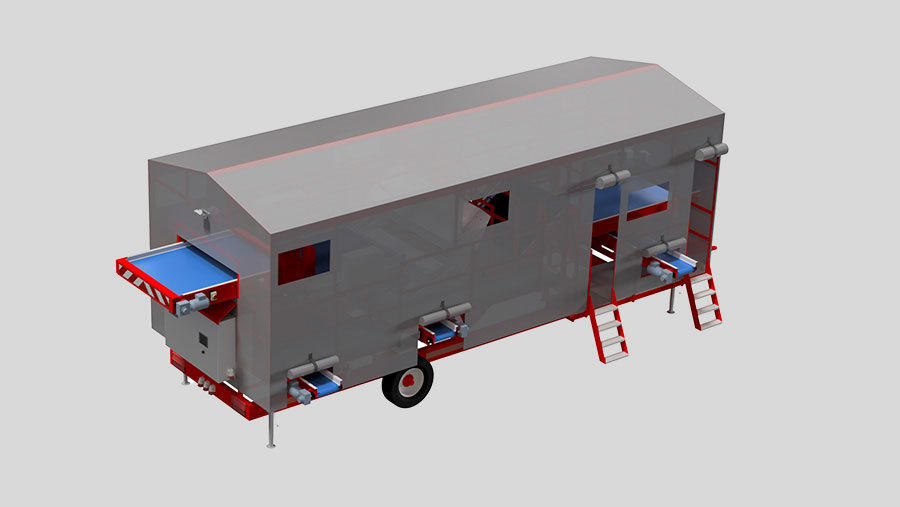 Joining forces, Grimme UK and the Haith Group have partnered up for the launch of their latest project – the new Pro Sort.

The mobile optical sorter has been designed to assist potato growers that are being increasingly affected by labour shortages, and works by automating the removal of stones, clod and debris from potatoes.

The mechanism is based on the Tomra 3A, a sorter that uses near infra-red multispectral sensors to differentiate between potatoes and foreign objects.

Similarly, the sensors can also detect green potatoes, which – like stones and debris – are removed at the end of the conveyor belt by ejectors.

The mobile unit can be used in the field or in a farmyard, and can accurately process 100t/hour.

Demos of the Pro Sort are currently being arranged, and, for those looking for a complete system, the new model is compatible with the Grimme RH receiving hopper and CleanLoader.