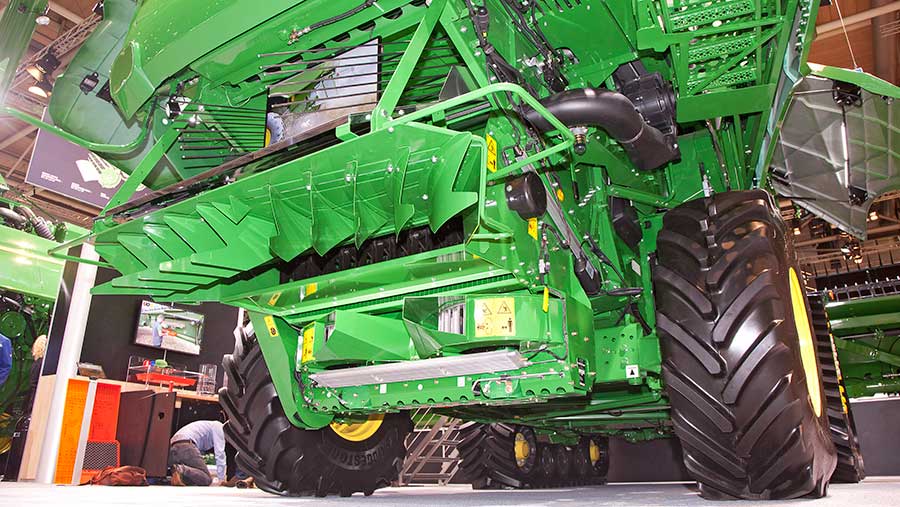 Redekop's device can be factory fitted to John Deere combines

A clutch of companies are now offering bolt-on kits capable of obliterating weed seeds as they are thrown out the back of the combine.

They all build on the basic milling concept developed by Australian farmer Ray Harrington, who used adapted mining equipment.

The technology has been taken on by Nick Berry, whose PhD focused on integrating the mining mill into a combine to destroy weed seeds.

The end result was the Seed Terminator, of which there are now 150 running on farms in Australia. It is also now available in Europe after German firm Zurn Harvesting reached an agreement to take on the import job. 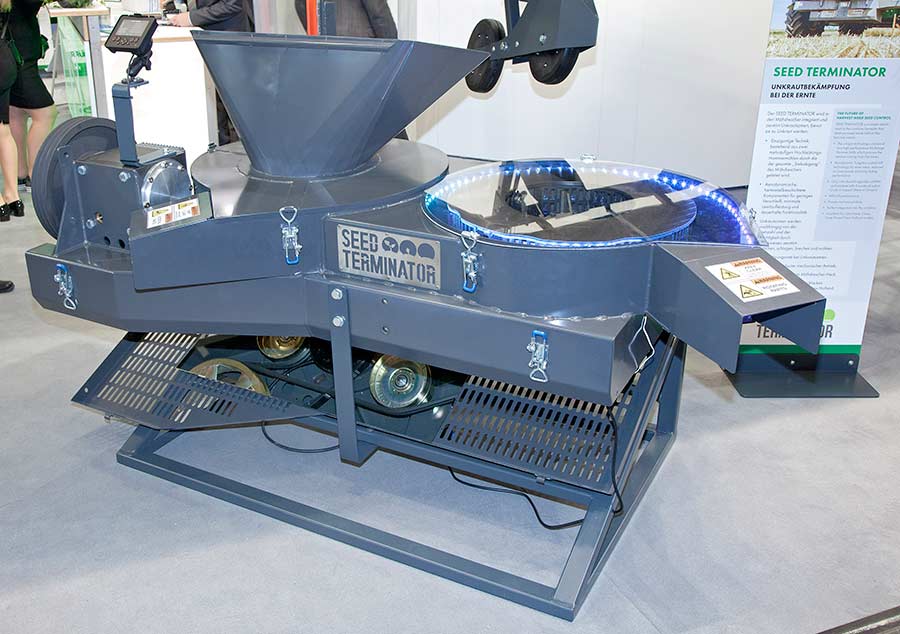 These include static and rotating sections that spin up to 2,950rpm and it is claimed to deliver 98% kill performance, even for grass weeds such as blackgrass.

Power demand can reach up to 100hp in heavy conditions, but Mr Berry says there is no avoiding this because of the energy required to destroy small seeds. The company charges roughly €85,000 (£73,200).

Canadian combine chopper maker Redekop has launched its own version of the hammer mill, which it will initially be selling in Australia. 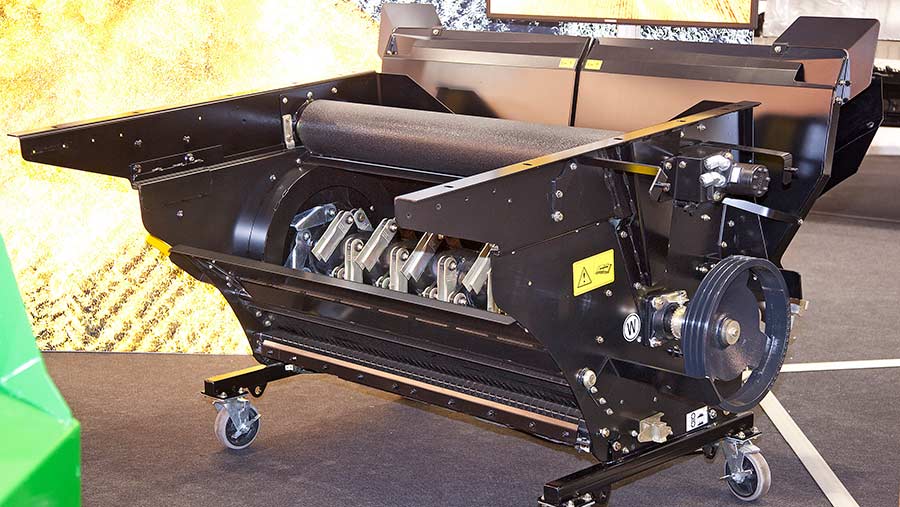 Redekop’s unit, like the Harrington, uses a belt drive from the combine

The system has been in development for the past six years and Redekop expects to have 25 units on farms this harvest, largely as a result of a tie-up with John Deere that will see the kit available as a factory-fit option.

Like the Seed Terminator it is belt driven but is slightly lighter in its design.

Given the abrasive nature of hard seeds, there are plenty of wearing parts – the company suggests being prepared to spend US$7,000 (£5,500) annually on replacements.