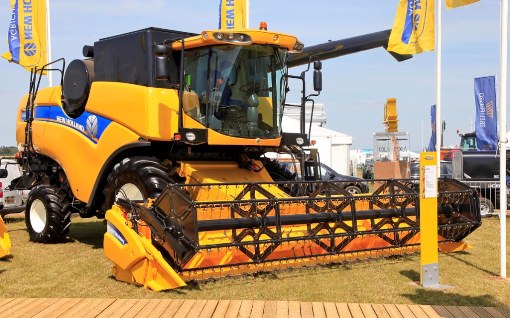 Automatic fan speed adjustment to counter the effects of harvesting up and down hill makes its debut on the New Holland CX5090, the most powerful (295hp) of two five-walker combines, and two CX6000 (six-walker) machines.

OptiFan speed is set on level ground but automatically slows or speeds up to compensate for different sieve loading as the combine works up or down a slope.

It complements the SmartSieve system, which introduces an element of lateral movement to the sieves when harvesting across slopes.

The replacements for the CSX range have turret unloading augers giving 100-litre per second output – up from 72-litre/sec – and greater trailer clearance, and SCR-spec engines with better power delivery and improved economy.