Irish arable farmers, contractors and machinery dealers succeeded in setting a new Guinness World Record last Saturday, 15 August, when 175 combines were put to work in one field at the same time. 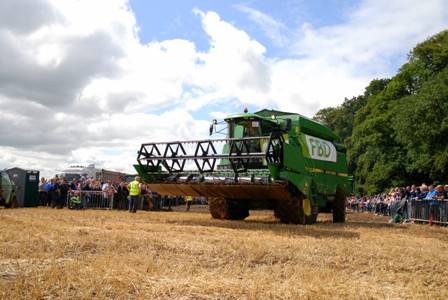 But perhaps most impressively, in more than trebling the old record of 56 combines – held by Australia since 2006 – participants also managed to raise €300,000 for four different charities.

A wet and windy start to Saturday morning had made for anxious moments for the Combines 4 Charity organising committee. But, by early afternoon, the rain had been replaced by a strong breeze, and the excitement of the 8000 assembled punters started to build in earnest.

Shortly after 2pm, 175 combines trundled into the 100-acre wheat field that awaited its place in the history books. Getting the combines into their starting positions alone took three hours – an indication of the logistical challenge involved.

The official observer from the Guinness Book of Records, Katie Forde, flew across the field to give the signal for all engines go. Engines roared, children squealed and smoked billowed into the clear blue sky. 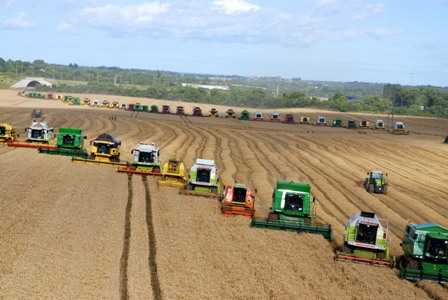 Clouds of dust formed behind each and every combine, some of which were brand new while others were more of a vintage class. Fifteen minutes later 100 acres of wheat had been harvested – making for a once-in-a-lifetime work rate of seven acres a minute.

Each combine had to come with €1,000 of sponsorship money in order to participate, so a mammoth fundraising effort was involved in the weeks prior to the event. Further funds were raised among the spectators. 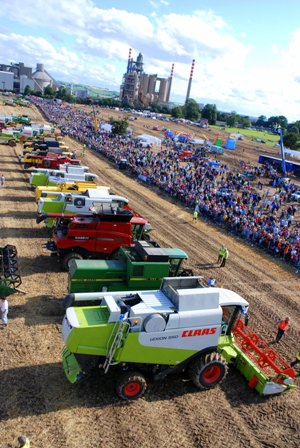 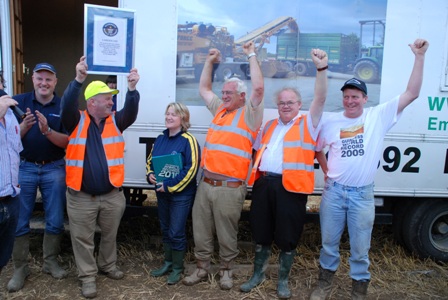