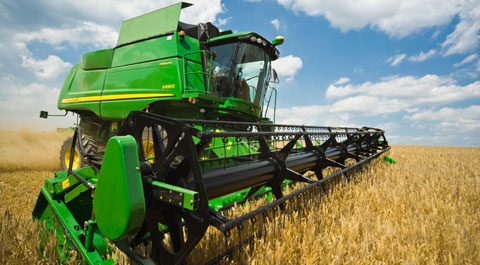 Last year Ian Clarke found himself at a tipping point with his five-year-old John Deere S690 combine. Having cut over (2000acres) each harvest, it was beginning to show its age and was at a point where its depreciation curve was going to take a steep nose-dive.

“With five seasons under its belt it had the potential to start costing money. We either had to keep it for another three or four years and accept it would be worth a fraction of its original value or bite the bullet and change it,” explains Mr Clarke.

“We were offered a good deal on the new machine and so we went for it.”

As is so often the case, Mr Clarke has stuck with what he knows in both harvester choice and dealer back-up.

“We’ve run John Deere combines for over 30 years but we’re not blinkered solely to green machines.

“In the early 1990s we joined forces with a neighbour who had a New Holland TX34. It was a great machine but when it came to changing Deere simply offered a better deal.”

This time around it was a case of continuing with Deere’s range-topper. “Having run a S690 for five years we know our way around it pretty well and know that it’s capable of doing what we need.

“Even though our arable ground isn’t that hilly we always go for the self-levelling HillMaster option purely because it means we can push on without having to worry about losses on uneven ground. Of course it’s worth more when we come to trade it in too.

“Ultimately we stick with John Deere because of the back-up we receive from our dealer, Hunts.”

Unsurprisingly the new S690i matches the output of its predecessor. In 8.6-9.8t/ha (3.5-4t/acre)crops of wheat this year it was churning out an average of 60t/hour. In barley that dropped to below 40t/hour.

“Output with these big combines is very much determined by yield and field size. With a 35ft header we were easily covering 100acres in a ten hour day in the rape.

“Fuel use works out at around half a tank a day – 625-litres – when we’re swathing straw. But when we set the chopper going it rockets right up. It’s a good job we bale nearly everything.”

One thing that has boosted output is the move to the 10.7m (35ft) header but there is a downside to that too.

“We’ve found that the 35-footer is brilliant in standing corn but, like any other table of that size, on undulating ground it struggles to scoop up laid crops of peas simply because of its width.

“We ended up hiring in a JD 2264 with 25ft table to do the worst of it. It’s a good job we did because our harvest ended up being pretty tight due to the late spring – the extra combine really paid off this year.”

The cab on the new machine is seen as a big improvement. “The wide front screen means there’s not much you can’t see across the whole width of the header and having a fridge is a real bonus,” says Mr Clarke.

Properly integrated GPS steering and mapping also gets the thumbs-up, particularly because it can be swapped between the combine and the farm’s other kit.

“Greenstar doesn’t tend to suffer from post-lunch doziness like a driver does so the header’s always full. It makes a definite difference to output but you don’t notice it until you lose the correction signal from the mobile network and have to start steering again yourself.”

Having a returns monitor means Mr Clarke is also able to push on when conditions allow by constantly tweaking sieve settings. The returns re-thresher is reckoned to be a good idea in principle but the handle to switch between crops often ends up gummed up with debris.

The straw chopper is more than capable of producing an even spread across the full working width but, as with many rotary combines, straw quality can be an issue.

“The 690’s weak point is definitely the swath that it leaves. The straw is smashed up and drops in such a narrow band that the guy on the baler has to weave his way along the row to make and evenly shaped bale.

“To counter that a bit we’ve pulled out the deflector plates so that it now comes out the back in a wider, thinner swath.” 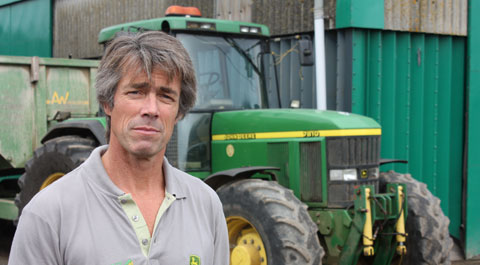 Ian Clarke says output from his S690i Hillmaster is impressive, but the threshing rotor hammers straw