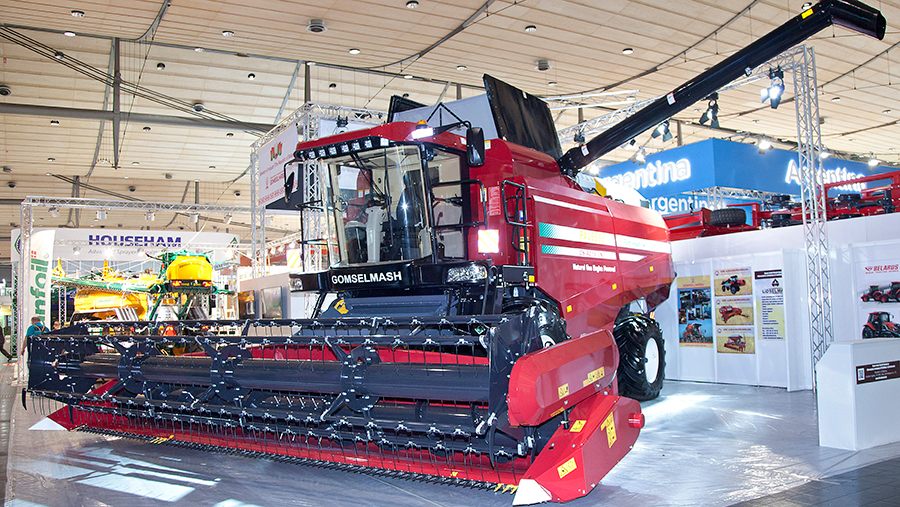 Its Palesse Pure Wheat combine (suitable for lots of crops – not just wheat) is apparently the first in the world to run on compressed natural gas and has been in development since 2014.

Impressively, it’s the only one to meet Stage 5 emissions rules without AdBlue or a particulate filter.

Instead, it is packed with eight cylinders (the equivalent of roughly 1,800-litre hydraulic capacity) to store enough methane for 10 hours of work at full engine load, or closer to 12 hours in lighter crops.

The gas supplies a 350hp zero-emission Cummins engine, with the rest of the machine using Gomselmash’s standard threshing system. This includes a 1.5m-wide drum and five straw walkers.

Surprisingly, the company reports demand from Belarus and Russia, with farmers from the latter having already taken delivery of eight machines.

Payback should be quick, says Gomselmash, as methane is roughly 60% cheaper than diesel and potentially free if you have a home-sourced supply.