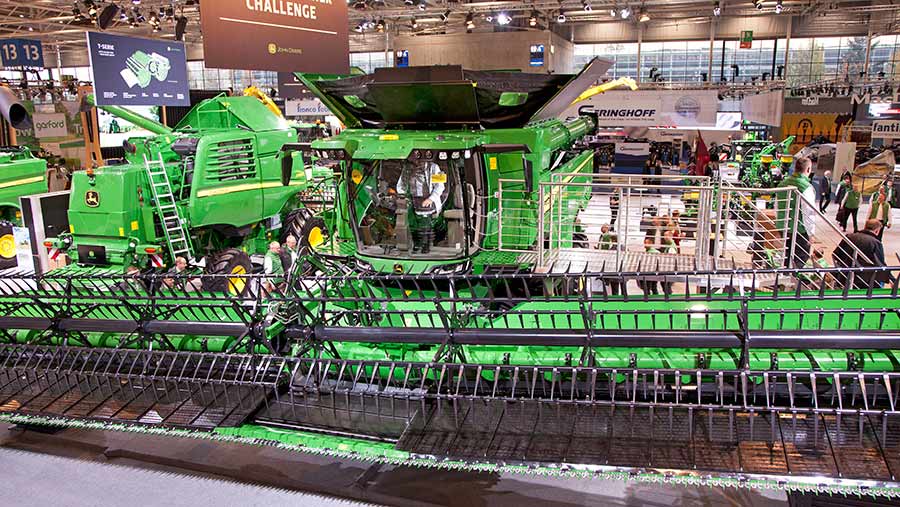 John Deere has launched a new top-end rotary combine that is vying for the title of the highest-output harvester on the market.

It’s called the X9 and uses a twin-cylinder separation system – unlike the single-rotor arrangement fitted in the firm’s S-series machines. This gives it a similar setup to New Holland’s CR-series machines and Agco’s Ideal.

Other details, such as engine size, power and output are under wraps for now. However, Deere is confident enough in the X9’s abilities that it has put up a €25,000 (£21,500) challenge for anyone willing to take them on.

Details we do know are that header sizes currently top out at 45ft and there is a new flex draper header that hinges in the centre. 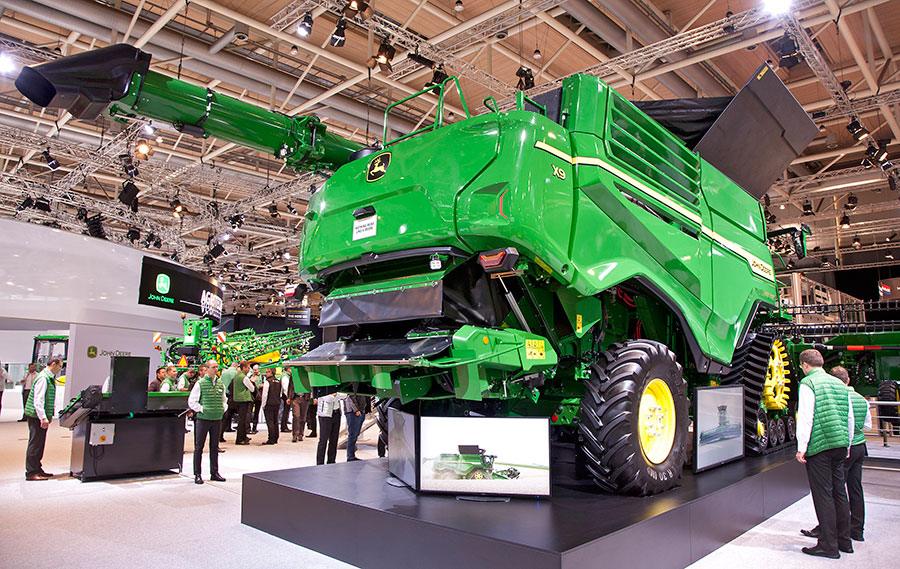 The cab has been upgraded – it’s the same one as on the 8R tractors – and offers a pivoting seat and control armrest, allowing the driver to get into a comfortable position. There’s also a revamped joystick and the promise of more sophisticated automation systems.

JD has offered a few other nuggets of information about the internals – apparently it has worked hard to smooth the crop flow into the machine and the cleaning area is larger than the S790i. There’s also a completely new chopper and chaff spreader arrangement.

According to Deere, the X9 has been 10 years in the making. For those keen to see it working, demonstrator machines will be working in the UK next harvest.