The company first launched a rubber belt option for its flagship S-series back in 2011 when it built the units in-house at a Hungarian factory and they have proved popular, with up to 60% of S-badged machines sold in the UK now fitted with them.

However, that operation has since been sidelined, with Deere instead choosing to partner with Canadian track specialist Soucy, which also supplies units for the likes of New Holland and Case-IH. 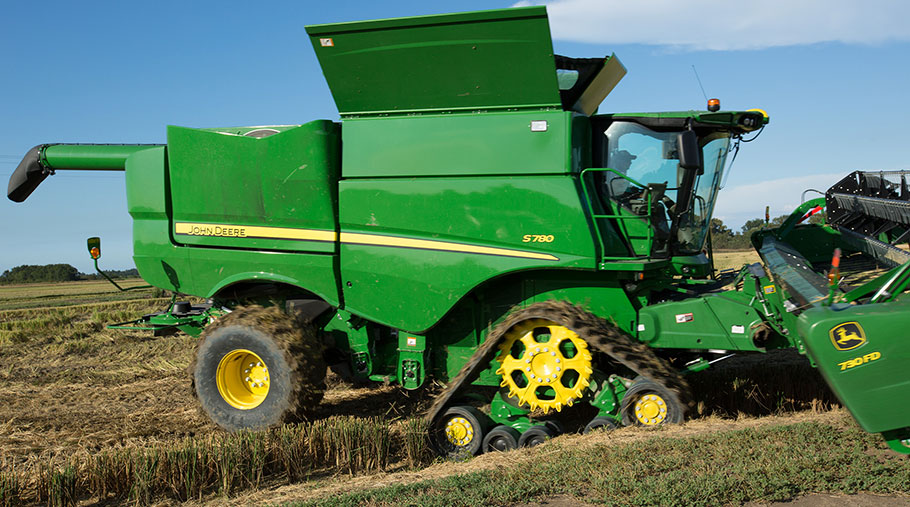 The change has added an extra width option – 30-inchers join the existing 24in design – and all new tracked machines can be ordered with either a 30kph or 40kph speed limit. Opting for the faster set-up, which requires minor tweaks to the hydrostatic transmission software, costs £2,493.

There are also 36in tracks, but they take machine width out to 4.55m, which rules them out on UK roads.

The company has stuck with the same triangular layout that uses a positive drive through a central spoked wheel and internal track lugs.

Central to the combine-only design is a five-pivot-point arrangement that should avoid the peak loads associated with more rigid track layouts. Two of the pivot pins allow the rollers to split, helping to climb out of dips.

Idler rollers have up to 180mm of vertical movement – an improvement of 50mm over old models – which has seen a 20% reduction in vibrations at the driver’s seat and, says Deere, a 50% improvement in durability.

The new tracks are particularly long, which helps provide a footprint roughly a third larger than what went before, while still keeping under 3.5m wide on the road (on 24in tracks). There’s also a deeper tread profile and an extra layer of steel cord in the rubber, which should make them last a bit longer.

Deere has also announced a few small changes to the W-series, which is made in Finland by Sampo.

The firm’s smallest machines now have a bigger cab, increased unloading speeds and a new control layout with a colour touchscreen, which stores basic threshing settings. 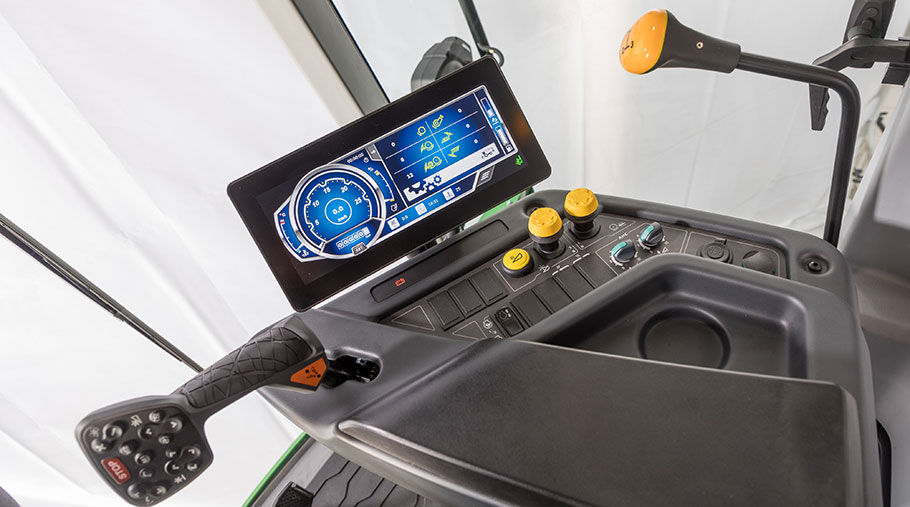 The W330 PTC, which will carry a maximum of a 16ft header, now has the option of lateral tilt on the header to help follow ground contours and a quick coupling system for hooking up the header.

W- and T-series straw walker machines have also been given a few internal tweaks to the cleaning shoe and separator drum that have improved throughput in most crops. 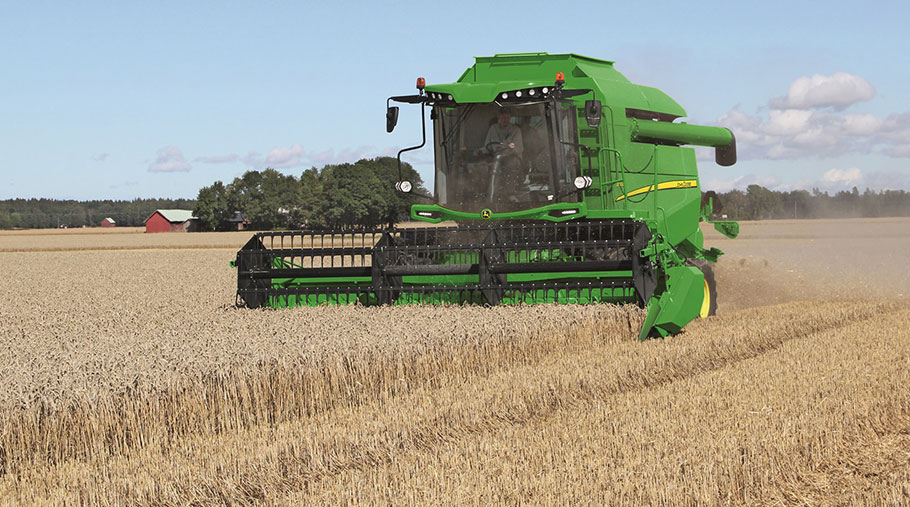 On the tractor front, Deere has rolled out its CommandPro joystick to the full range of 6R machines, after originally launching it on the 6230R and 6250R at the end of 2016.

It works in similar fashion to a Fendt joystick to control forward speed and includes 11 programmable buttons for the likes of the linkage, pto, spools and guidance.

The tractors also get JD’s 8.4in Command Centre 4200 display, which is 20% bigger than the 4100 and can be used to control guidance, section control, data documentation and Isobus-ready machines. 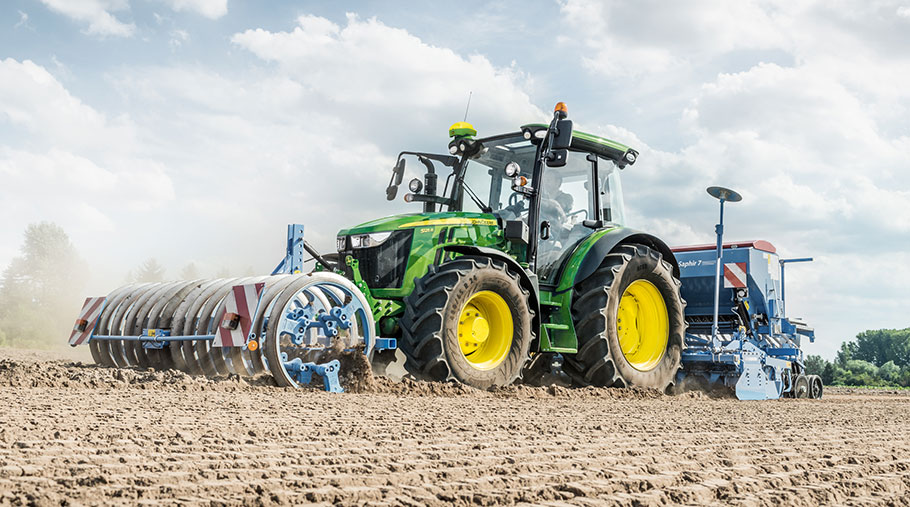 Lower down the horsepower ranks, the 90-125hp 5R range can now be specced AutoTrac-ready from the factory, rather than fitting a steering wheel motor.

Other new features include an extendable pickup hitch with hydraulic push-back via one of the spools and variable-ratio steering, which reduces the number of turns of the wheel from lock to lock.