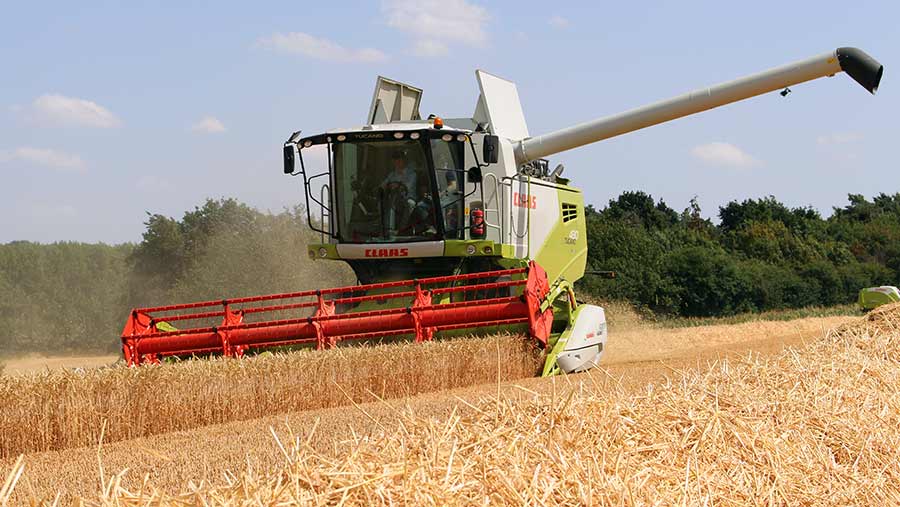 Catching the eye in the recent rejig is the new range-topping Tucano 580, that Claas say will bridge the gap between the 600 Lexions and existing Tucanos.

The new machine runs the same engine as current models but, crucially, the Mercedes 7.7-litre lump has been tweaked to comply with 2019 Stage V emission laws. It also offers a few more ponies than the 570, topping out at 381hp, up from 345hp.

It is available in five- or six-straw walker variants, with wider-bodied machines having a larger separation area, while grain tanks range from 6,500-litres up to 11,000-litres on the 580.

The forager and combine design teams have been swapping notes. Jaguar drivers will be familiar with Dynamic Power, which is clever technology that matches engine power curve to the operating conditions and scales back excess power to save fuel while still maintaining rpm – for example, when rowing up.

The Tucano has also pinched a Lexion feature – auto crop flow – which the firm says is fitted to almost every combine sold over here.

Controlled by sensors on the APS drum, sieves, straw chopper and engine, it can spot a blockage before it happens and cuts drive to the header, allowing the machine to process what’s already inside.

Claas combines are known for a steady dribble of grains from the spout, well after being folded away.

So the firm has installed a flap that activates once the unload has finished, preventing any overrun. There is also a handy storage area for knives and fingers inside the tool area door. 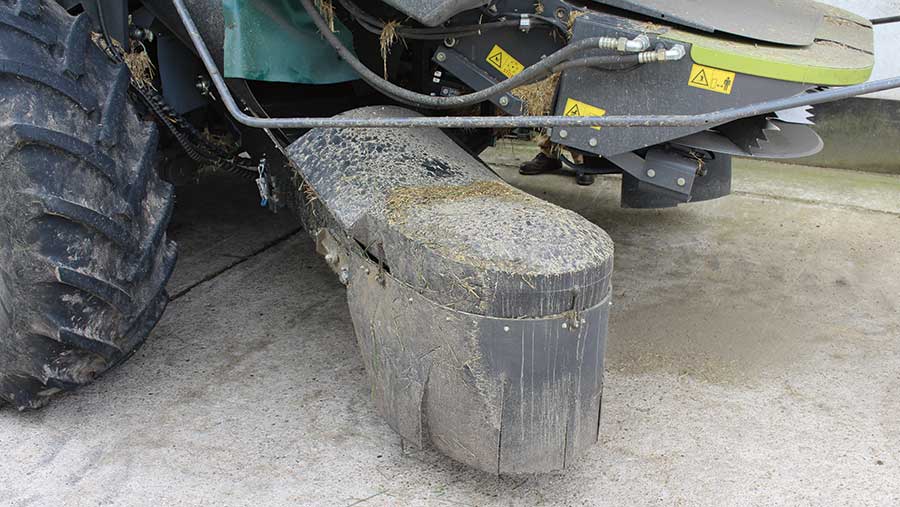 Tucano straw walker combines now have the Montana possibility for the first time since the introduction back in 2008, with five models having the hillside negotiator option.

The system provides compensation for slopes up to 18% on the narrow-bodied 560 and 430 models and 16% on the wider 580, 570 and 450, keeping the combine level for the threshing system to work at its optimum.

Once auto is engaged, the Tucano operates the various wheel rams automatically when turning on headlands and, handily, Montana systems run a separate hydraulic circuit, so there is no shortage of power when turning and unloading together. 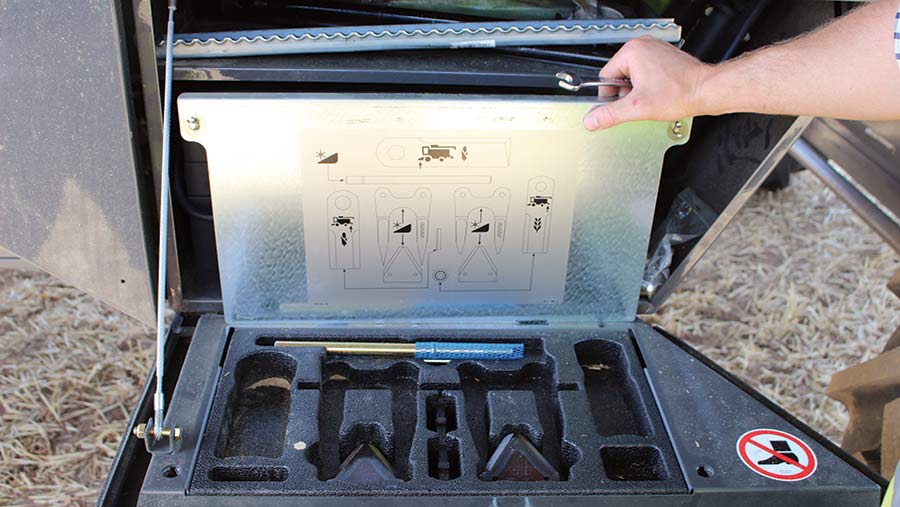 The new Cebis touchscreen has a combine silhouette in the centre of the screen with icons for the main working areas. Tapping one of these allows a screen to pop up with simple up or down arrows to alter settings – for example, fan speed or the option to manually input a figure.

Below this are loss monitors, which are much smaller than on previous Cebis terminals, along with speed and engine load readouts. An array of icons down the right-hand side of the screen take you to further adjustments.

The whole screen swings out of the way, giving the driver a full view of the header edge, while the uncluttered and thinner armrest gives the cab a minimalist and modern look. 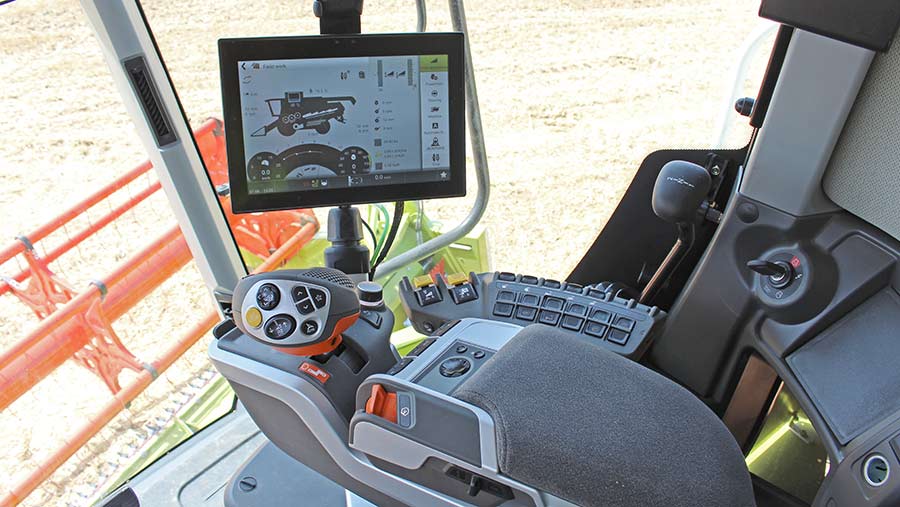 With the competition only just releasing combine automation systems, Cemos is in its third generation and has been around for seven years, with about 25% of Lexion 700s having the option fitted.

Its latest guise is a 12in touchscreen, which is identical to the new Cebis screen in the Tucano, with a silhouette detailing all the main combine areas, and a side bar on the right houses all the automatic options such as cleaning, cruise pilot and separation.

Differing from the competition, the Cemos automatic, available on Lexion 700 and 600 models, doesn’t have any pre-set paths at the start of the day, autonomously making changes as they are required due to the varying crop during the day, we’re told.