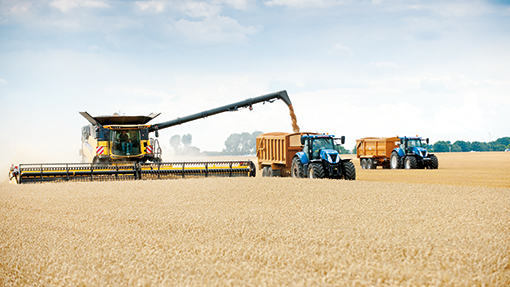 New Holland has had confirmation it has reclaimed the world record for the most wheat harvested within eight hours.

“We are extremely proud to have recaptured the Guinness World Records title for harvesting almost 800t of wheat in eight hours, shattering the previous record by more than 120t,” said Hedley Cooper, head of harvesting product management.

The record-breaking day’s harvesting, which started at 11.17am, was characterised by changing weather, with the ambient temperature ranging from 18-21C and light showers occurring from 5.30pm onwards.

The entire day’s activities were overseen and verified by Pravin Patel, a Guiness World Records record adjudicator, who was assisted by Alan Robson, agricultural chaplain for Lincolnshire as the second independent witness.