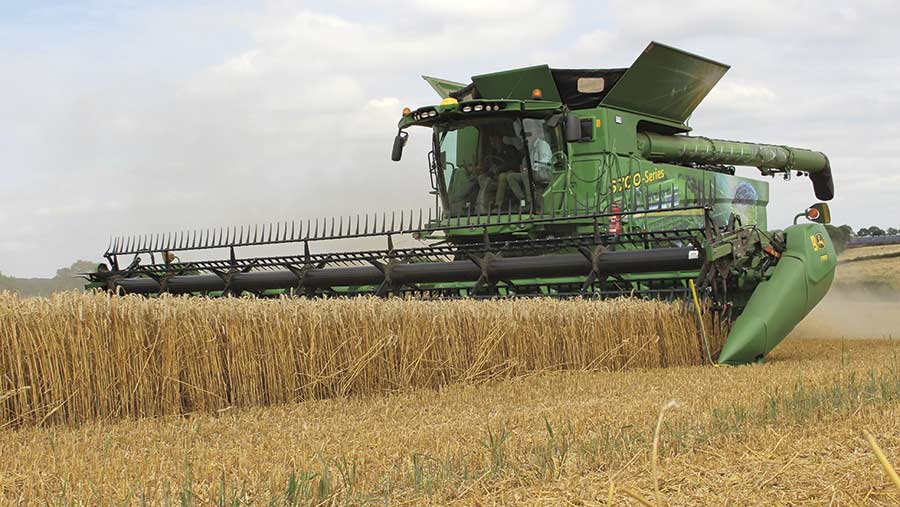 American machinery giant John Deere has launched a new flagship combine range and while the engines and power outputs resemble the previous S600 series, there are sweeping changes in the cab and technology.

The new S700 combines will be coming to the UK in 2018 and some of the new technology has been tested extensively in America over the past five years.

See also: How to keep your combine running in the wet

The new four-model line-up runs from the baby S770 at 449hp to the flagship S790 with 617 horses, however, the real changes come in the clever kit used to monitor and tweak the threshing settings.

All the new combines get the fourth generation 4600 screen that is currently seen on many of John Deere’s tractors including the 8R and 9R series.

This replaces the outgoing 2630 screen with the updated Command Arm also pinched from the high-spec tractors. 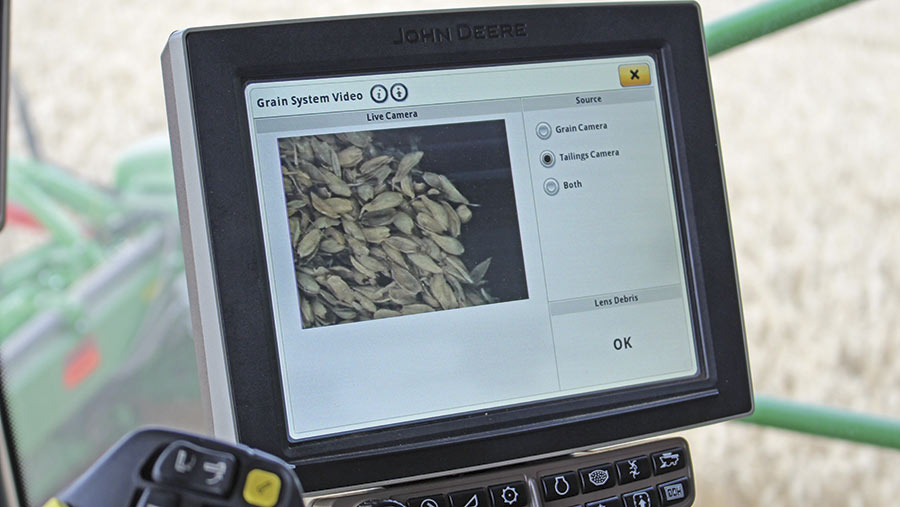 Settings are adjusted through the new touchscreen, with a bank of hotkeys below for quick access to grain handling and header settings along with a stack of other options.

To keep things simple, there are four home screen pages that can be customised to the operator’s needs.

Another feature familiar to 6250R users will be the Command Pro joystick, which houses header, spout and Autotrac guidance functions for one-handed operation.

There are also five buttons on the rear that can be assigned to roles such as header tilt or extend.

Integrated Combine Adjust is standard on Deere harvesters and provides advice on how to optimise the threshing performance.

However, there’s now an option for ICA2 – a system similar to Claas Cemos Automatic function – which automatically adjusts settings on the move by monitoring the crop, machine performance and matching forward speed to engine load.

The combine uses pre-set values as a base and records all adjustments in graph form, and Deere reckons it can improve total output by 20% by employing the system.

Operators can also tell the machine if something is wrong. If grain quality is poor or a dirty sample is being returned, information can be tapped into the touchscreen and the combine will respond by making adjustments and monitoring the change in performance to make sure the problem is solved.

There are now four cameras on the combine – two live feed ones for the spout and grain tank, and two still-shot cameras on the returns and clean grain elevators.

The still images are refreshed every two seconds and provide a clear image of grain quality and cleanliness on the screen. The combine also monitors each image for cracked grain, or a dirty sample before making adjustments, too.

Three weigh pads are positioned in the tank to record the weight of every load.

When combined with the moisture levels, these give an accurate reading of the exact yield and information can be transferred to form yield maps.

Deere has also launched a Draper 700 series header which has a larger auger and improved seals to reduce loses of smaller seeds. A 10-15% increased output when compared with a conventional header is achievable, the company says, while green and damp crops should feed-in better.

JD’s variant round baler range has been streamlined to offer basic, mid-range and contractor spec machines with the company claiming to have 80% of the market sewn up.