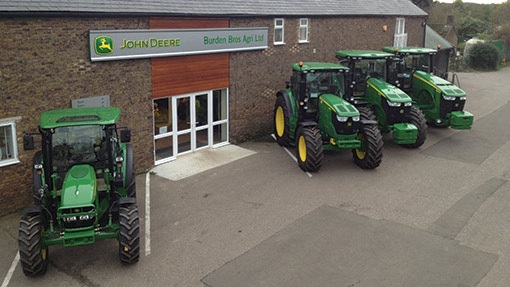 Your local machinery dealer probably looks pretty much like it always did. Rows of second-hand tractors, some new kit that’s just arrived, a workshop with the radio blaring and a cheery man behind the counter who will do his best to track down a new version of the obscure broken component you’ve just plonked in front of him.

But life is changing for dealers. Twenty years ago they just fixed breakdowns, sold new and used machinery and dispensed parts. They still do that, of course, but are now much more involved in carrying out structured pre-season and post-season maintenance plans.

Dealers, like farmers, have also found themselves caught up in a the modern high-tech express train that is precision farming. First it was light bars with a row of LEDs, then assisted steer (where a small motor turns the steering wheel) and then full hydraulically plumbed-in autosteer.

Now, though, it’s ultra-accurate RTK systems and telematics that allow every aspect of a machine’s performance to be sent back to the farm office.

All great stuff. But this high-tech revolution has left dealers in a slightly odd position. In the past, they were happy to provide free technical advice to farmer customers. It was part of the deal. However, as the equipment being fitted to tractors has become more complex, farmers have increasingly found themselves needing detailed technical advice from dealers.

Most dealers would probably say that providing a degree of backup for free has probably been fine until now.

But as the technology gets more complex and farmers need more detailed advice and help, dealer businesses are having to look at new ways of structuring – and charging for – the often complex technical advice that they routinely give out to customers.

Ringing the dealer when you have a problem won’t disappear, of course. But the advice you get in the future won’t always be free.

Tech at the heart of business

Burden Bros Agri is the dealer arm of Burden Bros, a busy Kent business that opened its first branch at Stockbury in 2007 and then Framfield two years later. It now has 43 full-time staff.

This is an area where farms are large and farmers are keen users of precision-farming equipment. They are also well used to maintenance contracts and servicing plans. In fact, 43% of Burden Agri’s tractor customers have a maintenance contract and 68% have a combine plan.

Burden Bros Agri sold its first Deere guidance product back in 2000 and there have been a series of new models and updates since then, notably Greenstar in 2001, iTec pro in 2008 and JD Link telematics in 2011.

The emphasis in the past year or two has involved Deere’s Farmsight telematics packages. These aim to give farmers and operators the ability to get help in monitoring machines – principally combines – providing preventative maintenance and even a bit of agronomic help by allowing users to compare yields on different parcels of land.

There are two systems. Select is the entry-level one, and gives machine location and runtime hours. It also alerts the owner if the combine is moved when it shouldn’t be.

Ultimate gives rather more in the way of remote performance data and machine status, allowing the driver to draw boundaries and then compare yields in two different fields.

Wireless Data Transfer is a new tool from Deere that automatically sends data back from field machines to the farm office. So no more memory cards and sticks to get lost. The system only needs GPRS (no 3G ) too.

Remote display access systems are also available now. This involves the farmer and dealer technician calling up the machine and looking at the same screen to tweak settings and improve performance.

All of which is great for everyone concerned, except that the increasing sophistication of the products meant that dealer staff were spending more and more time on the phone talking through technical issues with farmer customers.

“We have to measure the time that is spent – even if it’s a conversation,” says managing director Dale Burden. “We have had a varied response from customers – some had already seen it coming, others were anti it.

“We visited all our customers last year – 68 farms with 120 different systems. Fifty are on some form of support package and 20 of those have been bought since January.” 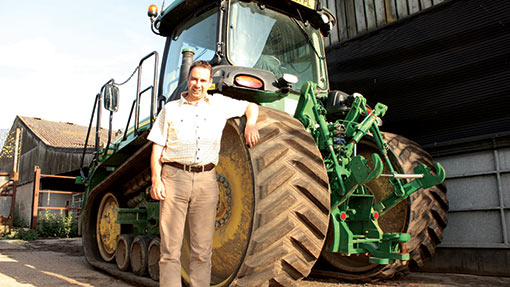 Montreal Estate near Sevenoaks in Kent, managed by James Standen, consists of 480ha of arable land, 120ha of grassland, another 480ha of contract farmed land and 400ha of woodland.

He started down the autosteer path in 2009, with both combines and several tractors all running the system.

He reckons that less overlap has translated into a 12% boost in efficiency, not to mention a useful reduction in driver fatigue.

He’s started using variable-rate drilling, too, and plans to try 10-20% this autumn.

Meanwhile the mobile RTK from Burden Bros has worked well on the drill with accuracy well below 25mm.

This is a hilly farm, he points out, with 70 fields with an average field size of just 9ha.

“Our topography is the main problem. The Starfire signal is getting better, but we find that mobile RTK is quicker to come back,” he says.

A Traakit GPS tracker lets him know where staff are, which helps meets health and safety commitments, and a Farmsight telematics set-up on one of the combines was useful in showing downtime.

“The system shows engine idle time, transport time and high idle time; it was useful but didn’t provide all the answers,” he says.

What sort of support would he like from his dealer? “We don’t use the phone support facility a lot, and normally it’s when we cannot resolve the issue ourselves.“

“I like the principle of remote display access to make it easier to make adjustments and see what the driver is seeing to resolve problems,” he says.

“We have been using the wireless transfer system this year, and making quite a few tweaks through the year,” he adds. “It saves on printer ink.” 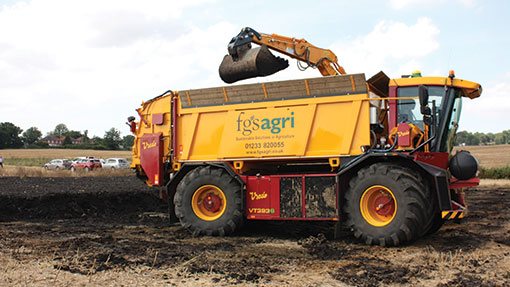 The key machines are an extraordinary 32t four-wheel-steer Vredo (pictured) that holds 20t of muck, a mixture of Deere and Case IH tractors, four Terragators, and a brace of high-spec Tebbe, Bunning and Streumaster muckspreaders.

Being ultra-accurate is essential in this game, as the Environment Agency doesn’t tolerate overapplication and iPads in the cab give a quick idea of where the muck has been spread.

FGS has been a long-time customer of Burdens and finds the telephone support facility works well. The two companies have also used their joint knowledge to adapt the Vredo’s GPS receiver to run in three positions according to the crab-steer position of the Vredo. This wouldn’t normally matter, except that the crab-steer gait of the vehicle means that a different type of receiver format unlike anything currently on the market is needed.