JCB has launched a new dual-mode gearbox that is said to combine the best aspects of a hydrostatic transmission and powershift technology.

The company claims that the DualTech VT variable transmission on its Agripro handlers is the first to effectively combine powershift and hydrostatic transmissions in one unit.

Below 19kph, the machine uses hydrostatic power; above 19kph, it moves to powershift with three mechanical gears taking the machine to 40kph.

That gives the best of both worlds, claims JCB, with the hydrostatic transmission giving fast response and fine-speed adjustment at lower travel speeds.

A brief history of JCB loaders

Then, once you pass 19kph, you get the benefit of a standard powershift gearbox that is good at both climbing hills and getting from one place to another quickly.

In normal drive mode, pushing the accelerator pedal influences both hydrostatic output and engine speed, with the electronics balancing the two according to what job the driver is doing.

You still get precision inching via the brake pedal, says the company, with the hydrostatic drive progressively disengaged.

Meanwhile, engaging flexi mode by pressing and holding the transmission downshift button allows engine speed and ground speed to be controlled independently – the first time on a Loadall, says JCB.

Power on the 4.8-litre engine is a sturdy 145hp and there is no need for a particulate filter. An electronic hand throttle selects pre-set engine speeds to give peak torque at 1,500rpm and peak power at 2,200rpm. A dial adjusts maximum speed available from the hydrostatic drive between virtually zero and 19kph.

The DualTech VT system economy function sets a 1,700rpm rev ceiling to minimise fuel usage, too, plus regenerative hydraulics that makes use of the force generated when you lower the boom. You can switch to two-wheel drive over 19kph to save fuel and reduce tyre wear, and average fuel consumption is said to be 6.4 litres/hour. Prices have yet to be announced. 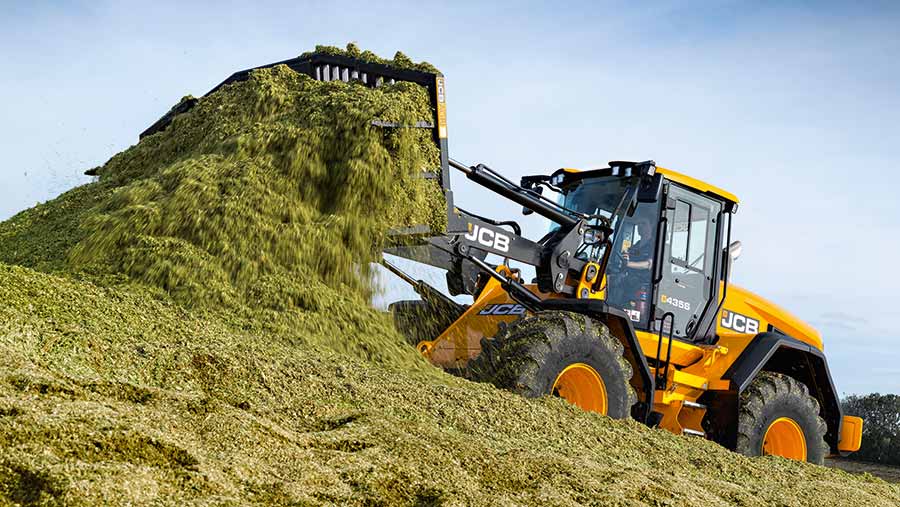 It is a 2m-high, 2.04m-wide model with 2.7t lift and 5.8m max height powered by a 4.4-litre, 109hp engine and hydrostatic transmission with independent ground-speed control and inching.

Looking for a cheaper model? JCB says its 525-60 Agri is a new model, launched this year, that gives pig, poultry, smaller beef and dairy farmers a lower-cost option than the 525-60 AgriPlus.

Lift height is 6m and max lift is 2.5t. The main difference between the Agri and AgriPlus is that the former has a 25kph gearbox, while the latter has a 30kph box.