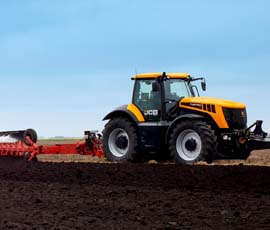 JCB has just announced it will show its new generation Fastrac 8000 Series tractors at next week’s Cereals 2011. Only brief details were available as we went to press, but there are two new models, the Fastrac 8280 and the flagship Fastrac 8310.

The 8280 packs 282hp and is a direct replacement for the strong-selling Fastrac 8250, which was launched in 2005. A new model, the 8310, has been launched for users wanting more power. At 310hp, it’s JCB’s most powerful tractor ever. Both tractors have JCB’s trademark high-speed capabilities plus Stage IIIB/Tier 4i engines and a GPS-ready option.

We’ll be providing full details as soon as the show starts next Wednesday.