From this month, UK distribution of South Korean Kioti tractors, farm buggies and mid-mounted and front mowers has been taken over by the Pols Group based in Holland. They had been sold by Reco since 2001 but that arrangement ceased on January 31 2016 when Reco closed the business. 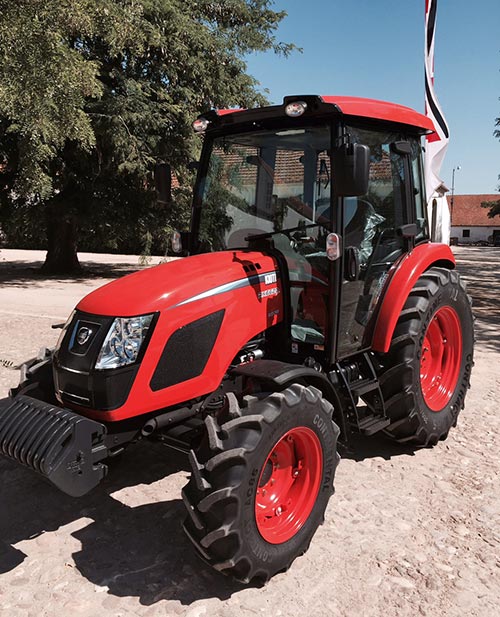 Spare parts supply will be handled from the Pols Group headquarters in Holland. They have already  been  supplying Kioti spare parts throughout Europe since 2006.

Kioti UK is currently working from the Reco premises but says it is looking for its own HQ in the St Neots area of Cambridgeshire.

Piet Van der Pols the CEO of the Pols Group said: “The launch of Kioti UK is an exciting venture for the Pols Group that promises to do extremely well.

“We are looking forward to working with the existing UK Kioti dealer network and developing  the brand in areas  where it is not yet fully represented.”

The company has several ranges of tractors, starting with the 26hp CS model, then going up to the 28-40hp CK range, 45-55hp DK range, 45-60hp NX range (ideal as a scraper, says the company) and 60-73hp RX.  Engines come from fellow South Korean company Doosan.

Bigger tractors in the PX range spanning the 95hp to 110hp sector were launched three years ago and the company is said to be planning a 145hp unit in a couple of years’ time.  Prices for the PX range are due any day.