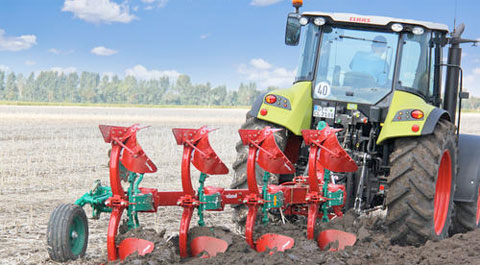 A bidding war has broken out between rival machinery giants Kubota and Case New Holland for the chance to buy Norwegian plough, forage and application kit maker Kverneland.

Last Friday, Kubota announced it was offering to buy 100% of the shares of Kverneland at 8.50 Norwegian Krone (NOK) per share. The deal hasn’t been finalised yet, but the board of directors of Kverneland had recommended the offer. Final approval, however, wasn’t due to come until the first or second quarter of 2012.

Then, on Monday, CNH announced that it was offering to pay a higher 9.50NOK (£1.03) per share for the Norwegian company.

The two firms already have a link – they struck a deal back in October this year to allow CNH to distribute Kverneland machinery in North America.

Whoever becomes the final owner, Kverneland is an attractive prize. Founded in 1879 and traditionally best known for its ploughs, it has built up a wide portfolio of products including cultivation kit, drills, mowers, balers, sprayers and fertiliser spreaders. It has some 2,500 employees.

Kubota came into existence in 1890 and makes tractors, engines, construction equipment, as well as a variety of non-ag equipment including vending machines, air-conditioning equipment, pipes and castings. It has 25,400 employees, and revenues in the year to March 2011 totalled 933bn Yen (£7.7bn).

Traditionally known in the UK for its compact tractors, the company has gradually pushed into the mainstream tractor market with models up to 130hp.

The acquisition of Kverneland would give Kubota an entry into the European farm equipment and the company expects implements to account for 50% of all its ag sales.

It also neatly turns Kubota into a long-line farm machinery maker that will be able to offer dealers a well-liked range of tractors and a wide choice of implements.

That means it will rub shoulders with that elite band of super-manufacturers such as John Deere, Agco and Case New Holland.