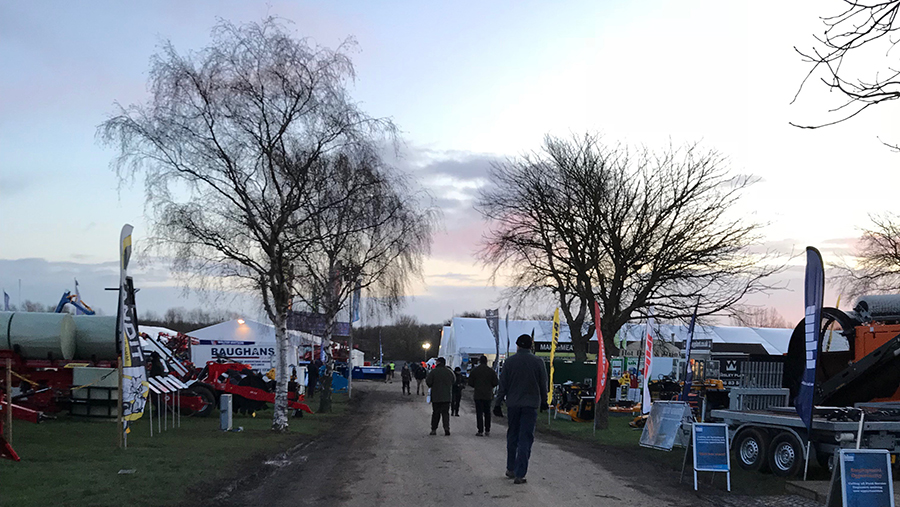 The premier UK agricultural machinery event – Lamma – has called off the second day of the show due to its Peterborough site taking the brunt of some strong overnight gales.

Reports say that a number of exhibition tents and roof tiles have been dislodged due to the weather conditions, resulting in the show being closed over safety fears.

Show organisers have kept farmers updated on twitter, with some show-goers opting for the relative comfort of nearby Peterborough services as they wait for updates.

Hundreds of farmers who arrived early have been parked on the roadsides around the East of England showground due to the show-staff restricting any access to the site.

There are now huge delays in the area as people try to make their way home.

See the damage caused by the winds and hear from farmers who’d planned a day out in these tweets.

Don’t worry about going to @lammashow, everyone is having a McDonalds breakfast networking event at Peterborough services #alternativeLAMMA pic.twitter.com/Gm73SnY4hx

#LAMMA18 closed, let’s go call on some already grumpy farmers after waiting in traffic to get here, waiting an hour or two, then waiting to get out ! pic.twitter.com/yQZjj8Cty4

Burger stand outside of EoE showground hits the jackpot this morning #LAMMA18
Its an ill wind………. pic.twitter.com/0uI3NbsA1I