This year marks the end of Lamma’s long-running history of alfresco machinery exhibition, before it transfers to the relative comfort of Birmingham’s NEC next year.

Close to 50,000 farmers made their final pilgrimage to the Peterborough Arena. We pick out the highlights from a sunny, but breezy event. 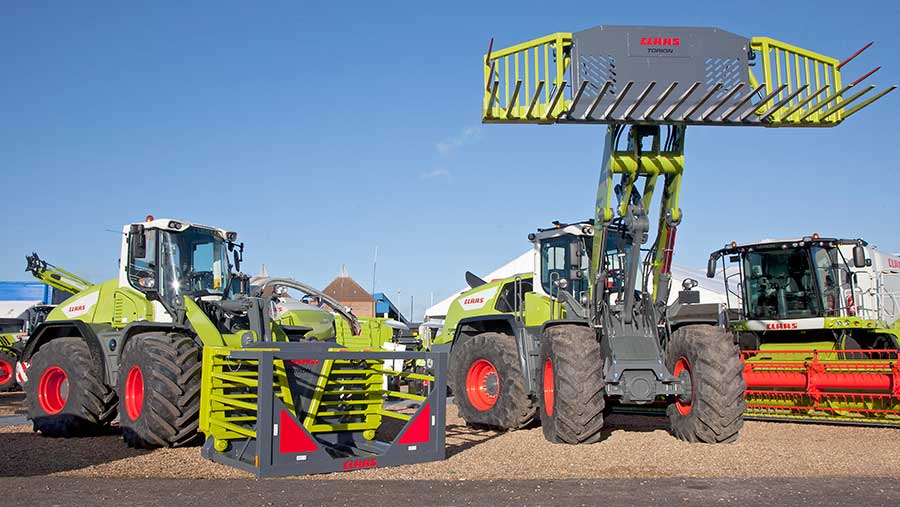 Thanks to its new tie-up with construction giant Liebherr, Claas’ stand was sporting some hefty looking loading shovels.

The biggest of the Torion range – first launched at Germany’s Agritechnica show last November – is the 228hp 1914.

This gets its power from Liebherr’s in-house 8-litre, four-cylinder engine and puts it down via the same CMatic CVT gearbox used in Claas’ tractors.

Max tipping load is 12.4t and the boom is available with either standard agricultural spec or a Z-bar linkage. There is also the option of a high-lift boom, which offers a max lift height of 4.64m.

Those requiring less capacity can opt for the slightly smaller 1812 with 195hp on tap and a tipping load of 11.1t.

At the lower end of the spectrum there are two Yanmar-powered models with tipping loads of 3.45t and 3.85t.

In a bid to offer a full sprayer range, manufacturer Vicon has released a brand-new trailed unit labelled the iXtrack T3, which is the first model in a high-tech sprayer series.

Aimed at small to mid-sized farms, tanks capacities range from 2,600 to 3,200 litres, with optional aluminium booms up to 24m, or steel booms from small 18m widths to double-folding 30m units. A rear steering axle is standard on all models.

An impressive list of standard technology includes boom levelling and headland assist, with an in-cab joystick and compatible Isobus terminal to control all the sprayer’s functions.

The compact machine measures 4m long and 3.2m high, with the parallelogram boom suspension remaining active on the road for a smooth ride, claims the company. 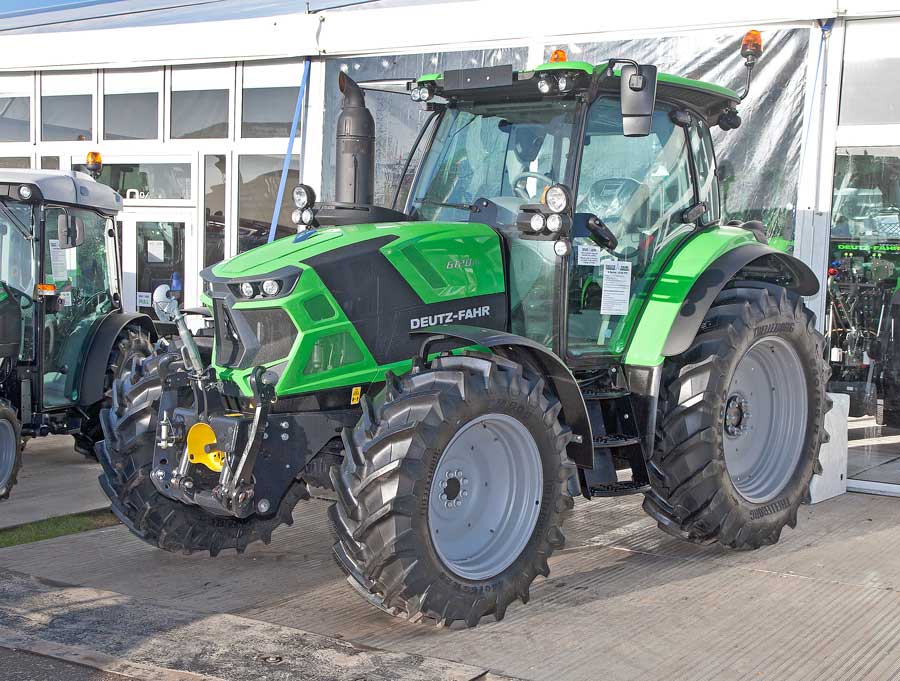 All models have Deutz-built engines, with the four-cylinder tractors running from a 3.4-litre lump, whereas the six-potters have a 6.1-litre engine under the bonnet.

Along with the bigger engine, the six-cylinder models now offer extra torque and are claimed to be more fuel-efficient, while sipping less AdBlue in the process.

A 188hp 6185 RC Shift was on its stand at Lamma and had a generous standard spec offering the new Maxivision cab with a multifunction armrest, 9,200kg rear lift capacity and a 120-litre/min hydraulic pump.

There are three transmission options offered by Deutz – the continuously variable TTV, the mid-ranking RC Shift, which has automatic shifting of the five, six gear ranges, with the standard option being a manual version of this. 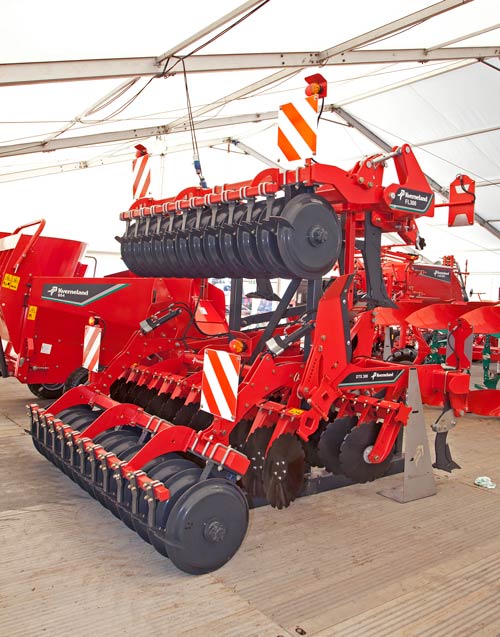 Since the closure of Simba/Great Plains’ Sleaford works last year, production of the popular DTX cultivator has transferred to Kvernelands’ factory in France.

The move has also brought with it a switch to KV red paintwork and a few minor design tweaks.

The most notable of these is that it now runs a set of discs lifted from KV’s own Qualidisc machine. These have a shallower concave than the Simba version and come with hydraulic depth control.

Up front, you will find the same leg assemblies, which come with the option of shearbolt or hydraulic auto-reset. KV plans to offer several packer options, but most UK machines are expected to go out with the tried-and-tested DD rings.

At the moment there is just one 3m rigid machine in the line-up, which should be available by March/April, but more will follow. Kverneland has also taken on production of the Flatliner V-formation subsoiler, which is available in three- and five-leg guises.