A week with the latest version of Land Rover’s stalwart Defender reminds you of its many strengths and weaknesses.

Sorry to start with a question of philosophy, but does the Land Rover Defender still have a relevance to the world of iPods and Big Brother? Or should it join the Morris Minor, Triumph Stag and E-Type Jag in the Gaydon Motor Museum?

Let’s hear the case for the defence. Last year’s changes (on paper, at least) make it sound pretty damn modern. For a start, the new 2.4 litre 122hp common-rail engine sounds good and pulls it along quite perkily. Then there’s the new six-speed gearbox which quietens downs the roar and makes 80mph motorway cruising surprisingly relaxing.

And the goody count has shot up too. Where once the Defender had all the comfort and sophistication of a Sherman tank, it now has a decent radio/CD, modern instruments, heated seats and air-conditioning. And the switchgear, which used to look like it had been fired at the dashboard from a shotgun, has been corralled into quite a good semblance of order.

It’s breathtakingly practical too, with rubber mats and not a fleck of flurry carpet in sight. It must be the only car you can (virtually) pressure wash on the inside.

And then there are the Defender’s traditional values. Its stocky, bulldog presence, that makes most off-roaders look like well-coiffed-but-nervy Cocker Spaniels. Its best-on-the-market 3.5t towing capacity, too, and the knowledge that if you suddenly needed to cross the notoriously swampy Darian Gap in Columbia instead of popping into Sainsbury’s, you probably could.

Now let’s hear the case for the prosecution. While last year’s modernisation helped, it does remind you that this is a design that’s been around for a long while.

For a start, you sit squashed up against the door, while a great gap yawns between you and your passenger. Then there’s that shallow screen with its field of vision strangely reminiscent of the view from inside a WW2 gun emplacement. Plus the ever-present roar of the engine, a din so immediate you wonder if you and it are separated by two layers of crepe paper and a bit of Bacofoil. 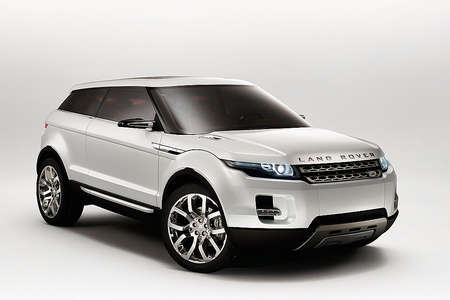 Other drawbacks? Wide turning circle, muscular gear change, 25mpg consumption, not to mention some plastic fittings that have a circa-1980 East European feel (and smell) to them. There’s also the business of the price too. The 90 Station Wagon we tried comes in at £26,235, which is venturing into luxury car price territory.

So is there still a place for the Defender? If you like a beautifully-made, quiet and sophisticated motor and hardly ever take it off the road, spend the money on the excellent Freelander instead. If you need to tow, or want something that will go anywhere a tractor does, and you don’t mind wrestling with some no-nonsense 1950s technology, this is the car for you.