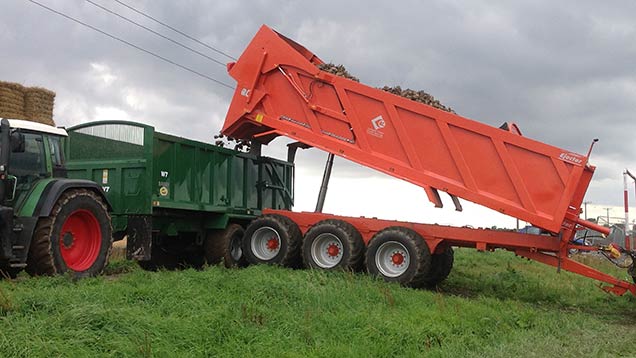 Larrington Trailers says it is still making trailers, despite rumours that the business has shut down. Managing director Richard Larrington says he was forced to call in the receivers after the development costs of the company’s prototype industrial straw shredder overran by £300,000.

After a proposed merger with another trailer-maker failed, the trailer business has been taken over by Agricultural Machinery Sales, the company’s machinery hire business.

The Lincolnshire company is still selling its Harvester and Majestic trailers, as well as its ejector trailer. However, the straw shredders and rotary ploughs have been dropped.

Though some jobs have gone, 22 staff have been retained and the company says it has £400,000 of orders on its books