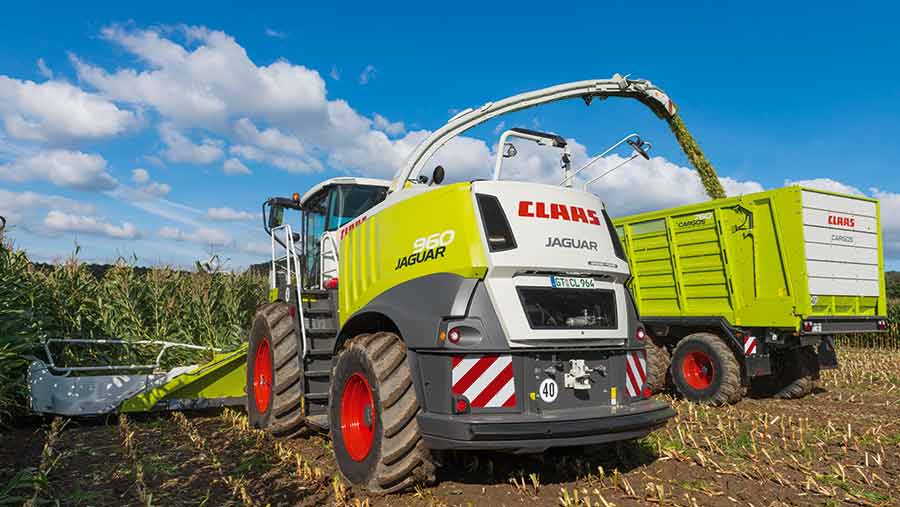 Shredlage may not be a familiar term for many UK farmers, but German manufacturer Claas’s latest long-chop forage system claims to increase yields and boost milk yields.

Claas has been working on corn-cracking technology for forage harvesters since the company developed the first cracker system for the Jaguar back in the late 1980s. The appeal of corn cracking, it reckons, is that it gives a useful jump in digestibility and boosts yields and weight gain.

The company’s latest crop processor, the MCC Shredlage, is said to give better crop processing and has been proven to increase milk yield by up to two litres a cow. That, says the company, boosts revenue and enables output from home-grown forage to be maximised without the need for bought-in concentrates.

The Shredlage process, which Claas has acquired the licence for, was developed in the US, where it has been used by dairy producers for a number of years. Shredlage involves chopping the maize to a long chop length of 26-30mm and the crucial part of the process is the subsequent conditioning using the cracker.

The two LorenCut rollers have 110 and 145 teeth respectively, with a 50% speed difference between the two. The unusual aspect of the rollers is that they also have a counter-rotating spiral groove, so that as the crop passes through the rollers, it is also pulled apart by the sideways movement of the teeth.

That means the cob pieces are fully broken down and the kernels are crushed to break them open completely. As a result, the stalk material is shredded lengthwise very effectively and the outer covering peeled off by the special roller structure.

The intensive shredding of the material significantly increases the surface area of the chopped crop, says the company, which gives improved bacterial fermentation in the clamp and subsequently during digestion in the rumen of the cow.

Studies by the University of Wisconsin, USA, have apparently found that Shredlage significantly increases the structural suitability of maize silage for the rumen, while also improving the availability of starch from all parts of the plant.

This resulted in an increase in daily milk production from the herds covered by the study of up to two litres a cow, says the company. The rumen-friendly structure of the silage apparently also improved the health of the herds.

The dairy farmers also reported a slight increase in silage intake, a flatter lactation curve and calmer animals. None of the farms involved in the study experienced any problems during the ensiling process of the longer maize crops.

Claas has also announced the arrival of its latest MCC Max rollers, which are designed for use in chop lengths from 7-22mm.

Instead of the conventional sawtooth profile, the two rollers use 15 sawtooth rings with a 30% speed difference between the two. As the crop passes through the rings it is not only crushed, but also sheared, ensuring that the kernels are more intensively conditioned and the stalk material is shredded.

As with the Shredlage rollers, this provides a greater surface area to boost digestible starch, which should help both livestock farmers and operators of AD plants. Claas says it will also benefit the operator by allowing them to meet the needs of a wider range of farmers without needing to change the corn cracker on the forager.

The new MCC Shredlage and MCC Max rollers are the latest addition to the Claas  MCC (Multi Crop Cracker) modular concept. The MCC system is based on a single crop cracker housing in which the range of different MCC Classic, MCC Max and MCC Shredlage cracker rollers can be quickly inserted and used.

Operators only need to change the rollers for different crops of chop lengths, says the company, instead of the whole housing. This should give the operator greater flexibility and less downtime.