New equipment for handling cattle and materials were evident among the machinery exhibits at the Royal Welsh Show this year. 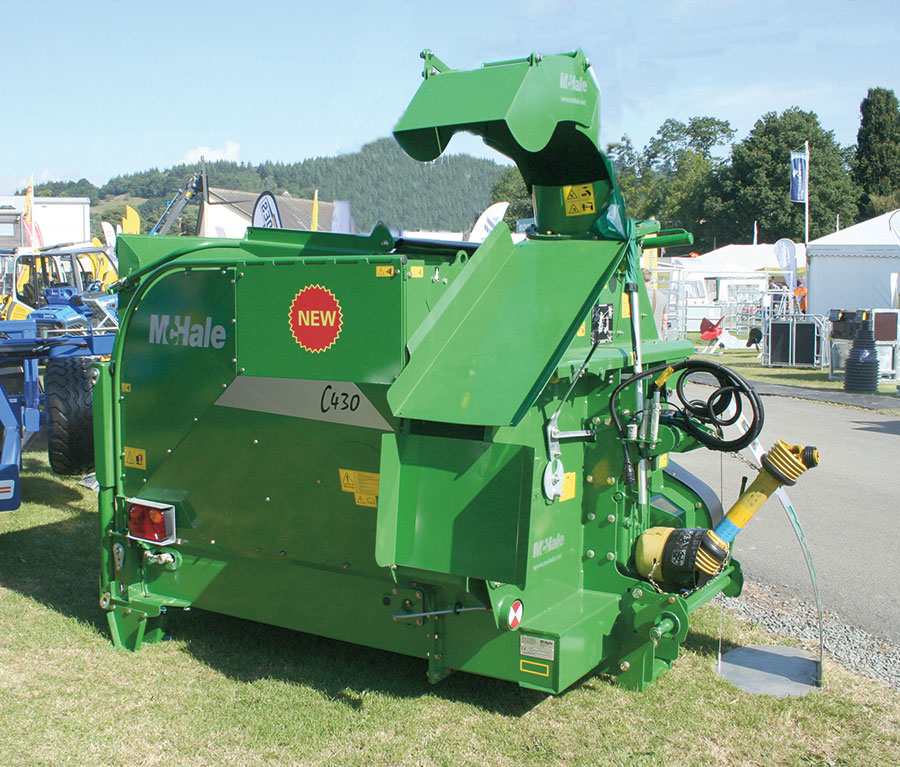 A tractor-mounted bedder-feeder has joined the two trailed models in the McHale range, and thanks to some weight paring – said not to impact the machine’s strength – it can handle silage as well as straw and hay bales.

The McHale C430, starting at about £11,000, has a 1.3m bed conveyor made from galvanised steel for durability, a single shredding drum with multiple blades and a pto-driven blower.

The shorter body and mounted configuration make it a better choice for situations where there is little room to manoeuvre, suggests McHale, and in-feed/bedding passages that can be accessed only from one end.

Its 2.2cu m body and rear self-loading ramp can accommodate a pair of 1.2m diameter hay or straw bales but a single heavier silage or haylage bale is recommended to maintain stability.

Joystick chute control, side-mounted switches to operate the ramp and conveyor are included in the “no options” spec package for the machine. 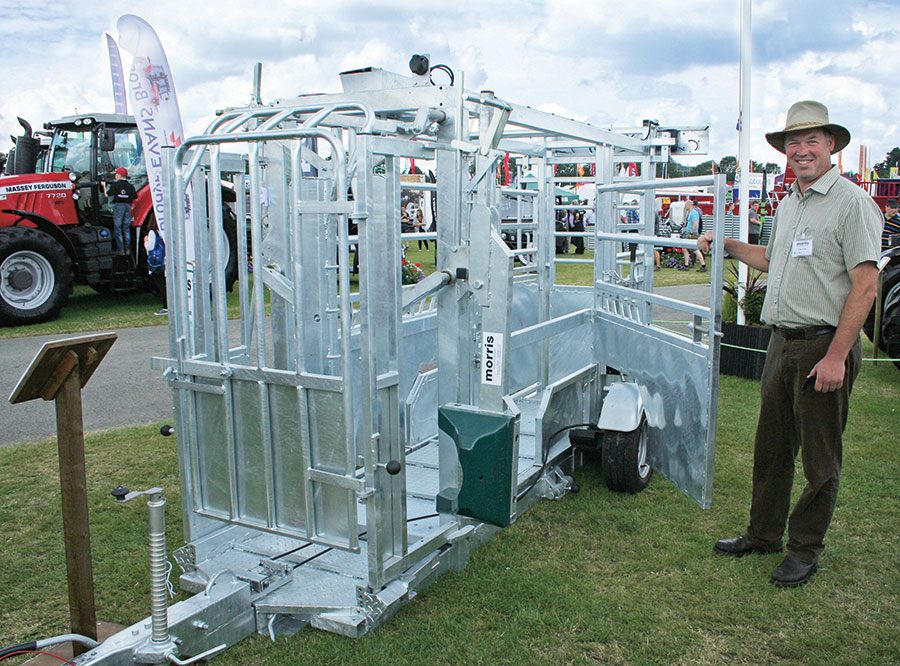 A Royal Welsh Agricultural Society Award of Merit was earned by Jones of Lydham for its new Morris Mini Mobile cattle crush.

Unlike the company’s full-size tractor-drawn cattle handling systems, the “mini” is designed for towing behind a smaller 4×4, pick-up truck or car and is priced from about £7,000.

“Not everyone has a vehicle with 3.5t towing capacity and we were being asked for mobile crush that could quickly be moved between locations,” explained Paul Jones.

“We’ve also had interest from vets thinking of taking their own handling set-up with them.”

While the top half is standard Morris crush, the lower section has cut-outs in the side doors to clear the wheels, which remain in place at all times.

There is a removable drawbar at the front and cables to the brakes that are moved aside for cattle to exist the crush, which is lifted on hydraulic cylinders that also provide suspension when on the move.

Buyers can opt for a manual or electric pump to raise and lower the crush, which can incorporate weigh cells, a scoop-type head restraint and fixed or fold-in sides.

These increase the 1,400kg weight of the basic configuration closer to the 1,800kg maximum rating but there should still be some spare for a couple of hurdles. 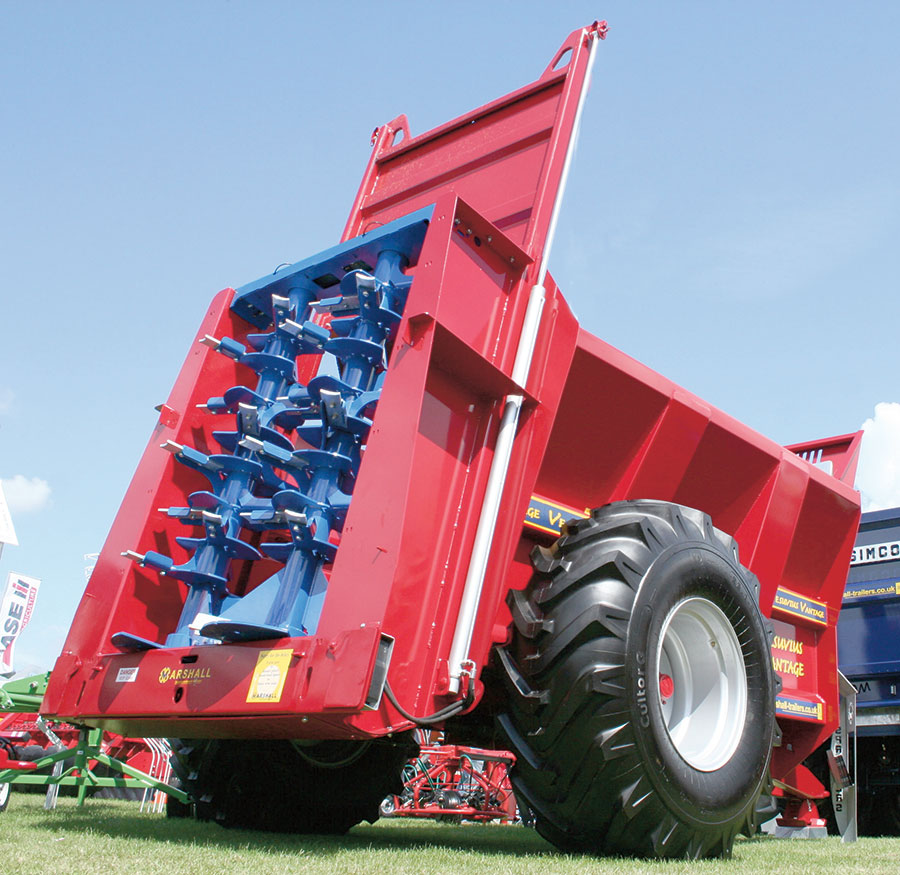 New production tools at the company’s Aberdeenshire factory have helped Marshall Trailers update its Vesuvius Vantage manure spreader with a revamped body and new holders for the spreading auger beaters.

The Vantage is unusual for having a sliding bulkhead to move its contents towards the two rear-mounted vertical beaters.

“There are no bed chains to maintain and adjust or to replace when they break with a load of muck in the spreader,” says Charles Marshall junior.

“The UK patent-protected mechanism that moves the bulkhead – a three-stage hydraulic cylinder – is away from the dirty stuff outside the body, so apart from being simple with very moving parts, it’s easily accessible if a seal needs replacing.”

A removable slurry door is standard and also at the rear are new beaters with larger reversible tips held in folded carriers that are welded to the tube.

“The new carriers with folded edges protect the bolt heads, so you don’t find they’ve been rounded off when it comes to reversing or replacing the tips,” says Mr Marshall. 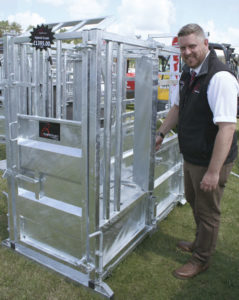 The new Hybrid crush from LM Bateman is to combine the best features of the Welland, Universal and Empire models it replaces.

“Producing a single crush in bigger volumes obviously has benefits in terms of costs and availability,” points out Wez Hall of Bateman.

A removable backup bar and another three removable bars plus opening lower doors give clear access to a beast for treatment or should it go down, although anti-slip battens help keep a sure footing on the chequer plate steel floor.

The battens are held just clear of the floor so that it can be washed clear of any muck and debris.

Brackets for a winch and rear leg supports prepare the Hybrid for foot-trimming and the entry gate and saloon bar yoke gate lever can be configured easily for operation from the left- or right-hand side of the crush.

Up front, “TB testing” doors are set into the yoke gates for easy access to the animal’s neck. 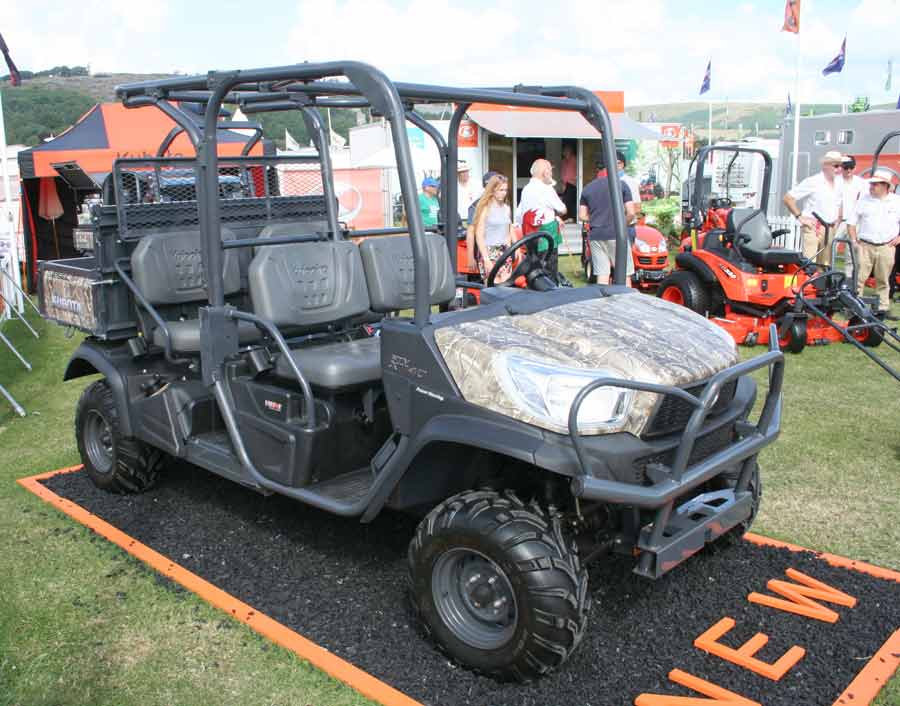 Convertible between a two-seat load carrier with a 0.54cu m hydraulic tipping cargo bed and a four-seater, has sacrificed some load capacity to give rear seat riders some more legroom on the RTV-X1140, with cargo deck capacity four-up reduced by 15% from 0.33cu m to 0.28cu m.

Still a handy load area, though, that tips hydraulically and is now easier to load from the side when in the full-length configuration thanks to the switch from a six-post to a five-post rollover protection structure frame that eliminates the obstructive rear side supports.

Fully independent rear suspension with coil spring and damper units should result in a more compliant ride over rough ground since this set up replaces a more basic DeDion axle semi-independent arrangement with leaf springs.

There is now 236mm of ground clearance at the back to complement the 274mm at the front and 203mm of wheel travel all round.

A 20% larger radiator helps cool the 1123cc, 24.8hp carried over engine and there are some refinements to the three-range hydrostatic transmission. 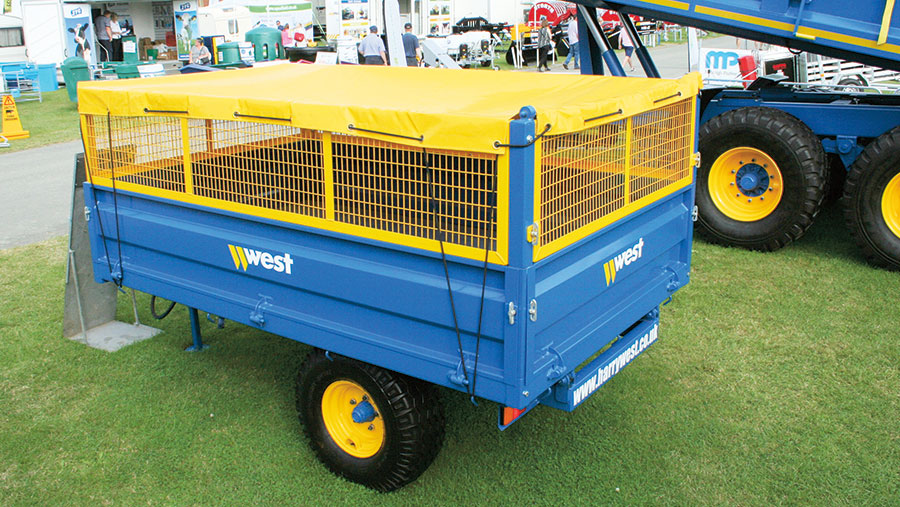 It’s not just the biggest equipment that attracts attention – Harry West had interest – and an order – in this diddy 2t tipping trailer, which was commissioned for a waste shredding operation.

Priced £2,400 in basic form with a 2.4mx1.5mx0.38m steel dropside body, the trailer can be given mesh extensions, including a swing out top section above the tailgate for clean emptying, at £425 a time and a fitted top sheet for £170.

Hydraulic brakes at £200 and LED road lights for the same amount bring the spec up to the unit exhibited at the show.