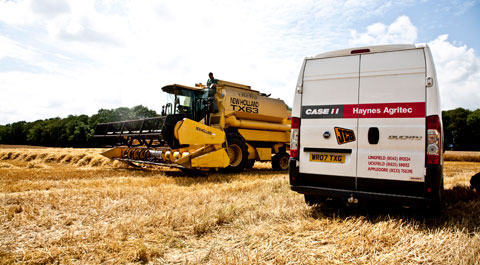 There’s nothing worse than getting into harvest, with a fine forecast ahead of you, and the combine breaking down. Not only do you face a frustrating delay in activity, the potential repair bill could be hefty.

Perhaps that is why an increasing number of farmers are taking out five-year maintenance packages, which fix their servicing and repair costs, and hopefully, ensure they have reliable equipment that will work when it is needed.

But does it always work out that way? According to Will Gemill, head of farming at Strutt and Parker, not always. “Generally speaking, we are favouring more and more manufacturers’ agreements, particularly as it helps with future budgeting. When something goes wrong nowadays, it can cost thousands of pounds.

Having said that, the lesson we have learnt is to look closely at the small print and what you are signing up to. We’ve had one or two agreements with dealers that have not turned out to be as expected; you think something is covered and it turns out not to be.”

Usually, problems arise in the definition of wearing parts, which are not covered by the package. “On one or two occasions, brakes have not been covered, which we found surprising. But you get what you pay for – if it’s super cheap, you need to look into why that might be.”

That said, when using a machine on contract hire, Strutt and Parker takes out a servicing package as a matter of course. “And we are doing it more and more when purchasing outright, because it provides peace of mind – you know what you are going to be spending on your equipment over the next five years.

If you have a really reliable machine, you could argue that maybe you could get away without it, as you are always paying an element of insurance premium. If you did the sums over 100 machines, you would probably end up worse off by taking out a maintenance package.

“However, it does prevent you exceeding your budget when things go wrong, and there is always an element of negotiation to be had. I would always rather have an agreement directly with the manufacturer than through a dealer, but it comes down to who you’re dealing with and whether you trust them.”

Although not all schemes guarantee a replacement vehicle in the event of a breakdown, this can be written into the agreement, and manufacturers are generally good at providing combines during harvest, he adds. 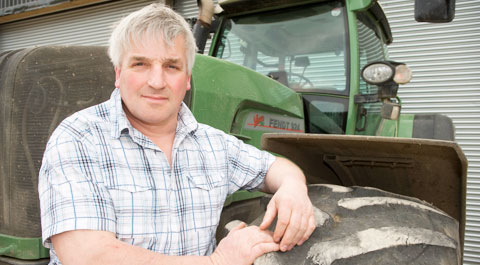 Robert Law (pictured), who farms 1,200ha near Royston, Hertfordshire, decided to put all his tractors and forklifts on warranty and service packages about two years ago, and is very pleased he did.

“We have five Fendt tractors and took out a five-year or up to 6,000 hour package with our dealer. We paid out £16,500, which seemed like a lot of money at the time, but I’ve effectively got my money back already.”

When one of his Fendt 820’s had a major transmission failure at only 1,400 hours, it would have cost almost £10,000 to get it fixed. Mr Law also recently spent £2,200 on servicing and repairing a JCB forklift, so when buying a new Caterpillar forklift, he opted for a five-year package at £3,600 plus £550 per service.

“Fixing the price now means we will certainly be better off. I like that I can put a figure in my budget and don’t have to worry about getting breakdowns and horrific bills – and it does make you service everything on time.”

He also plans to take out a package for the combine this year, and negotiates all agreements directly with his dealer. “I’ve dealt with him for 30 years and he knows how we work.

If I need a replacement he will normally find me one, and it’s a lot more flexible than manufacturers’ packages, which are often backed by insurance companies that like to pick holes in everything.”

Most machines are sold when they reach 5,000-6,000 hours’ service. “It’s just too risky after that – I do have a tractor that’s done 8,000 hours, and I just spent £10,000 on the brakes and an engine rebuild. There are so many costs you can’t control – by taking out a maintenance package, that’s one thing I can get a handle on.”

Maintenance and fuel consumption. These common faults can increase fuel use:
See more
Share this
Advertisements