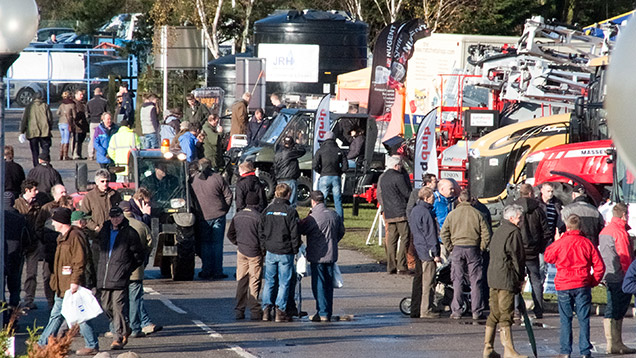 Farmers and contractors have a new two-day regional machinery show to visit today. Called the Midland Machinery Show, it takes place on 12 and 13 November at the Newark Showground.

More than 160 stands have already been booked, says show organiser Jayne Olney, with a high proportion of exhibitors from the region.

“It’s not intended to be a rival to the Lamma show at Peterborough,” she said.

“It’s very much a regional show, with most of the visitors expected to come from Yorkshire, Nottinghamshire, Lincolnshire and Derbyshire, although we have been informed that people are travelling from as far north as Cumbria and from Staffordshire in the West.”

The original plan was to have a one-day show, but exhibitors were keen to make it a two-day event, she added. The focus will be on smaller and medium-sized manufacturers, rather than giant tractors and combines.

The event is free for visitors. Parking is on hard-standing and the free-draining land should ensure that getting in and out of the site won’t be a problem.

Will you need an umbrella? According to the Met Office, there will be sunshine and the odd shower tomorrow and it will be cloudy-but-dry on the Thursday.