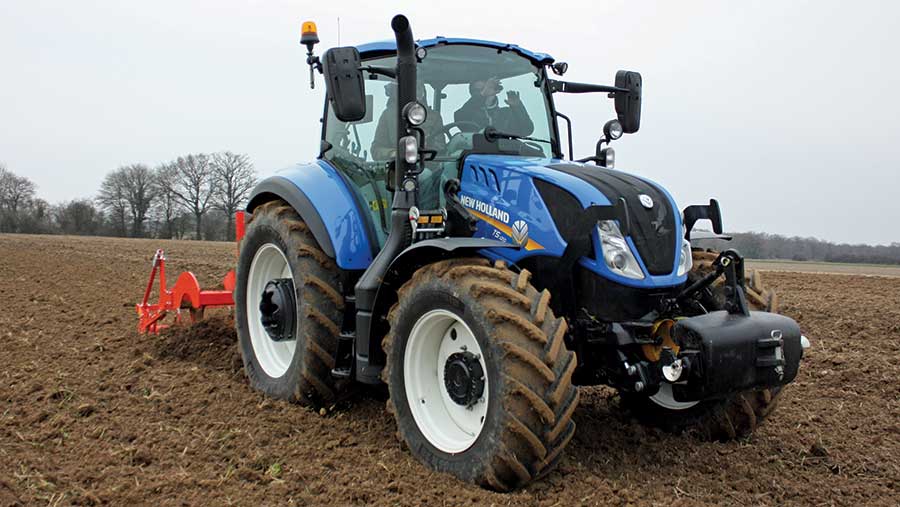 Tractor markets across the globe may be in the doldrums, but that has not stopped the manufacturers from squeezing out more horsepower from their engines and adding more goodies in the cab.

New Holland’s T5 (pictured right) range gets a 5hp boost all round, giving stock farmers in particular a choice of 100hp, 110hp and 120hp models.

Engines are four-cylinder Fiat 3.4-litre Tier 4B units with 24% more torque backup, says the company, and the fuel tanks have swelled a bit to give 165 litres of diesel and 12 litres of AdBlue. Lift capacity is up, too, to give 5,420kg at the rear and 1,850kg at the front.

The days of unsuspended cabs and front axles on tractors are fast coming to an end, so it is no surprise to see the option of both NH’s Terraglide suspended front axle and its Comfort Ride cab suspension on the spec sheet, not to mention the option of front brakes.

Most of the tractors in this hp bracket will go out with a front loader, so NH says it has fitted a wider loader with bolted towers and the option of side rails. You can also opt for a heavy-duty front-axle that can accommodate 28in wheels. Fresh mechanical and electro-hydraulic joysticks are an option, too, with transmission and loader function buttons on one unit. 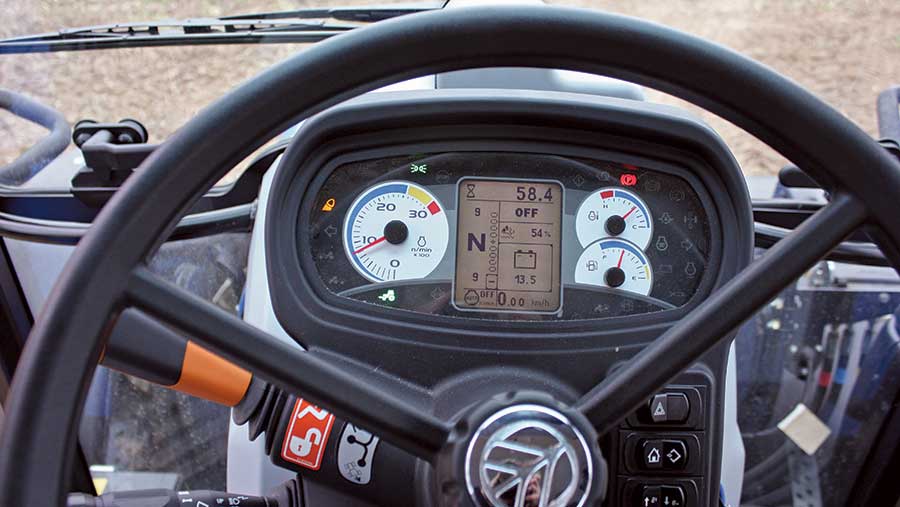 Life has become a bit more high-tech in the cab as well, with a tiltable steering column, wider windscreen, more stowage and some seriously bright Led lights. Given the UK’s characteristically gloomy weather, you may want to go for the optional bank of eight LED work lights. And there are no bulbs to blow, either.

Instrumentation has been boosted, with Isobus Class 11 capability, making it easier to monitor and control all implements, plus the option to fit an Intelliview 111 monitor.

Users get auto transport and auto field modes, plus a creeper. There are also three settings on the shuttle to alter the sharpness when you go forward and backwards – good for loader users. Gross vehicle weight has gone from 7.4t to 8t. 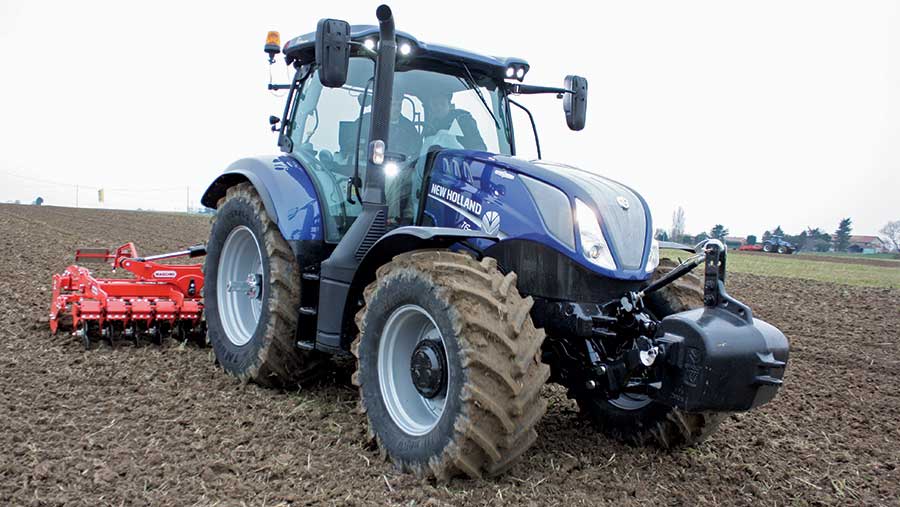 All the models use four-cylinder, Tier 4B 4.5-litre Fiat engines, however six-cylinder fans will be pleased to hear NH has retained the top-of-the-range brawny 6.7-litre six-cylinder engine in the T6.180 that pushes out 175hp.

Gearboxes are either NH’s Electro Command powershift or its Auto Command CVT, however the bottom-of-the-range T6.125 and top-of-the-range T6.180 only come with powershift. The powershift box also has auto-transport and auto-field settings to reduce the amount of frantic gear-changing on busy roads. 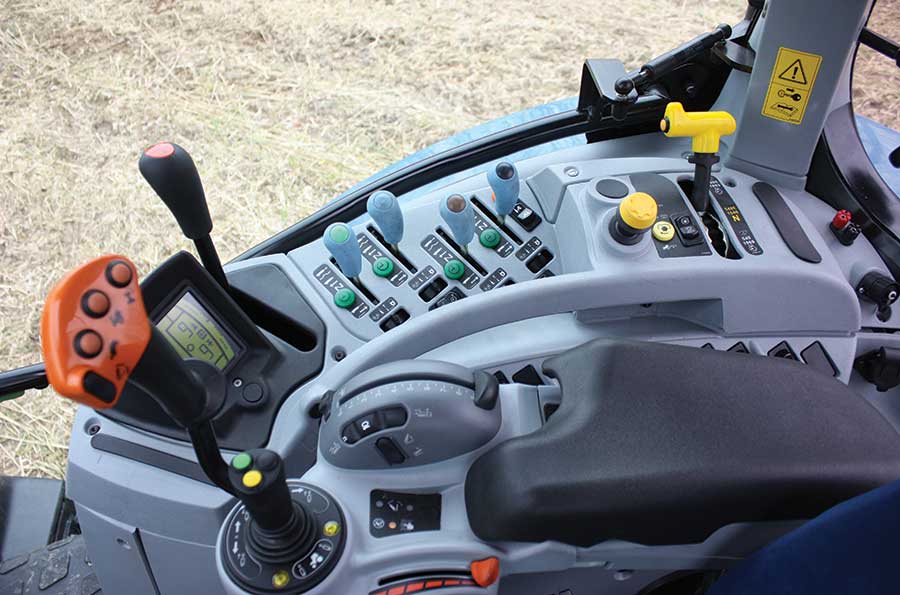 Cabs have become more sophisticated, too, with dual-zone air-con, a nicer dash and a quieter 60dB hush. NH’s Sidewinder armrest unit is available on CVT models and three seats of increasing sophistication are on offer. There’s even a heated seat for softies.

Why the big spotlight on suspension and seats? Well, whole-body vibration on tractors is worrying the HSE and other European legislators, so tractor makers are working hard to reduce those jolts, jars and jiggles that typically keep you bouncing about on some field jobs.

As with the T5 range, new LED light arrays are said to give more light, less draw on the battery and there’s no faffing about replacing blown bulbs.

Not surprisingly, you can have a factory-fitted autosteer, too.