Basildon-based New Holland has extended its CR Revelation range with a new baby model – the CR7.80.

Powered by a new Cursor 9 engine offering 374hp on tap and boosting to 415hp at full chat. The new model features a cleaning shoe with single return and a 9,500-litre grain tank with unloading speed of 126-litres/second.

Crucially, the CR7.80 and its bigger brother the 7.90 are the first to comply with stage V emissions regulations, which require a further 40% reduction of particulate matter compared with the previous stage.

Other updates in the New Holland harvesting stable include similar technologies launched by sister brand Case-IH a couple of weeks ago.

These include an update to IntelliCruise II crop-feeding system, which matches the forward speed to crop load and now offers three harvesting options – maximum capacity, fixed throughput and limited loss. 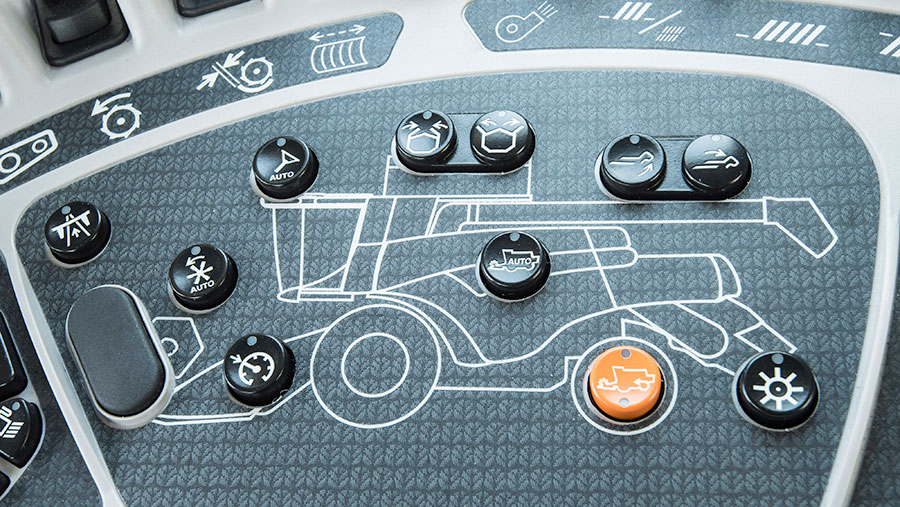 The first shoves as much up the front as possible, the second maintains pre-set loads on the combine, while limited loss slows the process down once excessive losses are experienced.

Similar to the above, a new feature for New Holland is IntelliSense, which allows the operator to choose from four operating conditions – limited loss, best grain quality, maximum capacity or fixed throughput.

In each of these settings, the combine uses measurement from the cleaning shoe sensors to adjust the twin-rotor speed, vane angle, fan speed and sieve openings, for the desired outcomes.