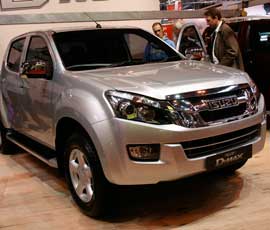 Sick of scratching the back of your pick-up? Then this could be your answer. Line-X specialises in spray-on protective coatings for pick-ups, vans and pretty much anything you want to protect from being bashed. They are both water and air-tight and will bond with pretty much any surface, says the company.

They are said to have a high hardness rating and, because the material is sprayed, there is complete coverage, too. And, if you don’t think the standard coating is up to what you’re going to put it through, then you can opt for the “Bomb Blast” specification. 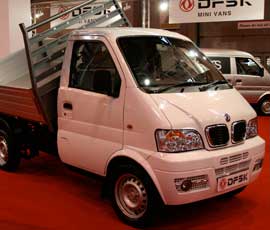 Remember the old Bedford Rascal van? Well these Chinese-made DFSK vehicles, with BMW-style front grille, and Rascal styling cues come in a cheap tipper version for under £10,000, a Loadhopper Minivan at £7,999 and a singlecab pickup model for only £6,999.

The Loadhopper trio won’t win a prize for their size, measuring just 1.5m in width and up to 4m long, but features like three-way hydraulic tipping on the Tipper, 900kg load capacity on the pickup and three load area doors on the minivan make them a respectable prospect for farm shops, milk round and general runabouts.

Featured in the FW Machinery section after its launch at the Bangkok Motor Show, the Isuzu D-Max made its first UK outing at the NEC. On show were the single, extended and double cab versions, each powered by a 2.5-litre twin-turbo commonrail diesel engine that puts out 163hp. Able to tow 3t, there’s a choice between a six-speed manual transmission or five-speed automatic, the manual averaging 38.2mpg. The basic two-wheel drive single-cab costs £14,449 and the basic 4×4 double cab in Eiger spec costs £18,499. There are three specs available, the entry level Eiger, the mid-spec Yukon and the top-of-the-range Utah, which costs £21,499.

The CV Show saw the UK public debut of the Great Wall Steed, imported by IM (International Motors who also import Subaru and Isuzu) who have around 40 UK dealerships. It is powered by 2.0-litre 143hp on-demand four-wheel-drive system that can be engaged on the go up to 12mph. Maximum payload is 1t and towing capacity is 2t.

With a basic price tag of £13,998, the Steed S is well-specced with leather interior while the higher-spec Steed SE gets chrome side bars, rear parking sensors, hard top canopy and load liner starts at £15,998. 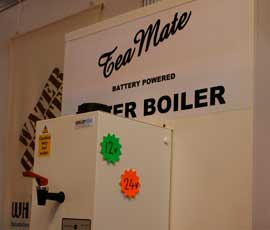 If you’re always in need of a cuppa, then the Tea Mate could be just the thing for the back of the truck. Designed to be plugged into a 12v socket, which most 4x4s have in the back anyway, this clever water boiler offers a safe alternative to portable kettles, can hold up to 2.5 litres and has an autofill feature too. Made by Whispaire, it costs £328 (a tad pricey but what’s a decent cup worth?). 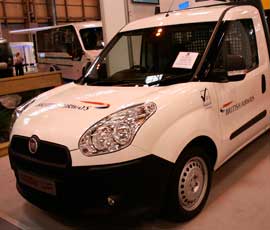 Where have all the compact pick-ups, like the Volkswagen Caddy, the Citroen Berlingo and the ever-eternal Subaru MV, gone? There’s been a lack of a low-slung pickup option for farmers for quite a while. But, Fiat may have come to the rescue with its curiously named Doblò Work Up. With a load bay measuring 2.3m long and 1.82m wide, it can carry 1t and pull 1.4t without flinching, says the Italian company. The 4.2sq m capacity can carry three Euro pallets and there are different fixtures and fittings available. Two diesel engines are available, the 1.3litre MultiJet II with 90hp or the 105hp 1.6 MultiJet. It’s equipped with stop-start technology and average fuel use is recorded at 50.4mpg.