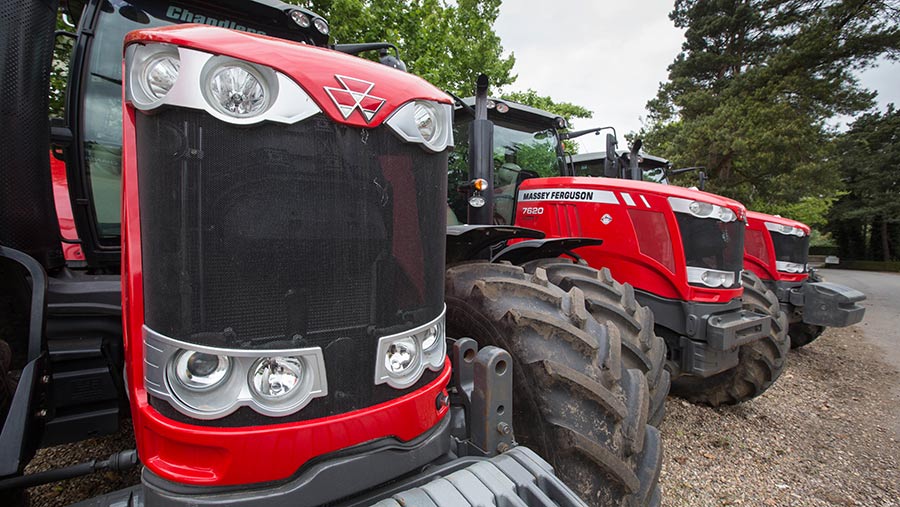 Rural insurer NFU Mutual has warned of an increase in reports of tractor cloning by criminals who are giving stolen machines new identities.

Criminals find an exact match for the model of tractor they have stolen and then copy the identity of the legitimate vehicle, giving the stolen machine false number plates so it looks legal.

The insurer is due to publish a detailed breakdown of annual incidents later this summer.

They were also desirable because the steering wheel was in the middle of the cab, which meant they could be exported to both left- and right-hand drive countries.

Mr Price said: “We are very keen to alert farmers that there is a new breed of criminals who are more sophisticated and more determined.”

What to do if your tractor has been cloned

These criminals were finding ways to overcome the electronic security that is now commonplace on the latest tractors, he added.

“They are also cloning tractors which is making it much harder for police to discover they are being stolen and can lead to them being sold on to farmers.”

Farmers were sometimes completely unaware that they were using machines that had the complete identity of another piece of kit, said Mr Price.

Often identities were taken from machines featured in advertisements.

“The thief will go to extreme lengths to doctor both the online records of the machine and the plates on the machine itself,” he said.

“We are finding it can take a police expert half an hour or more to examine a machine and work out just what has been done because it has been done so cleverly to match the original markings.”

Farmers and contractors should be careful when buying second-hand machines to ensure they were legitimate, Mr Price said.

“There used to be a view that people would sell machinery much below the expected price to get rid of it if it was a bit dodgy.

“They don’t do that now – they sell machinery at the full price because that in theory gives buyers confidence that they are not buying something that has fallen off the back of a lorry.”

Farmers should also undertake background checks before purchasing to ensure a machine is genuine – including with HPI, Cesar and Datatag.

“Sometimes farmers do that afterwards and then find out they have been had. You have to be smart and do those checks before you buy,” Mr Price added.