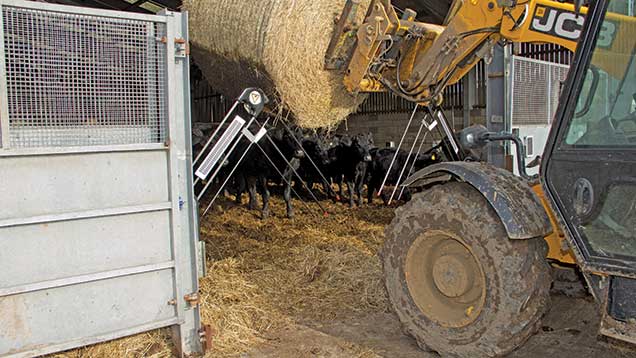 Fed up with opening and closing stock gates? Norfolk beef producer Jim Alston has designed two types of auto-opening/closing gate that allow you to drive through without getting out of the vehicle.

He showed the first prototypes at the Norfolk Show in June, but now offers two models, a simple one and a more complex version. Solar power and low electricity consumption mean they don’t need mains power and are easy to fit and operate, he says.

The Dofygate (Driver-operatedfField and yard) DG1 is a compact mobile unit aimed at containing cattle, sheep, pigs and other stock while also giving unhindered access to people and vehicles. It opens and closes in just 3.5 seconds, so your vehicle is through before any stock can sneak through.

The gate uses an energiser to give stock a small shock when the gate is touched and there are two different shock levels.

The object is to deter but not frighten animals, says Mr Alston, and there’s a fully auto-closing option available. The gates can also be opened via a keypad or mobile phone and a hoot-to-open system is being developed.

Cost is about £1,500 for a pair of gates, including all the bit and pieces needed to fit and operate it.

The Dofygate DG2 is a more flexible, made-to-measure design, says Mr Alston, though it’s not portable. It can have 3, 4, 5, 6, or 7 bars with netting in between the bars and can be energised. The pair operates as one unit with no wires attached.

Auto closing is standard and the gate can be opened with a key fob or a mobile phone. Each bar is energised using the Dofygate energiser unit.

The DG2 gates operate a bit slower than the DG1, taking 4.5 seconds to open and close instead of 3.5 seconds.

Price for an automatic 4-bar gate is about £2,500, including the installation kit. It’s available from Anglia Farmers or online.