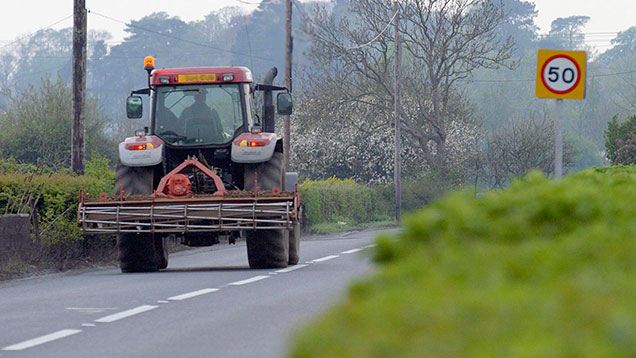 See also: Do’s and don’ts of driving a tractor on the road

The group’s latest research, which involved Austria, Finland, France, Germany, Italy, Spain and the UK, suggests that 56% of all road accidents (and 69% of accidents with fatal injuries) happen with tractors that are older than 12 years.

By contrast, newer farm machines on the roads are much less likely to be involved in an accident.

This is despite the fact that new tractors, on average, spend much more time on the public highway than older ones.

Research suggest newer machines may be involved in fewer accidents thanks to improvements in technology rather than just because of the skill and attentiveness of their drivers.

Tractor and trailer brakes, four-wheel drive, tougher cabs and less hard surfaces to bang your head on have all helped cut accidents.