The cavalcade was staged by Culture Coventry to mark the launch of the iconic Ferguson TE20 tractor, affectionately known as the “little grey Fergie”, which first rolled off the production line at the former Banner Lane factory in July 1946.

The tractor was the brainchild of engineer and inventor Harry Ferguson, a founder of the present-day Massey Ferguson, now part of Agco.

Tractors for the event were brought together by Friends of the Ferguson Heritage Club. 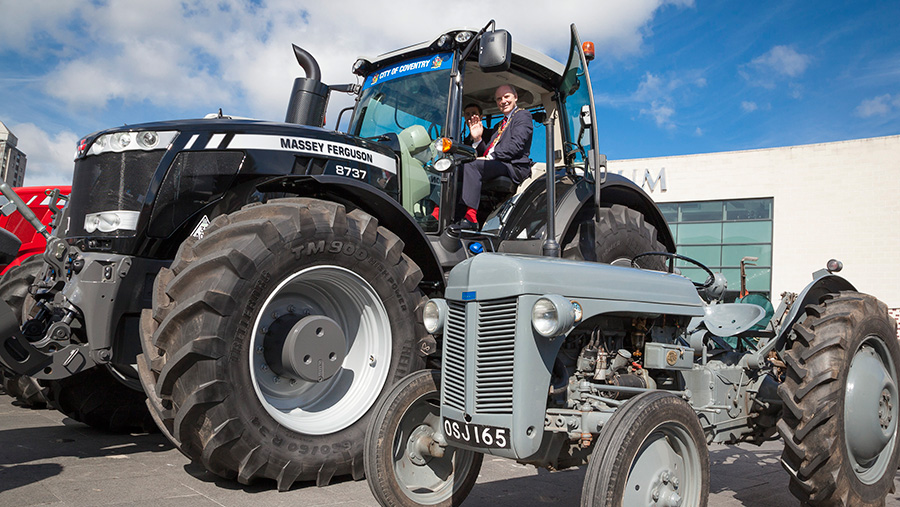 The procession was led by a 20hp 1947 Ferguson TE20, equipped with a 2-furrow plough, and a new 400hp MF 8737 – the most powerful tractor in the current Massey Ferguson line-up.

The MF 8737 was sporting black paintwork – paying homage to the prototype Ferguson Black tractor of 1933, the first to incorporate the pioneering three-point linkage system. 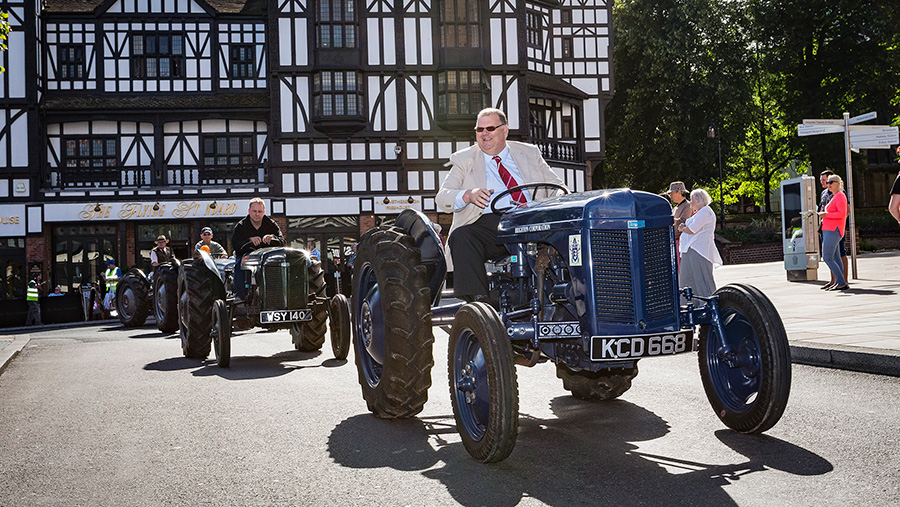 A number of “little grey Fergies” took to the streets as part of the celebration. 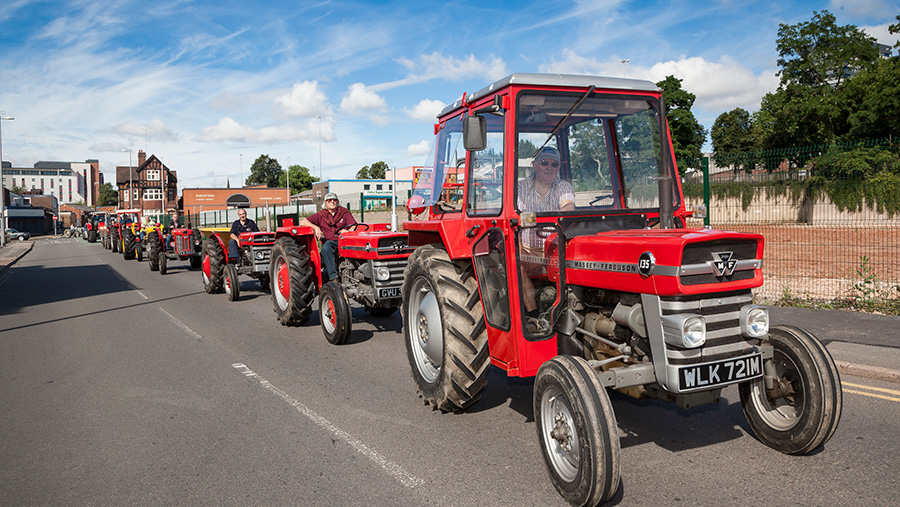 Later-built red models were also prominent in the parade around Coventry. Today, more than 200,000 tractors bearing the Massey Ferguson “triple triangle’ brand are built every year for global markets. 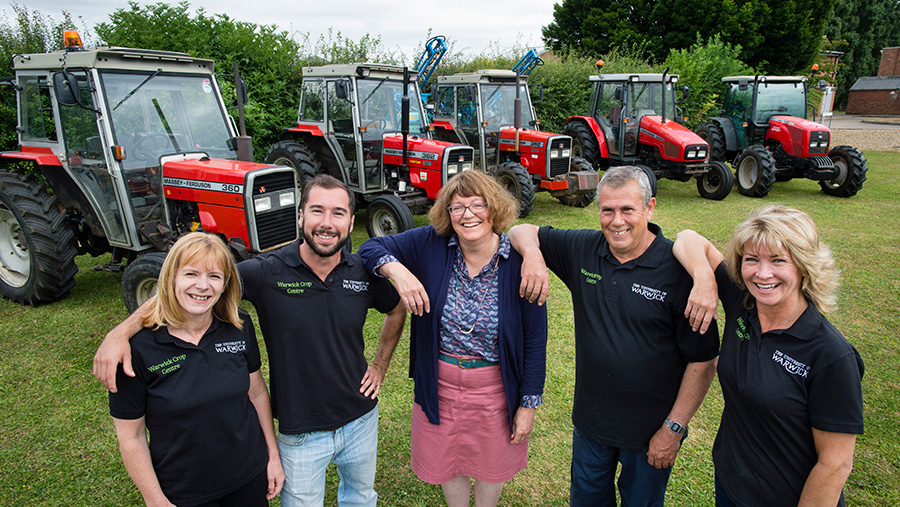 Five tractors from the University of Warwick Crop Centre took part in the parade. The university has a long association with Massey, said director Rosemary Collier (centre), dating back to 1946 when Harry Ferguson himself would test the tractors at Tocil Farm, where the university now stands. 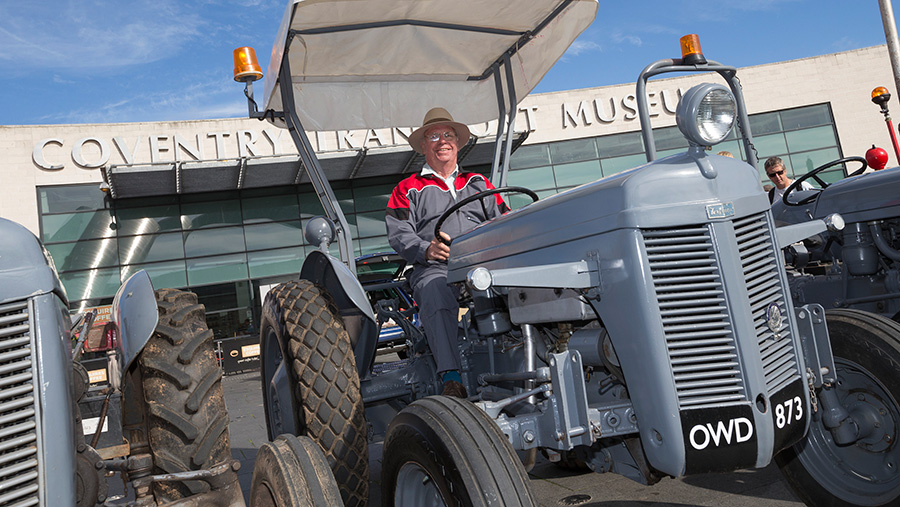 The procession finished up at Millennium Place outside the Coventry Transport Museum where tractor enthusiasts gathered to admire the exhibits. 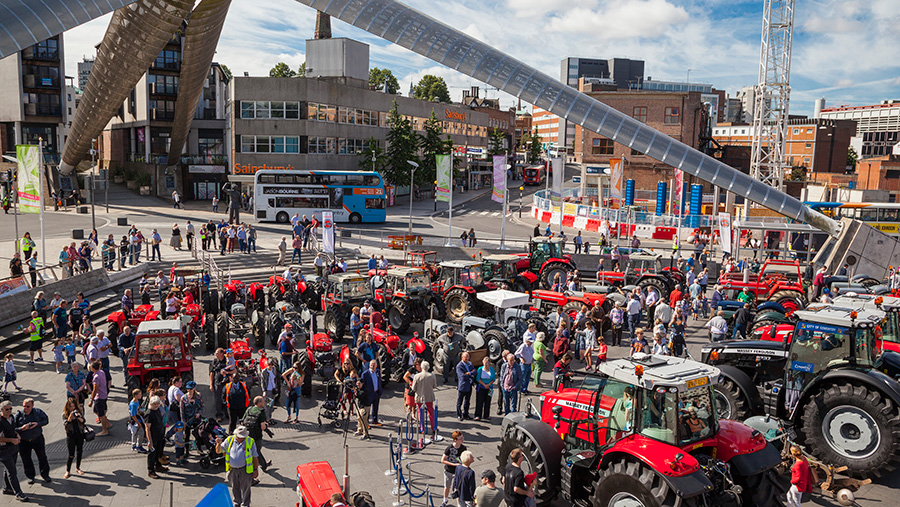 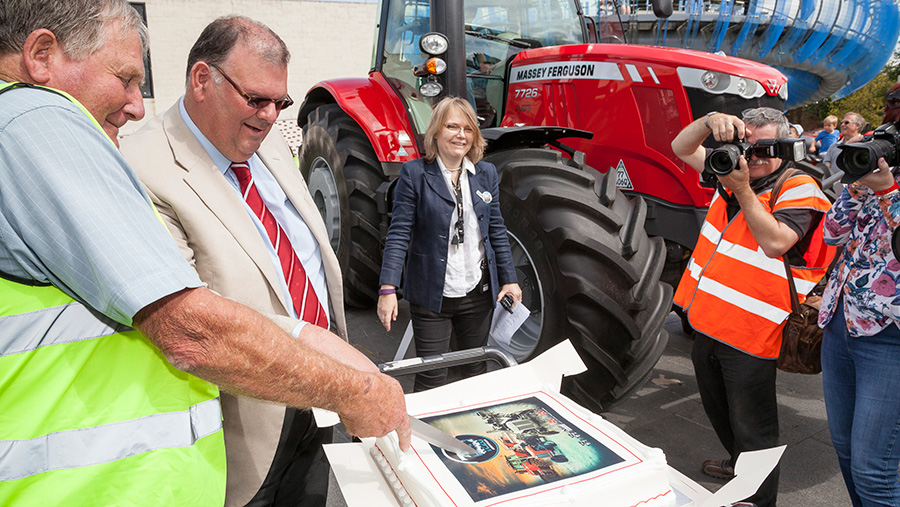