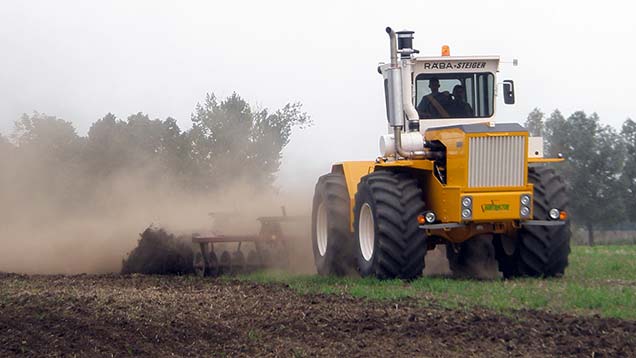 Hungarian-made Raba-Steiger tractors may not exactly be a household name in the UK, but a press release that came our way last week suggests that they should be looking hard at the UK market.

A version of the Raba-Steiger HT300 tractor, which was launched in Hungary in September 2014,  adapted by specialist Huntractor involved a complete rebuild that included ditching the ancient manual transmission and replacing it with a modern Allison 4500 auto transmission.

Heavy rain in south and central Europe in 2014 saw large numbers of tractors stuck in the mud. But the Allison unit apparently kept going despite the goo, and retrieved all manner of stranded tractors.

The HT300 was given the task of dragging a plough and discs through flooded fields at a perky forward speed of 11kph to 13kph.

Huntractor was established in Hungary 2013 with the aim of rebuilding Raba-Steiger tractors originally made in the 1970s. Many of these vehicles could be updated by installing newer transmissions and electronics. A nice project for a UK company.