While the world’s big four full-line manufacturers – Agco, CNH Industrial, Claas and John Deere – continue to enjoy an unassailable lead in the global agricultural machinery market, European companies and groups are consolidating their position among the “short liners”.

Strengthening sales in domestic markets, growing exports into eastern and central European states, and increasing interest in European equipment from farmers in North America, parts of Asia and South America, are bolstering their financial fortunes.

Dairy equipment companies are notable for their presence in the upper realms of the top dozen by 2019 turnover, while producers of field equipment – whether for arable crops or forage production – continue to grow in scale.

Figures are quoted in euros. One euro was worth 90p at the time of publishing.

Through a series of strategic acquisitions in Europe, the US and South America, Kuhn has grown into the largest European manufacturer of field equipment by some margin. 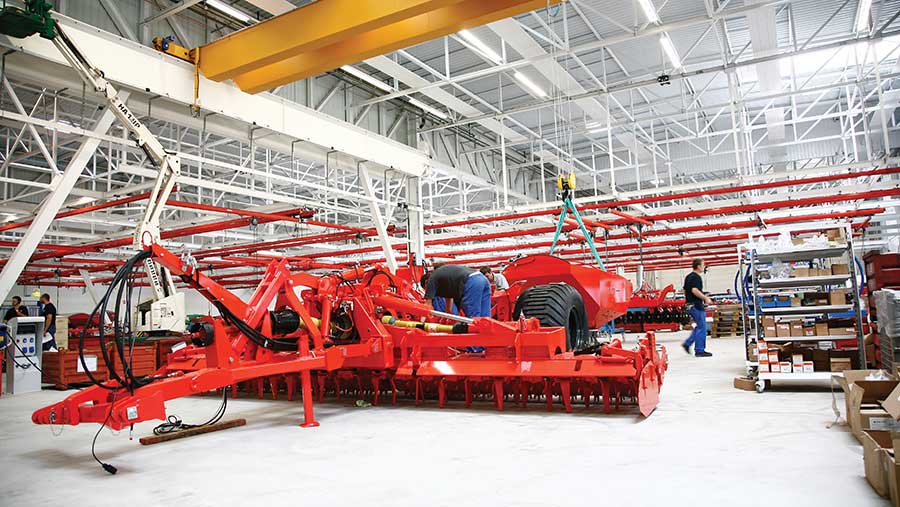 These have brought manufacturing facilities and new product lines into the portfolio – notably tillage, seeding and livestock equipment in the US, sprayers from businesses acquired in France and Brazil, and the big balers purchased from Kverneland.

Kuhn Group is headquartered in the north-eastern French town of Saverne. Its most recent investments include a €20m logistics centre and €115m largely spent on doubling capacity of the nearby factory making the firm’s biggest drills and cultivators.

Milking systems account for 38% of revenues and hygiene products contribute 26%, with the rest coming from parts (19%) and general farm supplies (17%).

All production is based in Germany, where 28% of sales are generated, with Europe as a whole accounting for 35% of the total.

Among its newest installations are an 80-stand Dairy Rotor milking carousel for a 10,000-head dairy herd in China and a 16-unit robotic milking system for 800 cows in Germany.

The decision to sell its forage kit to Agco in 2017 and instead focus on dairy equipment is paying off for Lely. 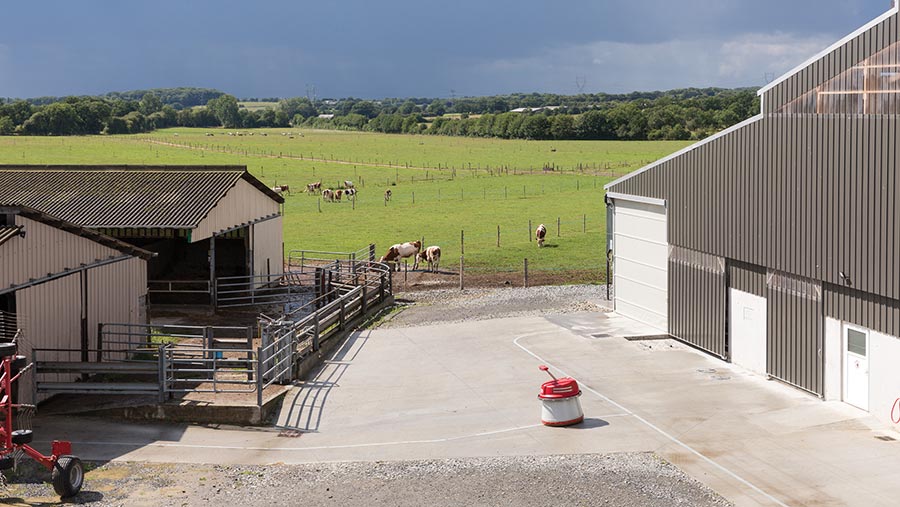 It recorded its third-best turnover in 2019, with a 46% increase over the previous year.

This was achieved as a result of high demand for the Astronaut robotic milking system, which is now manufactured in the US as well as in the Netherlands, combined with an expanded milk tank range through an agreement with Muller.

Harvesting equipment for potatoes and sugar beet continues to be good business for the Grimme Group, which has manufacturing and assembly operations in Germany, in the US through the Spudnik subsidiary, and in a €13m newly-opened factory in China.

Grimme entered the sugar beet sector by acquiring the planter and drill maker Kleine, and most recently brought vegetable harvester manufacturer Asa-Lift into the fold.

Subsidiaries Internorm and Ricon make plastic components and webs for the Grimme production lines and other users but, at €307m, complete potato equipment contributed most to record group sales last year.

Together with Agrifac and Holmer sugar beet harvesters, the agricultural equipment operations accounted for 60% of the €776m group revenues (the rest from industrial and garden spraying, including Hozelock) last year.

While maintaining its policy of brand autonomy, sprayer manufacturing has been consolidated to some extent in France and also in the US, where the Hardi arm is moving in with Exel’s ET Works business making Apache and assembling Berthoud self-propelled machines.

An extensive range of tillage, seeding, spraying and fertiliser spreading equipment (plus some groundcare products) has supported Amazone’s growth in sales and manufacturing capacity. 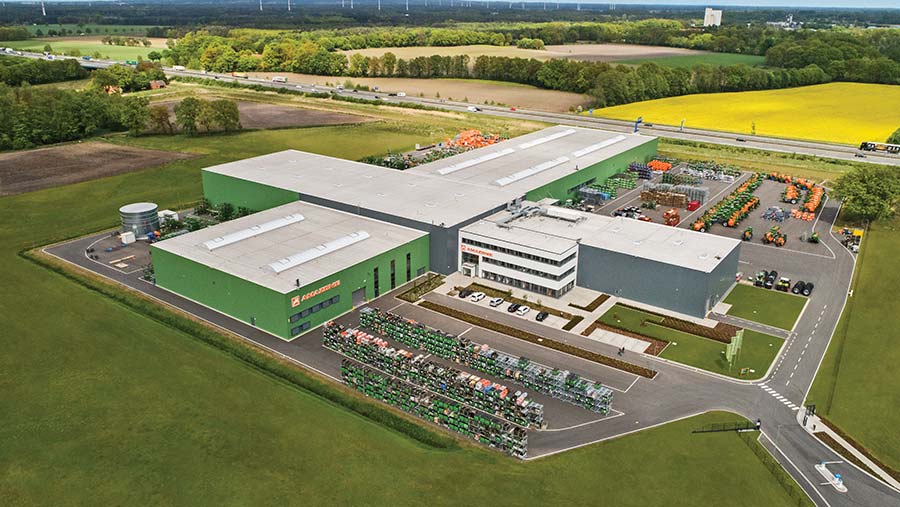 The company added ploughs in 2016 by purchasing the Vogel & Noot range and Hungarian factory, and Schmotzer crop hoes in 2019, taking German facilities to eight, plus an assembly unit in Russia.

The newest plant, a €16m project for UX sprayer production, is on a greenfield site and ripe for future expansion.

A fifth successive year of turnover growth in 2019 also marked the continuation of a €30m programme of infrastructure investments at Horsch factories in Germany to prepare the tillage, sowing and crop spraying specialist with increased production capacity.

Spending €23m at the Schwandorf headquarters in south-east Germany alone brings an expanded research and development building, a new production hall and additional office space, plus a new paint shop that will release some assembly space at the Ronneburg large cultivator factory.

The capacity for building trailed and self-propelled sprayers has tripled.

Horsch also produces implements at its facilities in Brazil, Russia and the US to suit local requirements.

Unlike most contemporaries that now specialise in a particular sector, Austrian manufacturer Pottinger continues to thrive with grass harvesting (70%) and cultivation/sowing (30%) machinery that produced a record turnover in its 2018-19 financial year.

Germany, at 20%, and France, with 16%, are the biggest individual markets, and along with Austria, Poland, Czech Republic and Switzerland, generate almost 60% of turnover.

Major investments have been completed in Pottinger’s seed drill factory and tillage equipment plant in the Czech Republic, and construction of a new €25m facility for round baler and large rake production is under way in Austria.

Sales of ploughs, high-capacity cultivators and seed drills sustained Lemken at record turnover for a second successive year in 2019.

Germany remains its largest individual market (23%), followed by France (15%) and Russia, with the US in fourth spot – unusually high for a European farm equipment manufacturer.

In addition to its headquarters factory at Alpen in western Germany, where €30m has been spent in recent years on a new product development centre, enhanced production facilities and improved factory logistics, the company also builds implements in India and assembles them in China and Russia.

In anticipation of greater use of mechanical rather than chemical weeding, Lemken acquired Dutch crop hoeing specialist Steketee in 2018 and this year decided to abandon its sprayer-building activities, which were started through acquisitions in 2005. 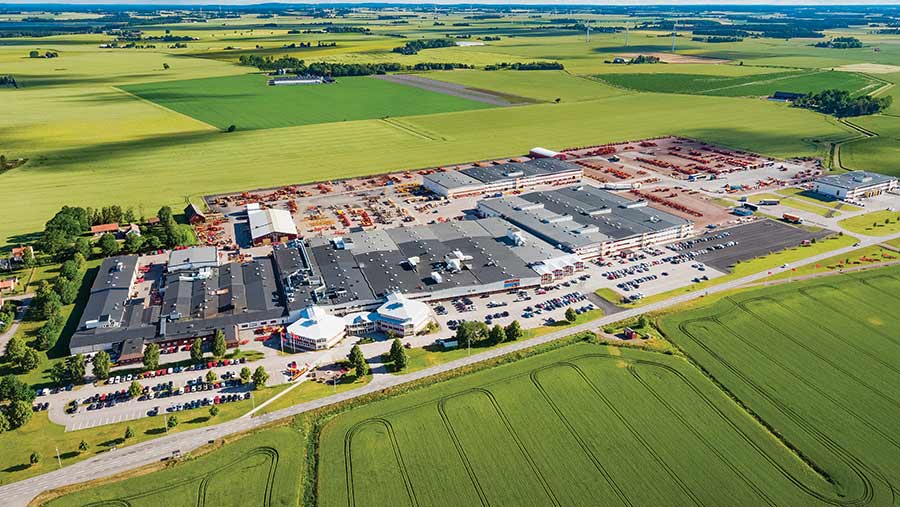 Sweden, Germany and Russia, plus the UK and Ukraine, are also important as the seed drill, precision planter and cultivation products continue to gain international reach.

The company has built on its progressive factory expansion and investment in highly automated raw material handling and manufacturing processes in the town of Vaderstad with a €20m laser cutting facility and a new €4m production line.

This has been developed for machining and hardening discs, tines and press rings at the separate Vaderstad Components operation, where a new metallurgy lab and capacity expansion are the latest projects.

Just missing the top dozen cut at number 13, the Maschio Gaspardo Group of Italy recorded €316m turnover in 2019, down from a record €332m in the previous year.

The group has four manufacturing and assembly operations in Italy and one each in Romania, China and India, and its own distribution sites in several more countries, including Russia, Ukraine and the US.

Maschio Gaspardo is one of the few big European manufacturers to embrace tillage, seeding, plant protection and grass equipment in its broad product range.

With turnover understood to be around the €500m mark, Kverneland Group would comfortably slot into our top 12 league table, but as part of Kubota since 2012, its stand-alone figures are no longer published.

Until 2005, Kverneland’s 1990s acquisitions spree saw it vying with Kuhn Group for the title of largest European manufacturer.

But the necessity to sell off the baler range (which Kuhn snapped up) brought a dip in group performance, which perked up to some extent subsequent to the acquisition in 2012 of the Gallignani factory and its round baler range.

Under its Japanese owner, the Norway-based business is gaining ground once more as the Kverneland and Vicon brands are maintained alongside a growing distribution presence in more markets for sales of tillage and grass equipment through the Kubota brand.