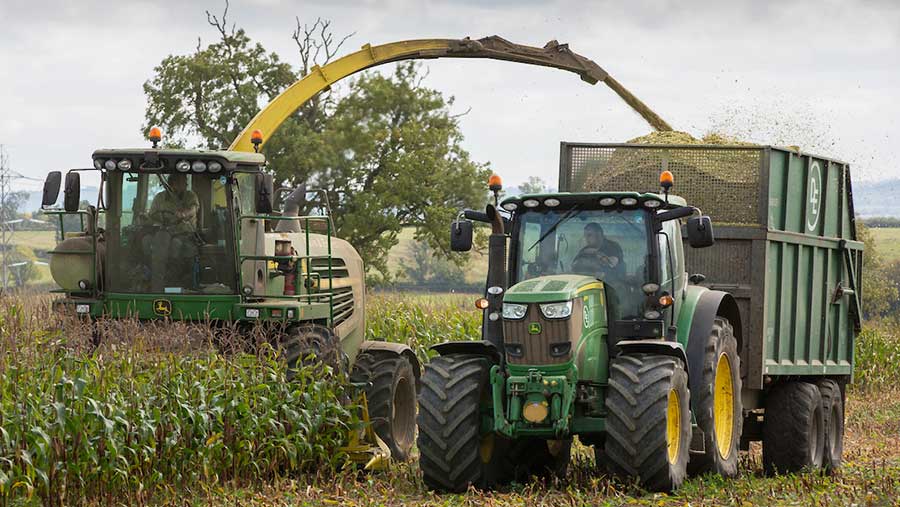 Our red diesel feature – Red diesel Q&A: HMRC rules untangled – threw up a few more reader questions, so we’ve been back to the experts for more details on the rules relating to AD plants, horse liveries and buying straw for industrial use.

Q. It is stated that a farmer cannot haul muck from his/her own livery yard (which is not agricultural) on the road using red diesel, which one would presume is going to be spread on the farm’s fields as an agricultural use.

A. To use red diesel there must be an agricultural activity involved.

Any work connected with the livery yard/equine business is not agricultural and does not qualify to use rebated diesel.

However, if the product that is taken from the livery yard goes to be spread on agricultural land (for the benefit of the agricultural land) and the person is involved in the spreading – not just delivery – then it becomes an agricultural process and may use rebated diesel.

Simply removing manure from a livery stable is not agricultural and cannot use rebated diesel, unless there is a provable agricultural process/benefit at the end and the vehicle/contractor is involved in that process (not solely delivery).

Likewise with an AD plant, the operator can use red diesel if they are involved in the agricultural operation, such as harvesting maize and taking it into the AD site. Any operation that is purely haulage cannot run machinery on red diesel.

Crops grown for industrial use now fall into the ‘agriculture use’ category and Notice 75 refers to “growing or harvesting of crops including cereals, combinable crops, roots, tubers, vegetables, pulses, fruit, nuts, grasses, oilseeds and fungi for food, beverages, fodder, fuel or industrial purposes”.

However, red diesel cannot be used if the AD feedstock comes from a non-agricultural source, such as food waste.

Q. In reference to the points about AD, it is important to state that contractors need to be especially careful as to who is paying them and the same goes for some farmers who harvest their own crop but then buy crop standing in the field.

It is my firm understanding that a contractor can only run using red fuel if they are being paid for harvesting or digestate services from the farmer and not from the AD plant.

A. It is the involvement in an agricultural process rather than who pays that is important.

Contractors should not rely on paperwork relating to the removal of products from the AD site if paid for by the AD plant or farmer, as it may not prove involvement in an agricultural process.

Instead, they should ensure that they have paperwork that directly connects them to an agricultural process, such as harvesting a crop or spreading agricultural fertiliser.

If their vehicle is tested and found to be using rebated diesel, the consequences of failing to provide adequate proof could be expensive.

The point with regards to a farmer buying someone else’s stock is also valid.

If the farmer/contractor buys the stock in-field but simply collects and then takes it to the AD plant, he/she has not been involved in any agricultural process.

They have carried out trade and delivery and are not entitled to use rebated diesel.

Q. Is it possible to throw any light on the situation of buying straw (from farmers) behind the combine, baling it and then selling it for industrial use?

There is no work involved in growing the crop – simply buying the straw and selling it on.

All work is done using red diesel for driving the baler and the straw is hauled with tractors and trailers to storage site using public roads.

A. It is fine to bale the straw in the field and move it to a store on red diesel as this is an agricultural operation.

However, the next movement of the straw would need to be on white diesel, as this is not agricultural and is deemed to be straw haulage.