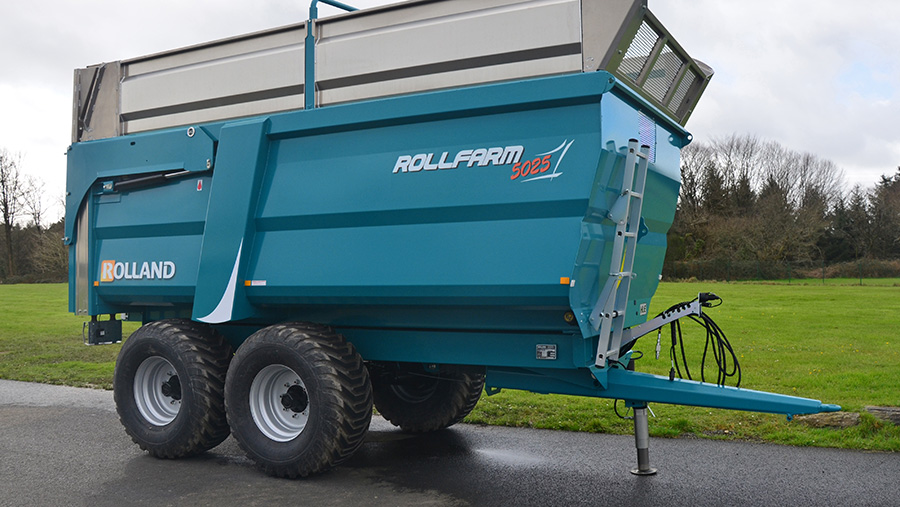 It is rare a machinery manufacturer reduces its prices but French trailer maker Rolland has announced it plans to do exactly that.

The company says increasing competition means the market is demanding cheaper kit and so it has developed a completely new design of standard-spec trailers that will cater for that demand.

The design of the new RollFarm range has been simplified, it says, with a box-section chassis and body built from high-resistance steel.

This stronger sheet material means the body only requires a single diagonal brace on either side (or a couple on the biggest models) with the result that the whole rig is some 200kg lighter.

But the key difference here is the simplicity of the build.

Because it is all clean lines and uncomplicated designs, robot welders can now be used to stitch it all together.

And that’s where the pounds have been shaved off.

With autonomous machines assembling the new range both day and night, the reduction in labour costs means new RollFarm models will be about 4% cheaper than the outgoing Turbo Classic range and 15% less than Rolland’s top-spec RollSpeed line-up.

And, if you’re prepared to take a fixed-spec, off-the-shelf R-series version of the new trailers you could pay even less.

Prepping itself for ongoing changes in UK road rules for tractors and trailers, the French firm is looking closely at the spec it will need to deliver to meet the demand of the likely tweaks to legislation.

“If the law requires us to provide certain key features on our trailers to allow our customers to run faster and heavier then we’ll develop our products accordingly,” explains Alex Clothier, Rolland’s UK sales manager.

“We already build plenty of highly-specced units with tri-axle running gear and can fit our Rollfast hydro-pneumatic suspension to all our RollSpeed models from 14t tandems to 24t triple axles.

“It comes in two different forms – a passive closed circuit version with gas accumulators or an active automatic self-levelling system with extra rams on the drawbar.

“ABS is already an option and on our aluminium-bodied trailers we are now offering electronic EBS – if legislation requires it, we’ll design that into our standard steel-bodied rigs.”

The costs of all these options vary widely but hydraulic suspension adds between £3,200 and £5,000 to the price of a new trailer.

Opting for the lightweight RollAlu version shaves 3t off the scales but takes a 32cu m tri-axle to about £42,000 (a £14,000 premium over a similar size and spec steel model). 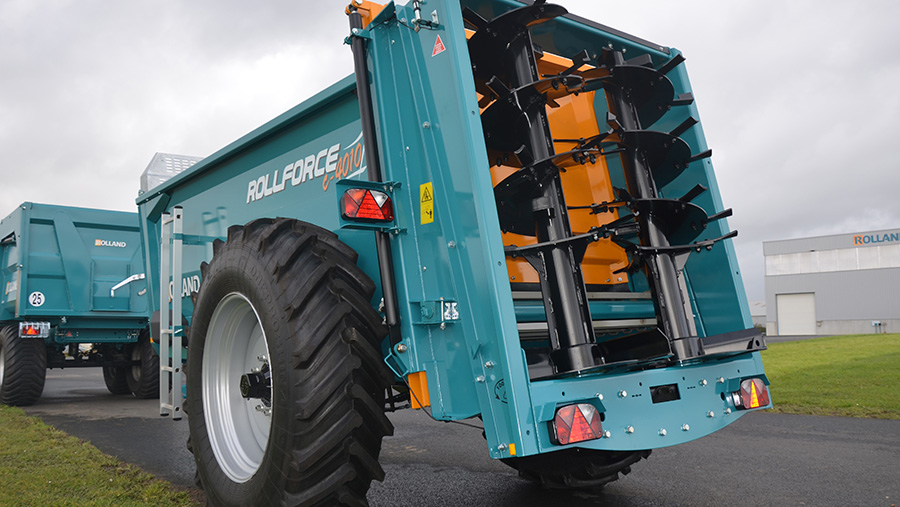 Stretching from 6-11cu m (roughly 5-11t), the new models have larger balanced spiral beaters that are claimed to be capable of accurately flinging material up to 12m.

With a price-tag of £11,000 for a 5t model, the firm says it is specifically targeting the side-flinging roto-spreader market.

There is also a new range of revamped stock-boxes with slam-shut doors, high-level LED lighting, banked grease-points and curved-profile wheel-arches to help avoid injury to animals in transit.

The new hydraulic lift-axle RollVan prices start from £8,000 and there is also a cheaper fixed-axle model with ramps which comes in at £7,000.

The final addition to the company’s livestock offering is a larger tandem-axle feed-out box.

There aren’t many replacements out there for the once-ubiquitous rubber-belted Kidd Feeder and for herds where mixing a total mixed ration isn’t required, things couldn’t get much simpler.

The RollFeed range uses a chain-and-slat floor (not unlike the firm’s spreaders) to propel material to horizontal beaters at the front of the body.

These then distribute it on to a cross-conveyor to feed out to either left or right-hand sides of the machine.

Available in sizes from 8-22cu m, the biggest models are directly targeted at larger herds where ration mixing times are an issue.