A large-scale potato grower’s decision to cease production and focus efforts on other ventures saw a batch of smart-looking machinery go up for sale last month.

Based just east of Hull, J&A Smales’ spud-growing area extended to some 320ha, with all work undertaken in-house, which meant the firm had amassed an extensive arsenal of high-horsepower tackle.

All three of the tractors on offer came with decent specs and had been well looked after, so the successful bidders could put them straight to work.

The online sale was held by auctioneer Brown and Co, which said trade at machinery dispersals continues to be strong.

All prices quoted are the hammer figures and subject to a buyer’s premium of 2% and VAT.

The newest tractor to go under the gavelwas a popular 2018 Fendt 939 in the top Profi Plus spec.

It had clocked up 4,561 hours and had been on the farm since new, with the winning bidder getting the bonus of an existing 7,000-hour warranty. 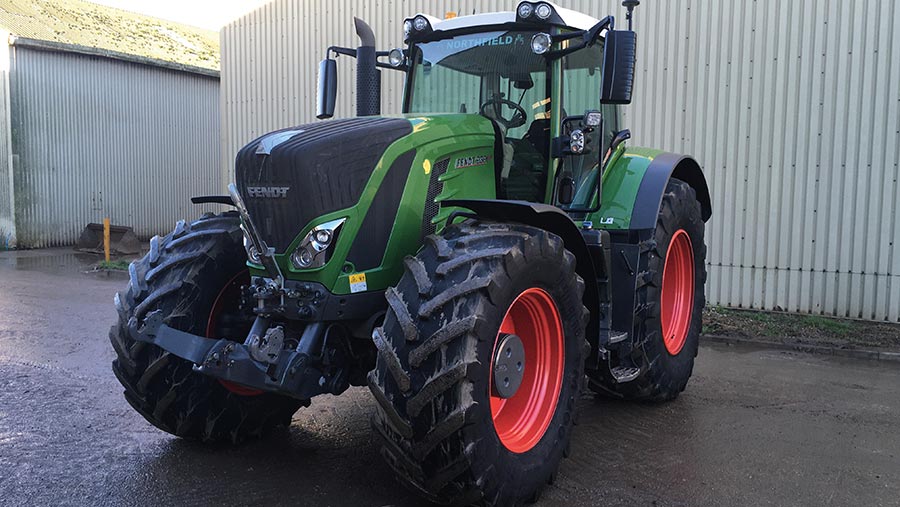 The generous fitment continued in the cab with a “living pack” that included a fridge, as well as electric and heated mirrors.

RTK steering and compatible screen were also part of the package, as were 1t rear wheel weights and ABS.

A monster 2013 Challenger MT865C twin-track crawler was the only powershift tractor on offer and arrived on the farm with 1,000 hours on the clock. 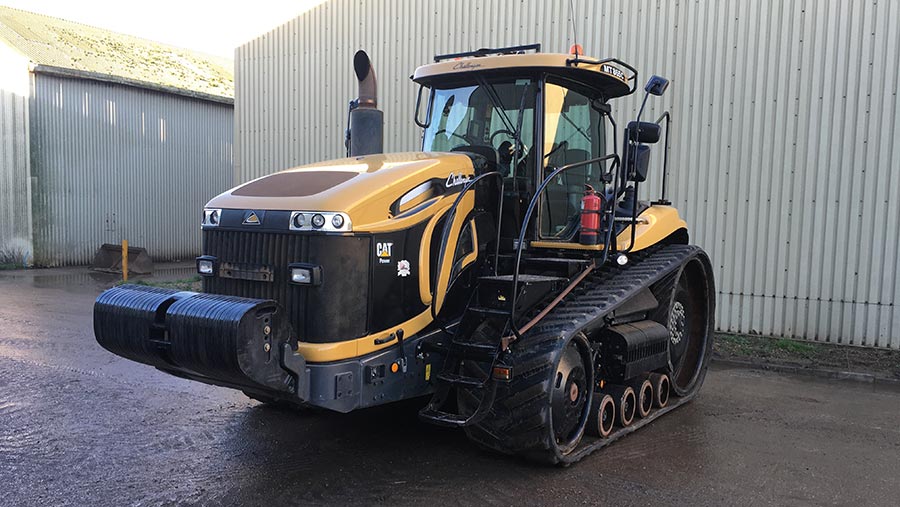 It had a full service history with an Agco dealer, and came with four rear spools, Leica RTK guidance and 736mm (29in) tracks with 16 individual 44kg idler weights for each side.

The front weight block consisted of 28 wafers, each weighing 45kg, and a 100kg bolster.

It made pretty decent money after attracting 33 bids, possibly owing to these models no longer being built – Fendt now fits its Vario transmission in the latest large-frame MTs.

The final tractor was a Fendt 828 Vario in a similarly high spec to its bigger sibling. This included four rear spools, power beyond hydraulics, ABS and a hydraulic top link, as well as 600kg of rear wheel weights. 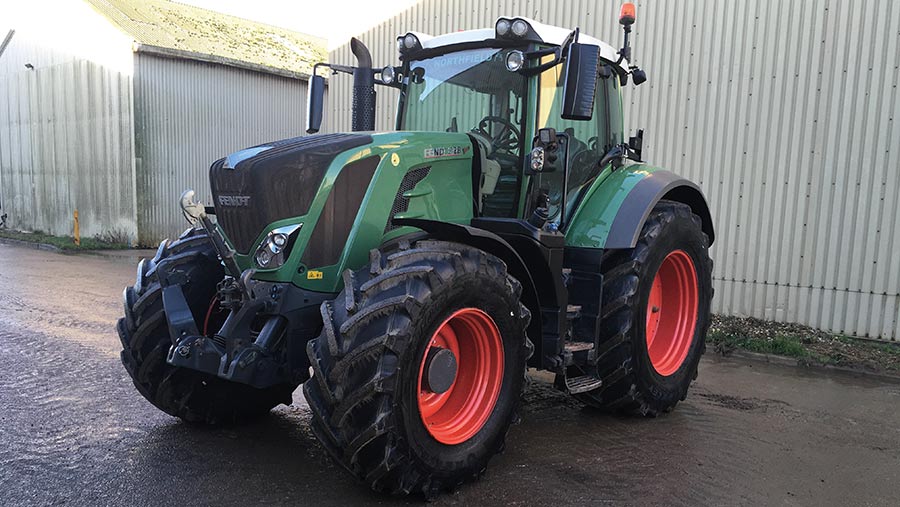 It came with an Egnos steering signal and screen, along with Fendt’s “comfort pack”, part of which was a fancy air-conditioned seat.

Current hour count stood at 6,855, so it still had a good chunk of the 8,000-hour warranty intact. It had also been on the farm from new.

The older of two near-identical potato harvesters on offer at the Smales sale was this Grimme Tectron 415 four-row self-propelled.

It also had a new cart elevator, auto greasing system, traction control and a pair of 890mm (35in) wide front tracks. 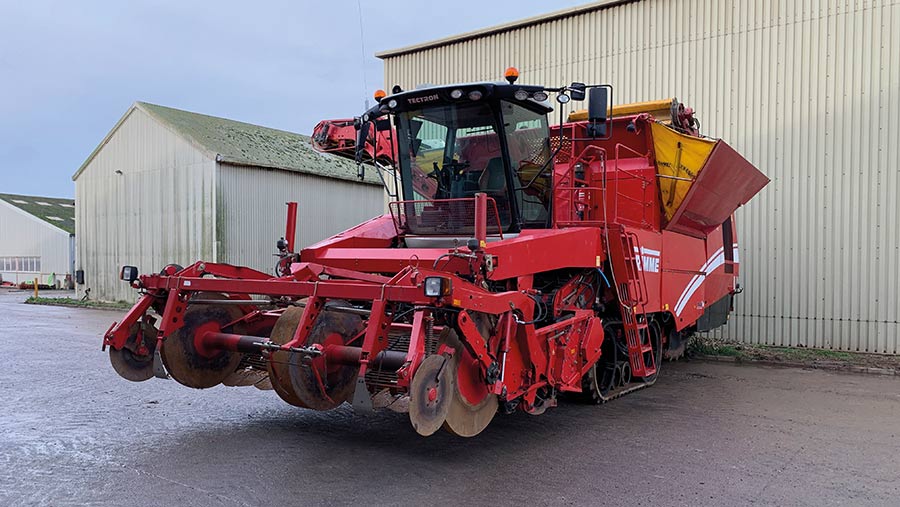 Total engine hours amounted to 4,672, although harvesting hours were down at 2,595.

It was treated to a new turbo in 2019 and a winter overhaul, and had been serviced on-farm since new with genuine Grimme parts. The newer 2013 harvester failed to sell at auction.

The biggest surprise of the day came in the form of a 2001 Miedema potato grader. Despite the auctioneer’s pre-sale prediction of less than £20,000, it went on to sell for a healthy £41,000, attracting 67 bids in the process. 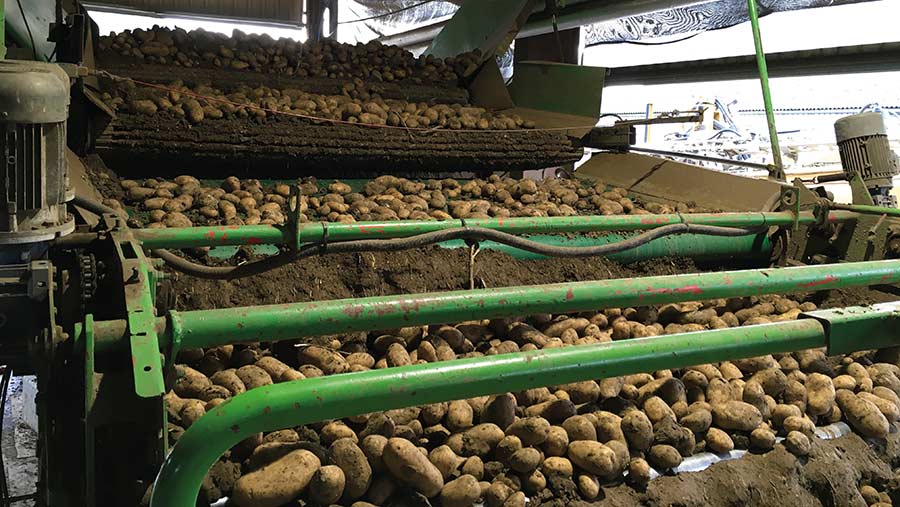 It had a 20t adjustable height hopper, a 2010 Grimme RS variable cleaning system and Tectron auto-reverse and bypass.

It also featured an eight-person picking table with four stations and controls each side, a Grimme multi separator and various screen sizes from 40mm up to 60mm.

Haulm toppers have been sought-after bits of kit since the ban on diquat came into force, and a tidy 5.5m hydraulic folding unit was up for grabs in East Yorkshire.

It was coupled with a 2.2m front pto-driven unit, and the strong bidding attracted 42 offers. 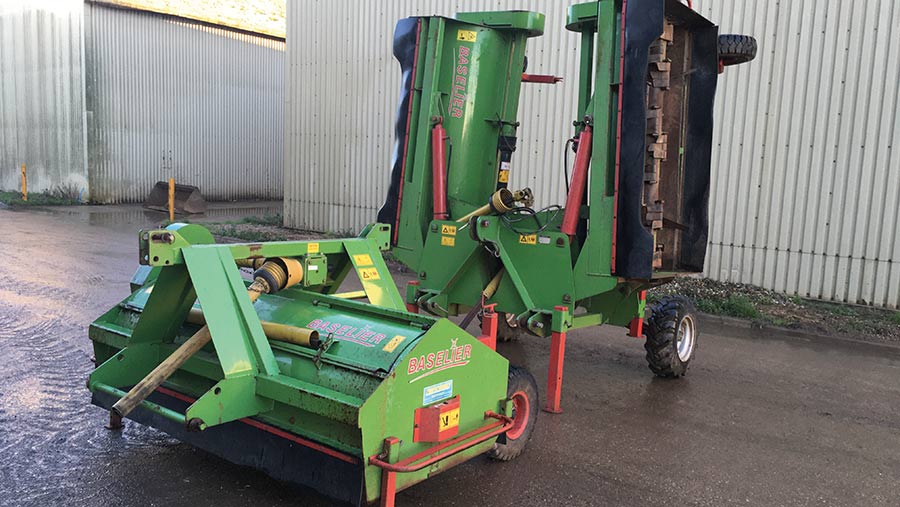 There were four Scanstone Super Tiger bed tillers on offer – three built in 2015 and a newer 2018 model.

The 5.5m machines each came with a bed-forming hood and a 450hp rating. All ran quick-release blades and had been on the farm since new. 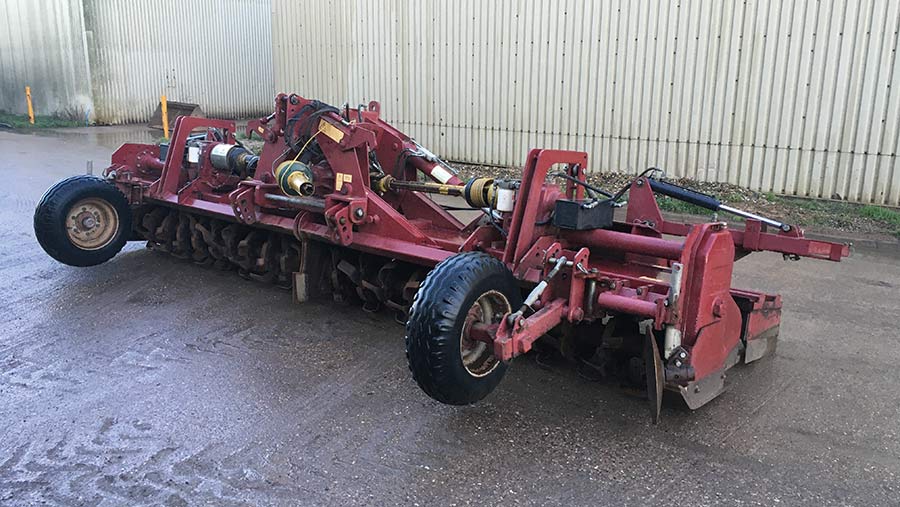 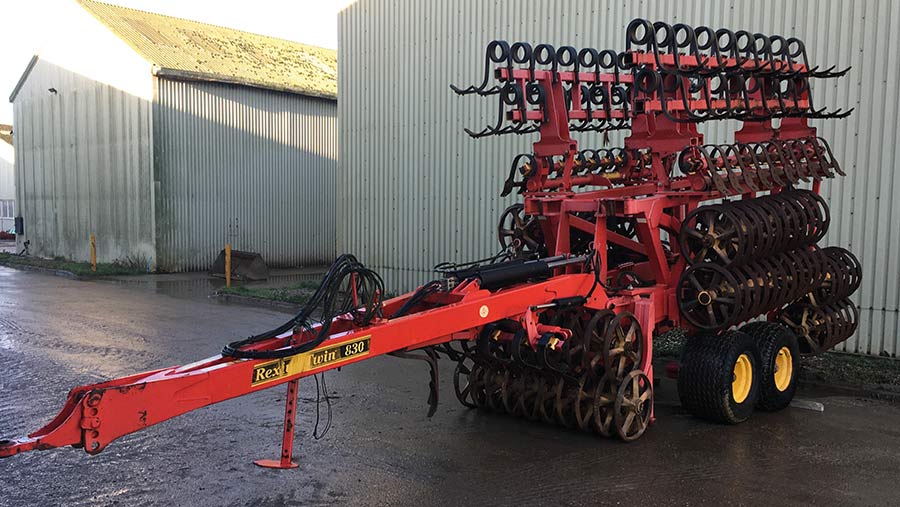 A huge nine-furrow Lemken Diamant 11 plough was fitted with W52 bodies, and, unusually, came with a spare main beam in case of a major breakdown.