The laborious process of testing potato land for signs of potato cyst nematode (PCN) is now over for one Suffolk-based firm after the invention of its clever new soil-sampling machine.

Investigating the presence and distribution of PCN ahead of planting spuds is a vital part of managing the soil-borne pest, enabling growers to make better-informed management decisions.

Typically carried out in the autumn or winter prior to planting, the standard protocol is to take 50 soil cores across a 1ha block in a grid formation, using a 15mm auger to a depth of 15cm. 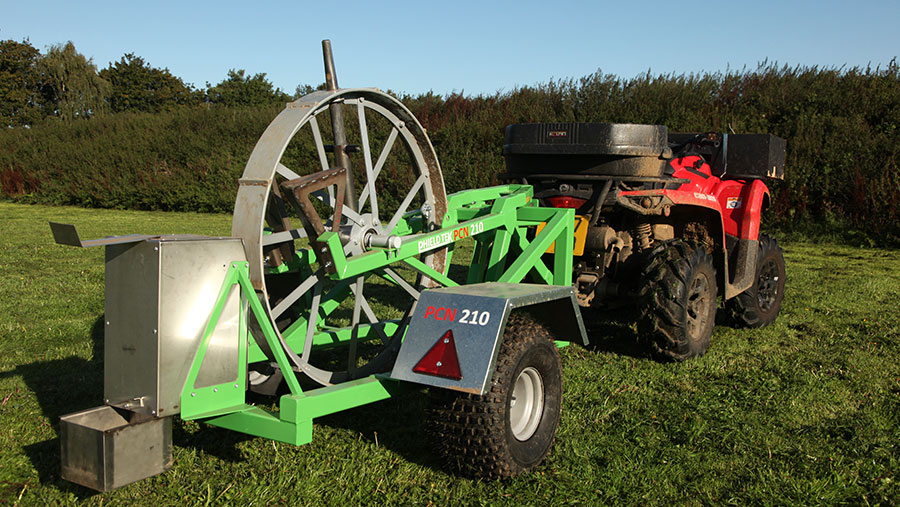 Over many years, samplers have carried out the work on foot with a manual auger, while more recently quad bikes have taken the away the legwork and automatic corers such as the Wintex 1000 have saved many an arm from repetitive strain injuries. 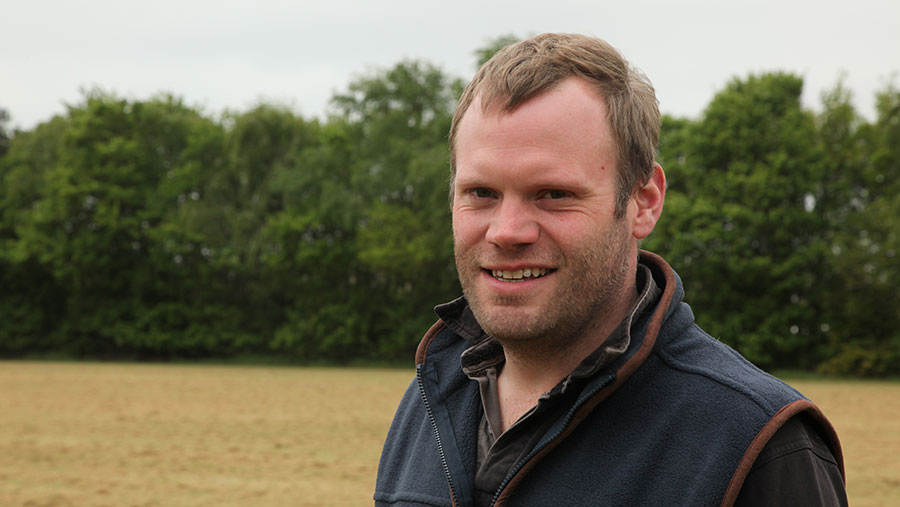 Graeme Barrett, manager of Keith Mount Liming’s Phieldtek precision division, says despite these mechanical aids the work is still mind-numbly slow, with the operator having to stop the bike at each sampling point.

“We’d had a gutful of it and thought there must be an easier way of doing it.

“After a lot of thinking, discussion and drawing up ideas over a couple of years, we came up with a solution,” says Mr Barrett.

Along with input from Andrew Mount and Bury St Edmunds-based design engineer Christian Deas of iDeas Design, the Phieldtek’s PCN 210m was born and put to work for the first time last May.

Towed behind a quad at speeds up to 10mph, the machine has a small hydraulic actuator at the front of its frame to drop it in and out of work when moving across GPS-defined 1ha grids.

Once moving, a large steel wheel turns and pushes a single spring-loaded auger into the soil to pick up a core.

It then passes through a mechanism that pushes the core from the auger into a collecting container, before springing back into position for the next sample.

There is no need to stop until the entire 1ha grid has been sampled, when the operator can jump off and empty the collected soil before moving to the next grid. 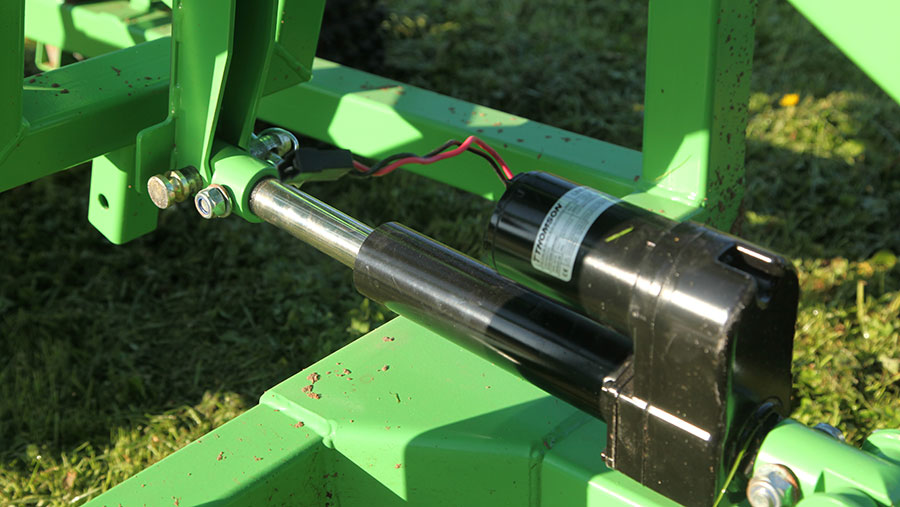 One of the design challenges cropped up when trying to stick to the standard sampling protocol of 50 cores per hectare, but solving this challenge has resulted in a benefit for the customer.

To stay within 50 cores, the machine would have needed a much larger diameter wheel that takes a core every 13m, vastly increasing the bulk of the machine.

To keep size down, the engineer opted for a smaller wheel that takes a core every 3m and dumps 210 sub-samples in its hold across the 1ha grid.

A representative sample is then taken from the contents of the container and sent off to the lab for analysis and the more intensive sampling means a more accurate indication of PCN populations across a field.

The work rate is also significantly increased, with Keith Mount’s sampling team now able to take almost 17,000 cores from 80ha each day with the machine, rather than the 2,500 over 50ha using its previous method.

“There’s no extra cost, so farmers are getting better results for the same price as before,” says Mr Barrett.

While the machine worked well on its maiden voyage earlier in the summer, a couple of tweaks have been required, including a beefed-up hardened steel auger after the first design bent a couple of times in work. 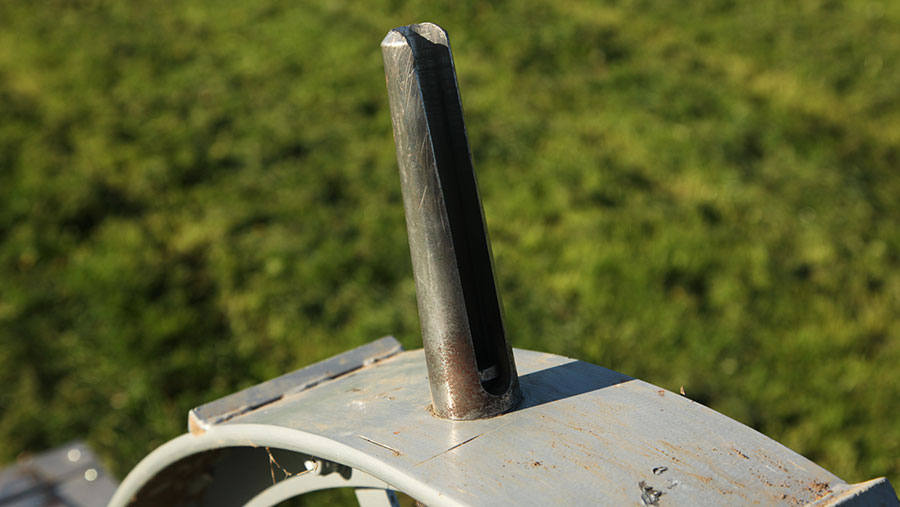 The mechanism that ejects each core has also had a slight redesign and is now going through the patent process, hopefully allowing the firm to exclusively build and sell the machine across the UK and beyond.

Mr Barrett says the business will have a second machine up and running by Christmas and is set to explore its potential for other uses.

“So far, it has only been tested on spud land for PCN sampling, but there could be other market opportunities on a wider range of soil types,” he adds.