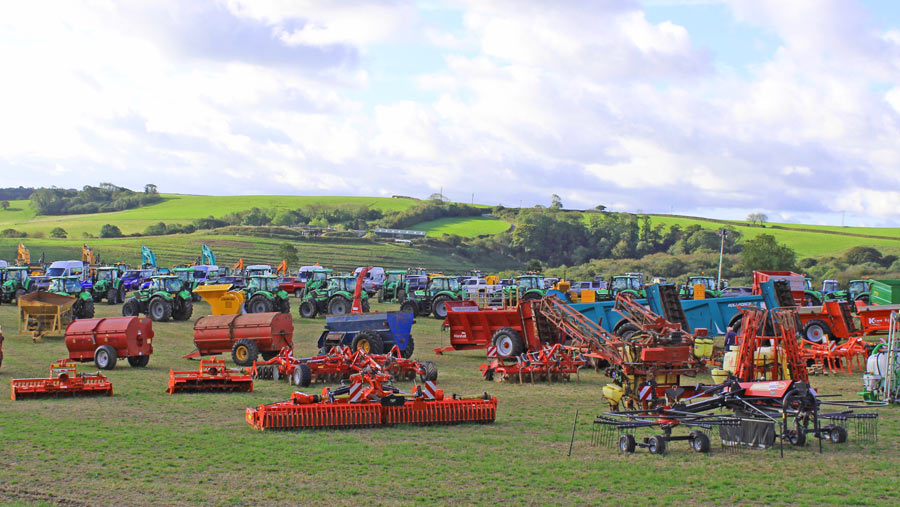 One of the biggest dispersal sales of agricultural and construction equipment this year took place in Cornwall last week, with more than 1,400 lots going under the hammer.

The reason for this major offloading of equipment was that Cornish farming family WH Bond has retired the plant hire and machinery sales sides of its business.

Tough trading conditions, coupled with uncertainty over Brexit, were cited as the main reasons for the decision and the firm has chosen to concentrate on its 800ha farm and contracting enterprise as well as timber sales. 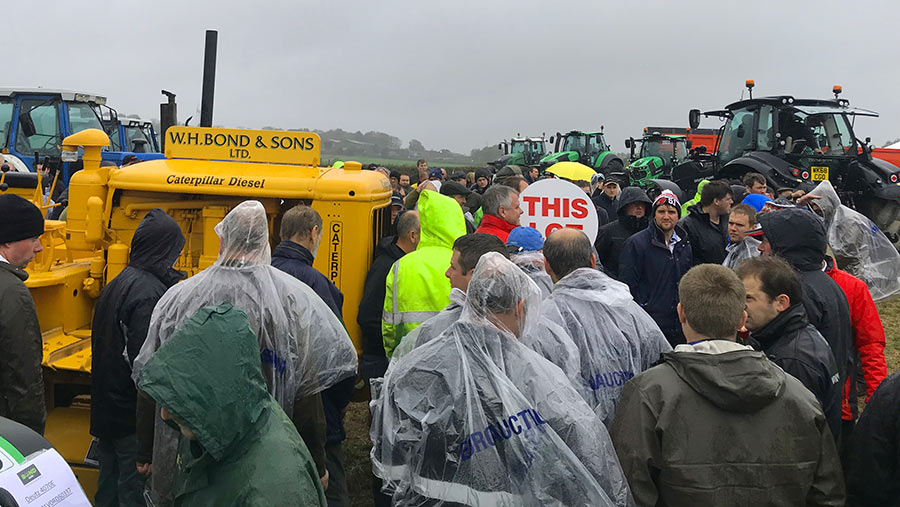 The heavens opened during the auction, but that did little to deter the bidders, particularly when a rare 1948 Caterpillar D7 crawler went up for sale

In total, there were more than 200 agricultural lots, ranging from tractors and telehandlers to muck spreaders, cultivation kit and grassland equipment.

On top of that, there were 260 telehanders (many of which were construction spec), 130 excavators of various sizes, 80 dumpers and a huge selection of 4x4s, pickups and vans.

The rest of the lots were made up of a myriad of agricultural and construction ancillaries, including bowsers, cabins, trailers, mixers, buckets, general attachments and tools.

Below, we’ve picked out a few highlights.

All lots in the sale were subject to a buyer’s premium of 2.5%. We’ve published the ex-VAT hammer prices below, so these fees will need to be added in order to give the total the buyer paid. 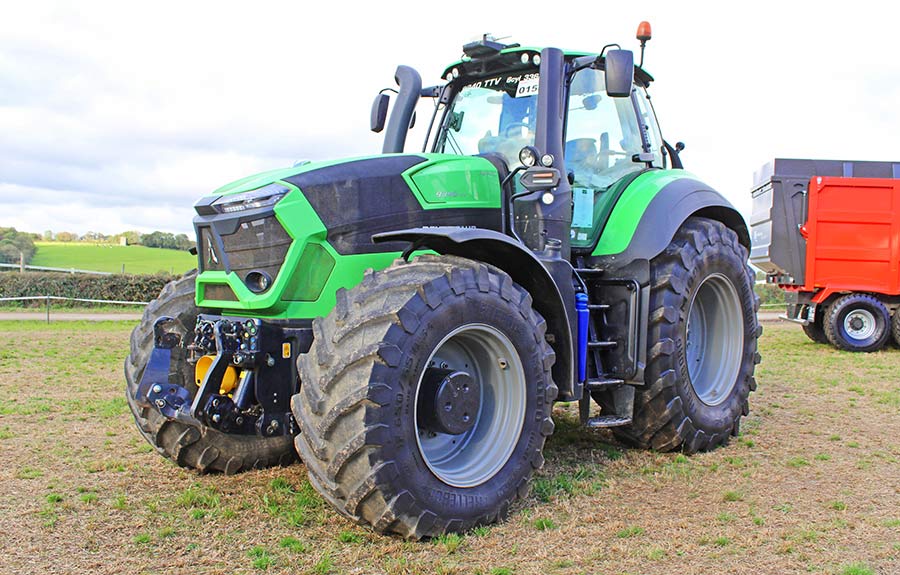 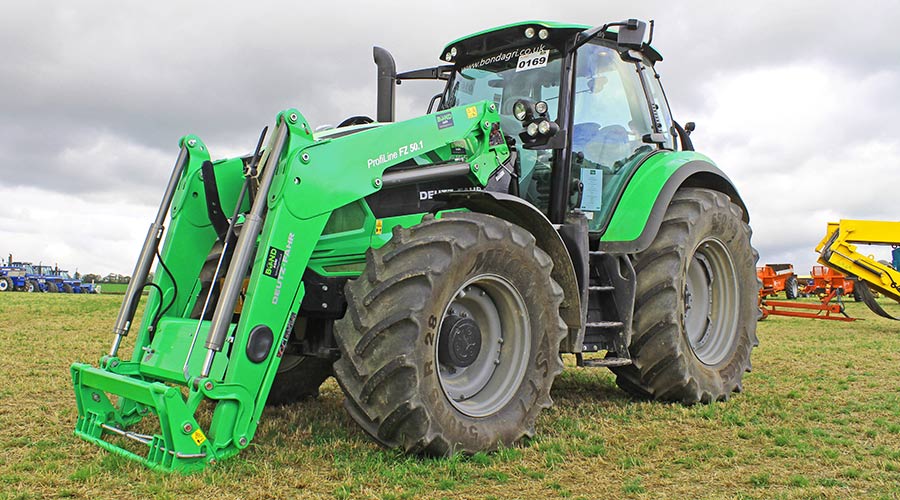 Deutz-Fahr 6155
A trio of low-hour 6155s were sold, two of which featured Deutz-branded Stoll loaders. The 2018 tractor, pictured, was fitted with a Profiline FZ50.1 loader, featured a 30×30 semi-powershift transmission and had clocked up 654 hours. It was sold to a UK buyer, but several of the other Deutz tractors went to the Netherlands and Denmark.
• Hammer price: £54,500 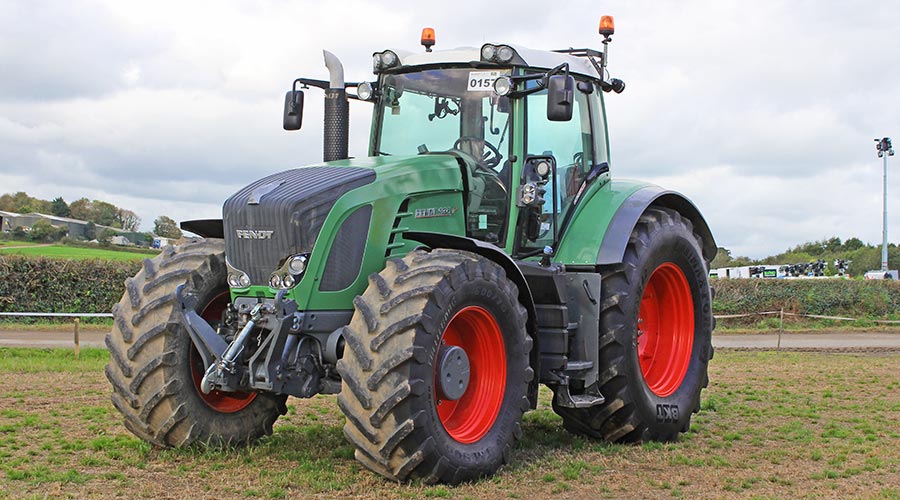 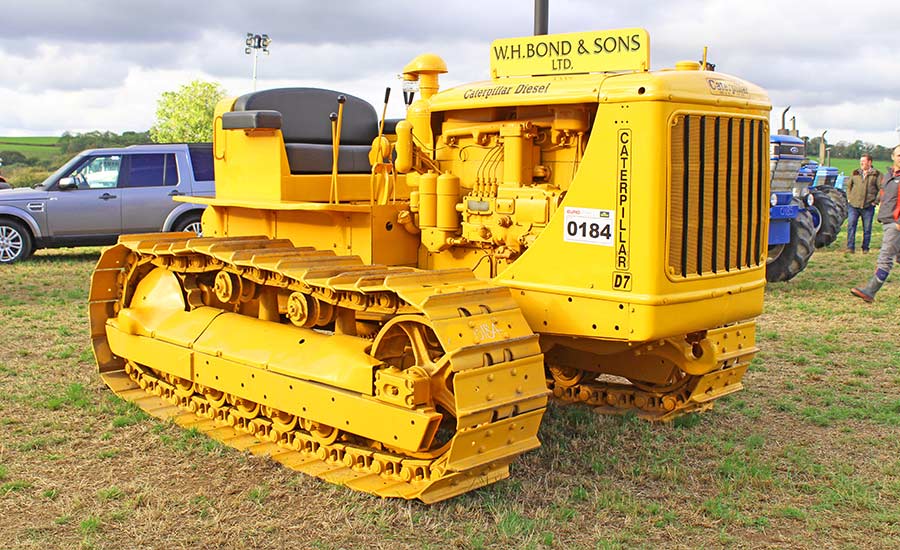 Caterpillar D7
Some of the most fervent bidding activity took place when WH Bond’s fully restored 1948 Caterpillar D7 crawler went up for sale. It came with a full set of original documents, as well as detailed pictures of the restoration. After a flurry of bids, it eventually sold to a UK buyer bidding over the internet.
• Hammer price: £36,000 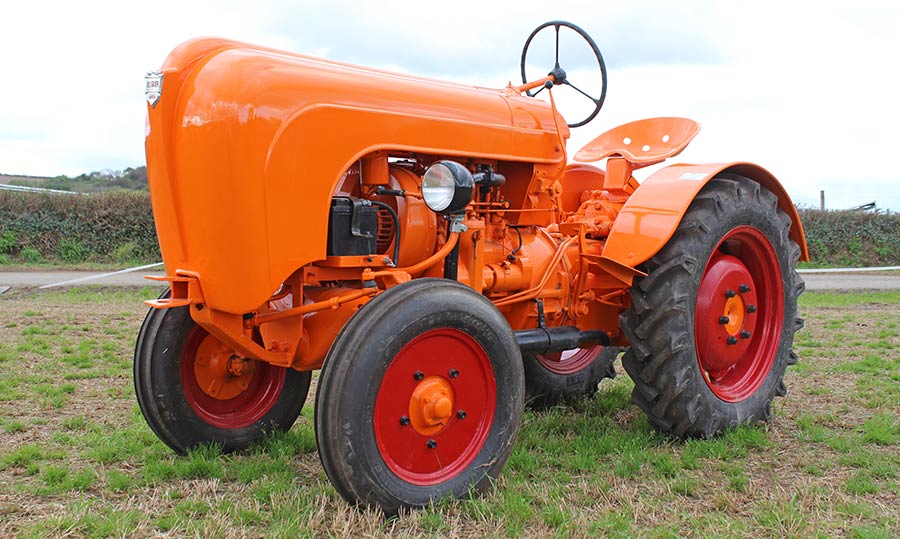 Porsche AP22 Vinyard
Part of WH Bond’s vintage sale collection included a pair of tractors featuring Porsche air-cooled diesel engines. The first was a Allgaiter Ap17, which sold for £4,500, and the second was a Porsche AP22 Vinyard that made double that figure.
• Hammer price: £9,000 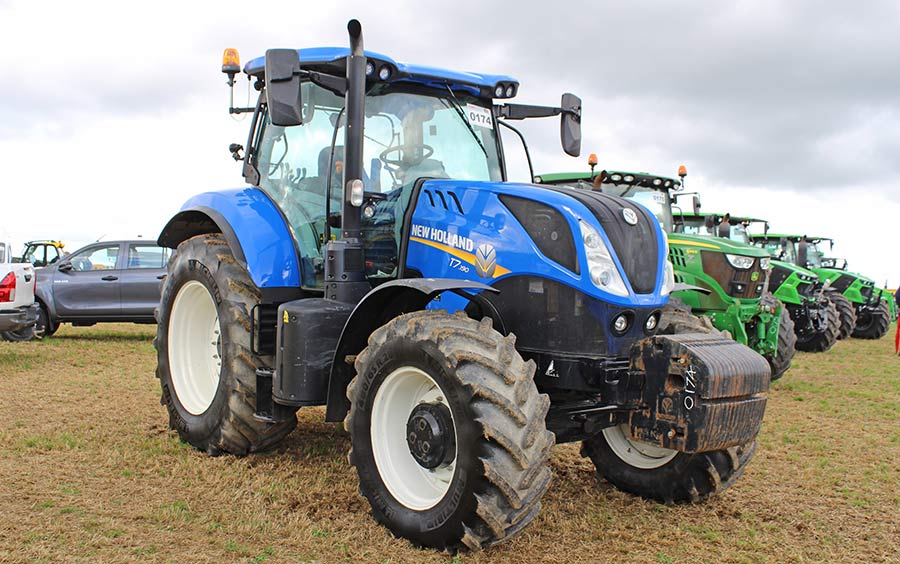 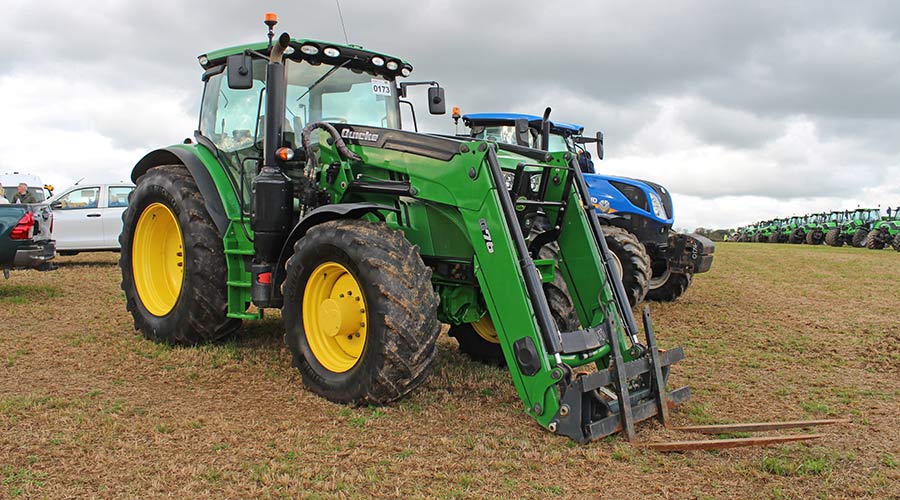 Vicon IXTrack B36
Bidders had their pick of a huge consignment of new and lightly used Vicon mowers, rakes, balers, fertiliser spreaders and sprayers. This included the unused IXTrack trailed machine, pictured, which featured a 3,600-litre tank, 24m booms, automatic boom-height control and came Isobus ready. According to the auctioneer, it usually commands a £57,000 asking price, but sold for considerably less.
• Hammer price: £30,000 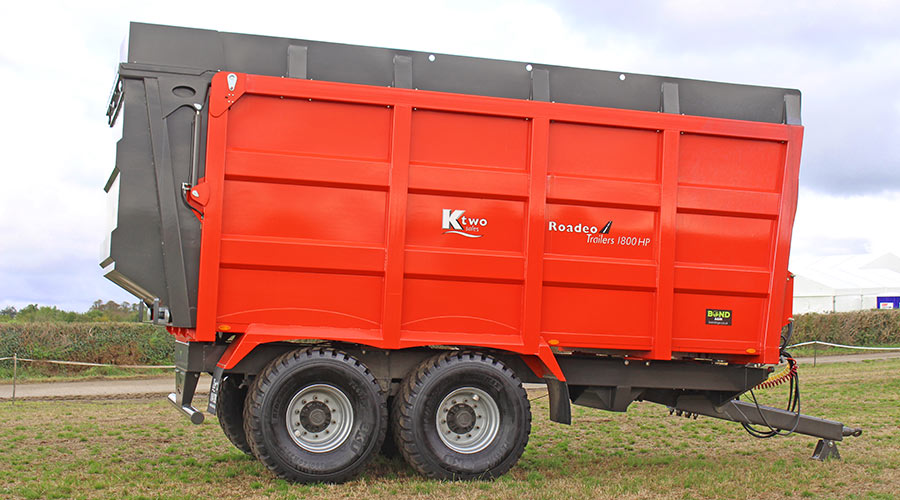 K-Two Rodeo
A number of lightly used trailers were on offer, including the 31cu m K-Two Rodeo push-off trailer, pictured. It was a 2018 model, came with 10-stud commercial axles, a hydraulic tailgate and LED lights.
• Hammer price: £26,000

Pronar  T700XL
Another tidy trailer was offered from Polish brand Pronar.  The T700XL grain/silage trailer was a 2017 model with an 18t capacity, and came with a sprung drawbar, sprung axles, a hydraulic tailgate, air brakes and extensions.
• Hammer price: £11,500 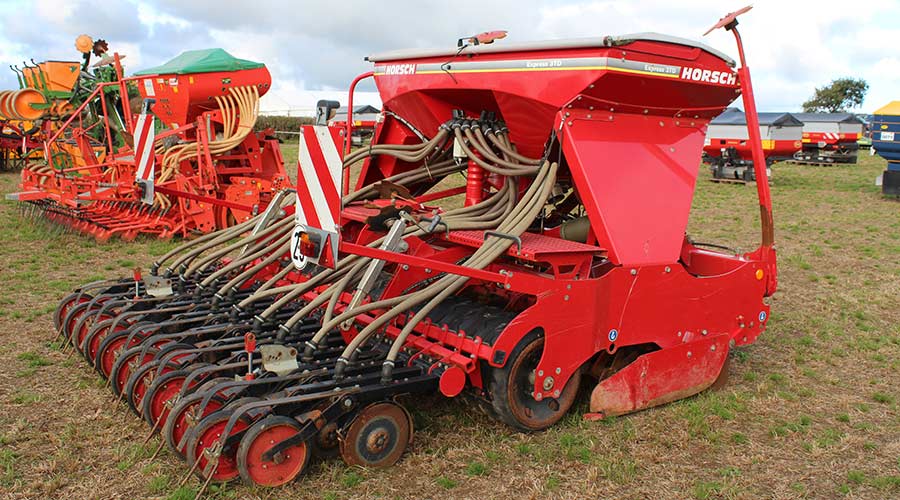 Horsch Espress 3TD
There were a handful of drills on offer, including the compact 3m Horsch Express cultivator disc drill, pictured. It was a fairly tidy 2012 model and came complete with wheel-track eradicators, and Isobus-compatible electronics.
• Hammer price: £9,750 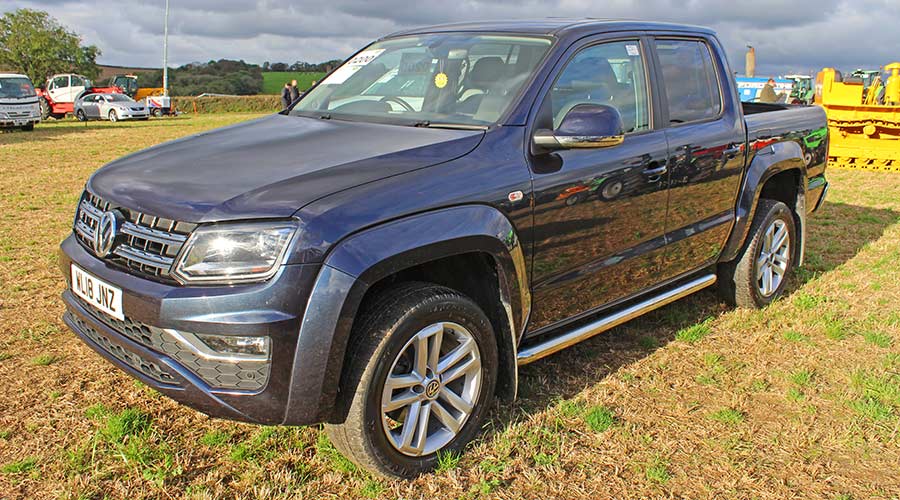 VW Amarok
A total of 16 pickups were put up for sale, including 13 Toyota Hiluxs and three VW Amaroks. The 2018 model featured was one of two V6 Highline models with a DSG transmission and full leather interior.
• Hammer price: £24,000 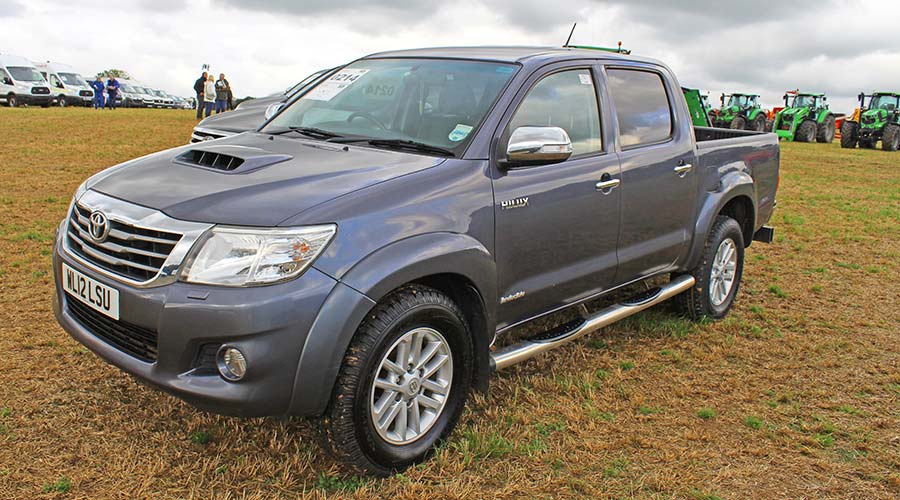 Toyota Hilux
Almost all of the Hilux pickups sold were 2017 and 2018 models, but there was a lone 2012 Invincible on offer. It was a manual model with cloth seats, sat-nav and Bluetooth hands-free.
• Hammer price: £11,500