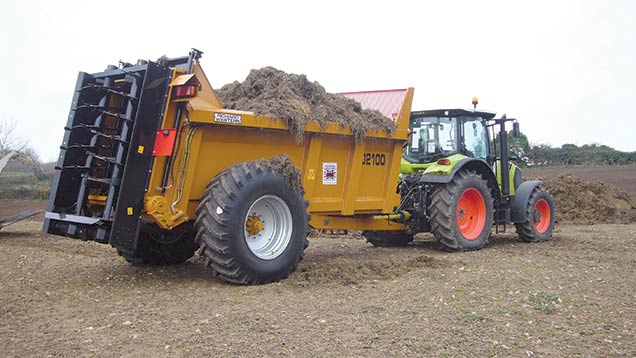 Richard Western’s day job in the early 1960s was helping on his father’s farm in Suffolk, but he soon realised he could earn extra money in his spare time using his workshop skills to make feed troughs, sow crates and other small items.

With a growing demand for the equipment he made, by 1969 the part-time occupation had become a full-time business employing three people.

A significant development came in 1971 when a customer asked Richard to make a trailer, the first step in what was to become the company’s principal product range.

Rapid expansion raised the annual turnover to £1m and employee numbers to 22 by 1977, when the business became a private limited company.

Further growth was helped by developing overseas markets, starting in 1984 with Africa and the Middle East.

Exporting remains an important part of the Richard Western business with markets as far afield as New Zealand.

Some of the expansion has also come from buying other machinery companies, a policy that began in 1982 with the purchase of a manure spreader manufacturer.

Since then, manure spreaders, both rear-delivery and side-impeller types, have become one of Richard Western’s most successful products.

They account for about 25% of total sales, with customers showing increasing interest in optional equipment such as weigh cells and radar speed measurement for better spreading accuracy.

Other takeovers included Weeks Trailers in 1984. The Weeks name was used until recently on a range of lower priced trailers, offered as an alternative to the up-market specification Richard Western brand.

A surprise move in 2002 was the acquisition of a machinery company in Lithuania, once part of the former Soviet Union.

Called Western Fabrications, the Lithuanian company makes a range of products including trailers, containers, skips, and a grain chaser bin, mostly for export throughout Europe and Scandinavia.

Turnover has increased dramatically from the equivalent of about £35,000 in 2002 to more than £5.6m last year and the Lithuanian factory now has 84 employees.

Trailers remain the best-known Richard Western products with grain and root trailers for arable areas and silage and livestock trailers for grassland farms dominating the sales.

The range also includes more specialised designs such as low loaders, flatbed bale trailers and dumpers. The Fieldrunner grain chaser bins are a recent addition, mounted on tandem axles and available in three sizes with up to 24t capacity.

Richard Western trailers are still made at the Suffolk farm where Richard started the business in his spare time, although the land is farmed by another branch of the family.