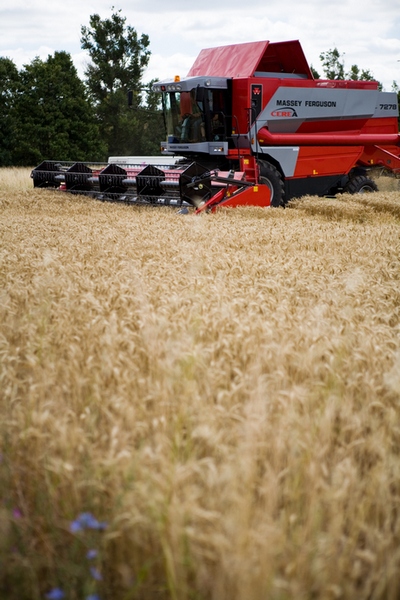 Claimed to be a world first for mobile machinery, the new power plant has been introduced to extend the company’s power offering.

In reality it’s a little more complicated than this. The design is similar to that used in Sisu’s smaller three, four and six cylinder engines which – all with a capacity of 1.4-litres/cylinder – already use common pistons, conrods, valves, timing gearsets, etc…

However, the addition of an extra cylinder in the block means a longer, stiffer crankshaft is required and the four-valve heads from a four cylinder and a three-pot are used to cap it all off.

“We’ve not jumped to a straight eight cylinder because there can be issues with crank vibrations and V8 blocks can be difficult to squeeze into tractors,” explains Mr Ylivakeri. 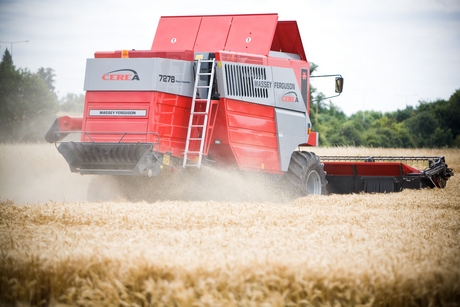 “Before common-rail technology came along this would have been very difficult to achieve because seven line mechanical injection pumps are pretty difficult to find.”

Because is fuel held in the common-rail and injection timing is handled by individual solenoid valves on each injector, the number of cylinders is not an issue from a fuel supply point of view.

In the emissions department Sisu has confirmed it will be using Selective Catalytic Reduction (SCR) to ensure all its engines meet the next round of rules.

Having been used for the last four years in commercial vehicles, the technology – widely known as ‘AdBlue’ – involves injecting urea into the exhaust stream ahead of a catalytic converter to de-oxidise nitrous oxides.

It is claimed that by adopting this approach, rather than the exhaust gas recirculation (EGR) systems used by other company’s such as Deere and Deutz, Sisu is able to maintain and improve fuel consumption.

Currently 25% of the 40,000-50,000 engines Sisu builds each year go to companies outside Agco’s fold. Examples include Sampo Rosenlew combines, Case IH’s CVXs and New Holland T7500 tractors. However it is Agco brands like Valtra,

Challenger and Massey Ferguson that are driving the demand for greater power. Expect to see the new seven-pot Sisu appearing shortly in combine harvesters and large articulated tractors.

Sisu is also due to start supplying a new Russian joint venture with engine technology and components. The 50:50 agreement between Agco and Concern Tractor Plants (CTP) sees a new engine production plant being set up at Vladimir near Moscow to initially turn out 20,000 units a year. It is hoped this will take Sisu’s combined production from its plants in Finland, Brazil and Russia 44,000/year to over 97,000/year by 2012.

CTP is claimed to be one of the world’s top 10 largest heavy engineering companies. It currently produces industrial, construction, military and agricultural machinery for markets within the former Soviet states.