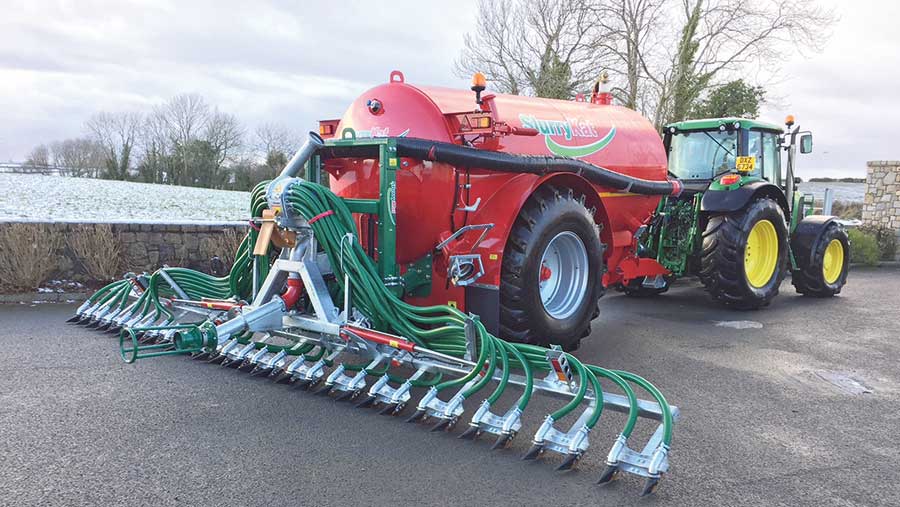 The Northern Irish firm reckons it is the only injector on the market that can carry a hose reeler containing up to 1,000m of 6in bore pipework – an arrangement previously possible only on a dribble bar system – thanks to the option of adding a 1,000m Bak Pak hose reeler.

The fully galvanized outfit has flip-up shoes, which means that the arms of the tractor or tanker do not need to be raised at headland turns or when crossing the umbilical pipeline.

The shoes fold up prior to reconnection with the Bak Pak or when leaving the field via hydraulic control from the tractor seat, and buyers can mount the injector to any tanker or use it with the hose reeler in an umbilical system.

Working widths include 7.5m and 10m options, although there are plans to launch a 12m model later this year.

The new injector goes on sale in this month, with prices starting at £11,000 for the trailing shoe and £4,950 for the reeler.