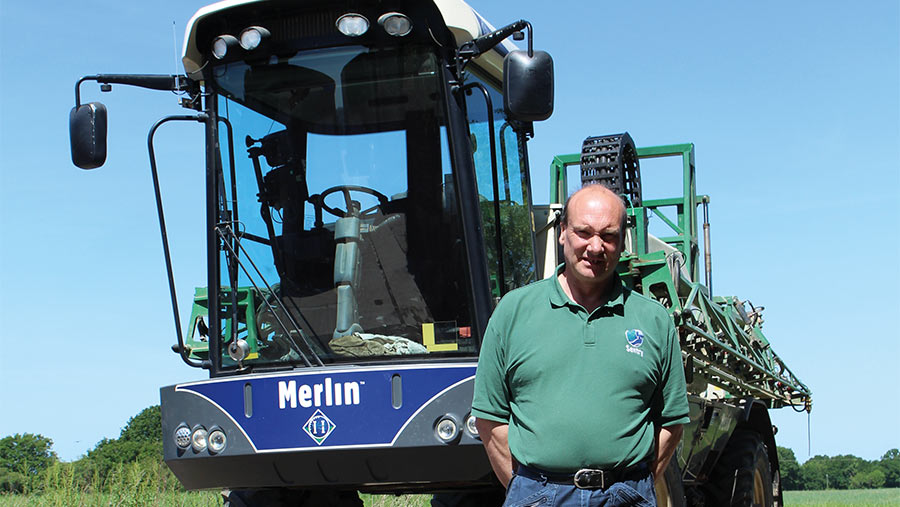 Peter Dennis has been a sprayer operator since the 1980s, driving a host of different machines from sprayers mounted on David Browns to self-propelled Chafers and his current Househam Merlin.

He has been at R Sternberg Farms, now managed by Sentry, since 2002 and was a FSOOTY finalist way back in 2004.

We have a Househam Merlin with 24m booms and a 4,000-litre tank, which was only the second model to roll off the production line; it even has the blue front decals that the company changed for green ones early on.

We initially placed our order with Househam in 2012 for an AR3000, but the company came back to say it was building the Merlin and asked if we’d like to change.

We said yes and were promised a prototype model, but it never materialised – our actual machine arrived a year later.

It replaced a self-propelled 2003 Chafer Mirage, which was certainly ready for the lorry when it left.

We had it for 10 years and, in the end, I had to constantly run at high revs to keep it going. It was a good, basic sprayer though, and served the farm well. 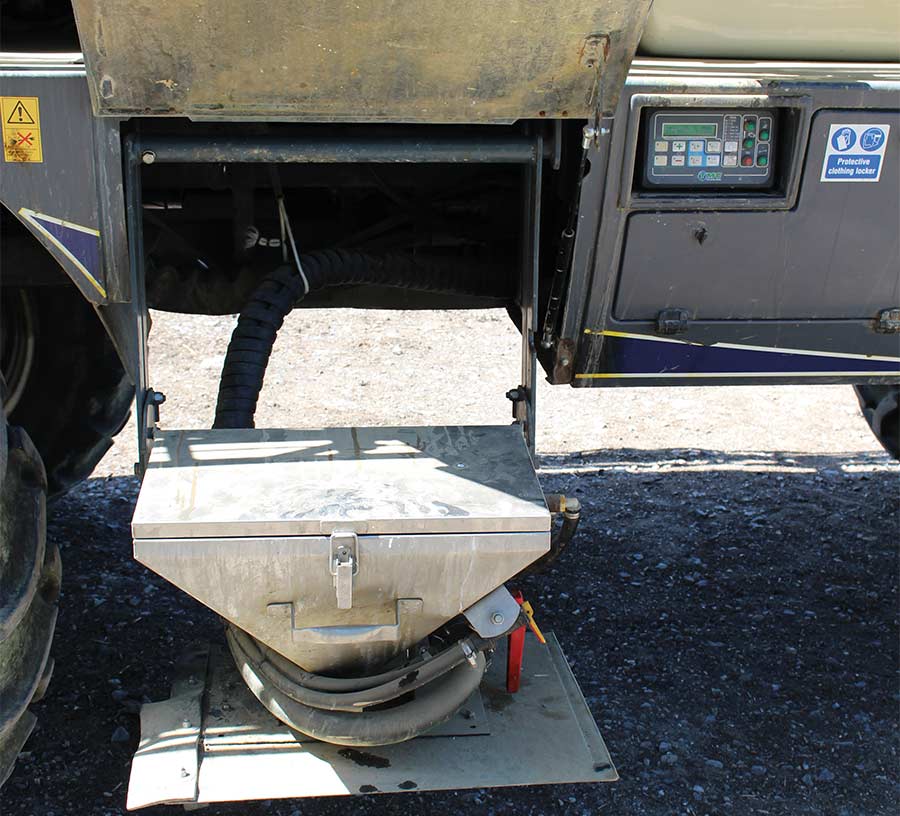 We didn’t trial any others prior to buying the Merlin, but had a good look around at Cereals in 2011.

I liked the Sands, but once we heard about the Merlin, we decided to take the plunge.

This model doesn’t have too many extras.

We went with Househam’s boom levelling system and spray control through the TMC screen, but didn’t upgrade to full auto-steer.

I would have had another Househam as the back-up has been superb and I like the look of the Harrier that came out last year.

However, the Merlin was up for renewal six months ago and Sentry decided to replace it with a trailed John Deere R962i Powrspray.

Both sprayers are now on the farm and the self-propelled will be staying around until harvest.

The R962i is an ex-demo model and has nearly every toy on it.

The abundance of technology is evidence that it was time to change the Merlin and we have significantly upped our output in the process, going to a 6,200-litre tank and increasing the booms to 36m.

I also now have full RTK guidance, which is a nice luxury.

The new sprayer and John Deere 6250R have helped out with the higher-than-usual workload over the past couple of months as a result of the extra spring cropping.

Upping output is all part of Sentry’s push to be carbon neutral by 2030.

We’ll hopefully be reducing our time in the field and, although it is nice to have a self-propelled sat ready for work, the new tractor will take care of some cultivation and drilling work, too. It will probably stay for five years before being moved on.

The Merlin has had a few sensors fail over the years – niggling issues that are to be expected from an early production machine.

Thankfully, the back-up has been excellent and Nick Snowden at Househam has become a good friend.

Our land is very varied, from weald clay to reclaimed marshland that ships used to sail through.

It is also spread out, with one block a 15-mile jaunt, so the Merlin has clocked up plenty of road miles and I’ve found it very comfortable.

However, the boom levelling isn’t as polished as it could be. It works better on bare soil and stubbles than in growing crops, despite us having it calibrated a number of times.

I have resorted to running it in manual mode, which isn’t too bad as our fields are quite level.

We’ve had two significant breakdowns, both involving the failed kingpins. Luckily, the first time this happened I was in the field and we ended up replacing all four.

The second time, the sprayer was sat in the yard and we noticed one of the front wheels was sitting at an angle where the bearing had given way.

The main problem seemed to be that the pins had too much thread on them, which meant the threaded section, rather than a straight metal sleeve, sat inside the coupling.

This weakened them quite a bit and caused them to wear quickly. Househam replaced them with modified pins in the end and it seems to have sorted it.

Other than that, we’ve just had the upgrades that most Merlin users will be familiar with, including anti-yaw improvements on the boom to help with stability.

We also had the inner sections of the boom replaced as some big cracks started to appear in the main frame.

We do all our own servicing and one thing I’d say is that access to the engine and other service items could be made easier. 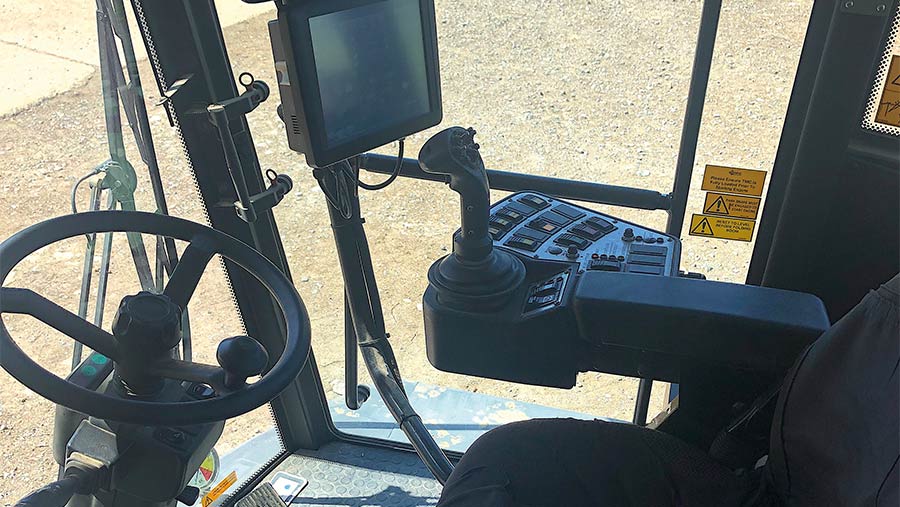 The cab’s air conditioning is poor in the summer, too. Though it’s a marked improvement on the Chafer we used to have, it can really struggle to keep the temperature down on hot days. 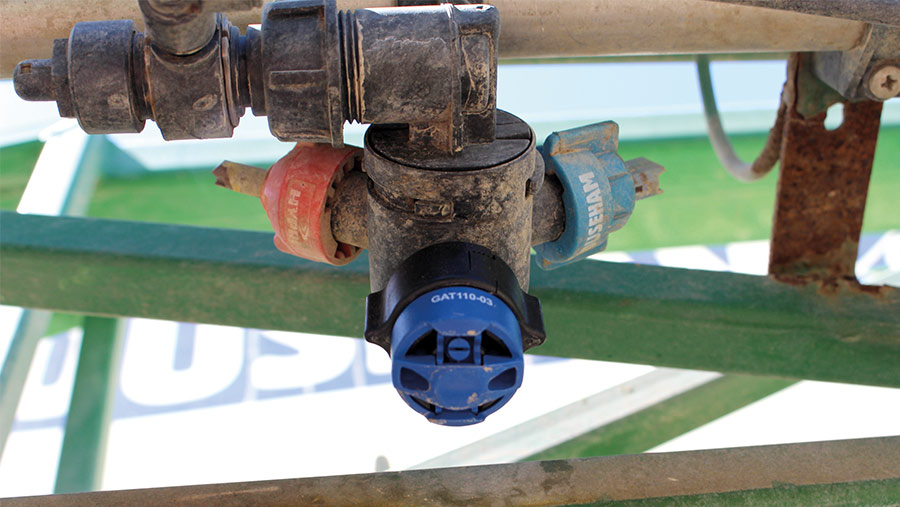 I try to avoid washing out by planning my sprays. We don’t use liquid fertiliser so getting the order right is key, particularly as turnaround times can be lengthy and we rarely use bowser back-up.

Our current filling setup is due to be replaced next year with a bespoke bunded area, along with a spray store, bio-filter and rainwater harvesting system from the neighbouring barns.

This will hopefully improve things, as we have always been hampered by low water pressure on the farm.

It has meant a stationary bowser has been stood at the front of the farm (where we get the highest pressure) to act as a water tank.

It doesn’t look fancy and is 50m from the chemical store, meaning there is plenty of can carting on big loads, so having the store next to the filling area will vastly reduce loading time.