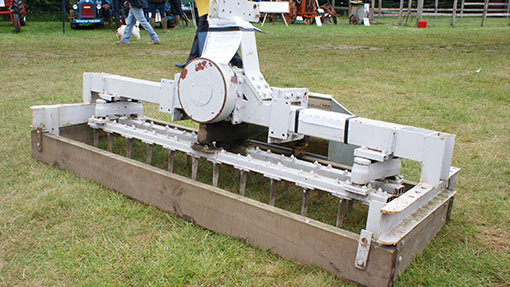 This year’s Suffolk Show gave the county’s farmers a chance to hone their manufacturing skills. Michael Williams gives the lowdown on the winners.

A chute attachment for big balers that turns each bale on its side to simplify handling won the top award in this year’s Inventive Farmer Competition at the Suffolk Show.

The competition attracts equipment built on farms throughout the eastern counties and most entries are from do-it-yourself enthusiasts using their workshop skills to make equipment that is not available commercially.

This is why Derek Keeble built the prize-winning bale-turning attachment for the big baler in his contracting business at Blaxhall, Woodbridge, Suffolk. 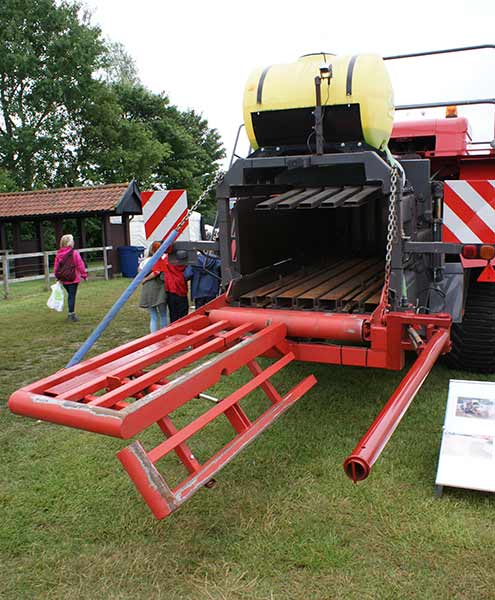 His turning unit is designed for the popular 3x4ft straw bale size, and he uses it on a Massey Ferguson MF2170 baler.

The 90deg turning action is electronically triggered after the bale leaves the chamber, allowing it to fall on its side while a spring-loaded barrier ensures it does not turn through 180deg.

The main advantage of turning the bales is that it allows them to be handled by a standard Heath bale chaser for 4x4ft bales, increasing the chaser’s load capacity from 10 to 14 bales.

Another benefit, says Mr Keeble, is that the side of the bale is exposed to rain while it is in the field, and it is the sides of the bale that benefit from air movement to dry the straw while the bales are in the stack.

The bale turner is also versatile, he says, because it can operate as a normal bale chute without the turning action when bales are to be picked up with a loader. 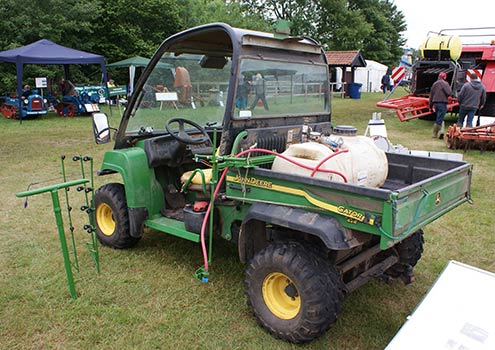 The top award in the gadgets section went to Stuart Allen’s mobile spraying unit for controlling growth under electric fences.

The Allen family’s farm at Chatteris, Cambridgeshire, is mainly arable, but they use about a mile of electric fence to control sheep grazing on the banks of drainage dykes.

The sprayer unit, mounted on a Gator utility vehicle, is used with herbicide to control plant growth under the wire, where it could cause a short-circuit.

A band-spraying head is used to restrict the application width and a special feature of Mr Allen’s design is an extending spring-loaded arm that moves the spraying head aside to prevent damage due to contact with one of the electric fence posts. 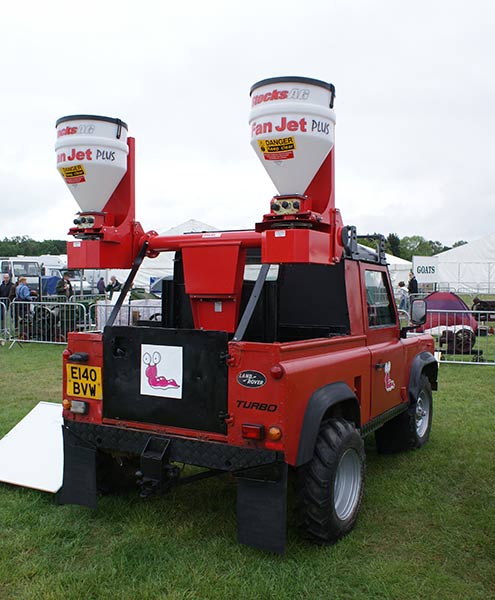 In the class for machine modifications, the winner was the self-propelled slug control unit built in the workshop at Stratton Hall Farms, Levington, Suffolk.

They wanted a high-mobility, high-output pellet applicator to reduce slug damage on a number of farms, and the result is a pair of Stocks Fan Jet spreaders mounted in the back of an elderly Land Rover.

The Land Rover is faster on the road than a tractor and the twin Fan Jets have a 36m spread. 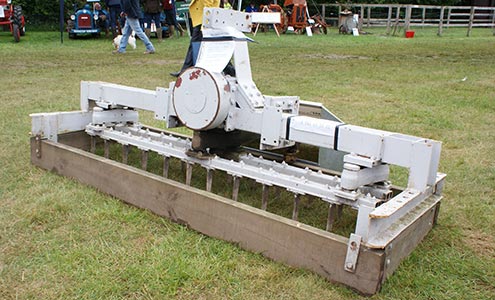 A redundant reciprocating power harrow provided the basis for the pto-powered levelling machine that won second prize in the modifications section.

Brian Kent of Aslacton, Norwich, was looking for something to level the surface of potholed tracks and the disused power harrow seemed the ideal answer.

He reduced the overall width to about 3m before mounting the machine on a rectangular frame made of timber. The wood raises the height of the harrow, reducing the tine penetration to about 2.5cm maximum, while the rear of the frame provides a levelling action.

The aim is to use the powered tines to loosen the surface and any raised areas, while the levelling beam at the rear fills in the potholes and hollows.

The leveller is suitable for most farm tracks and is used on an old Fordson Dexta tractor or a Massey Ferguson 135.

Because of its reputation for working quickly and efficiently there is a local demand from farmers who hire Mr Kent’s machine to renovate farm tracks.