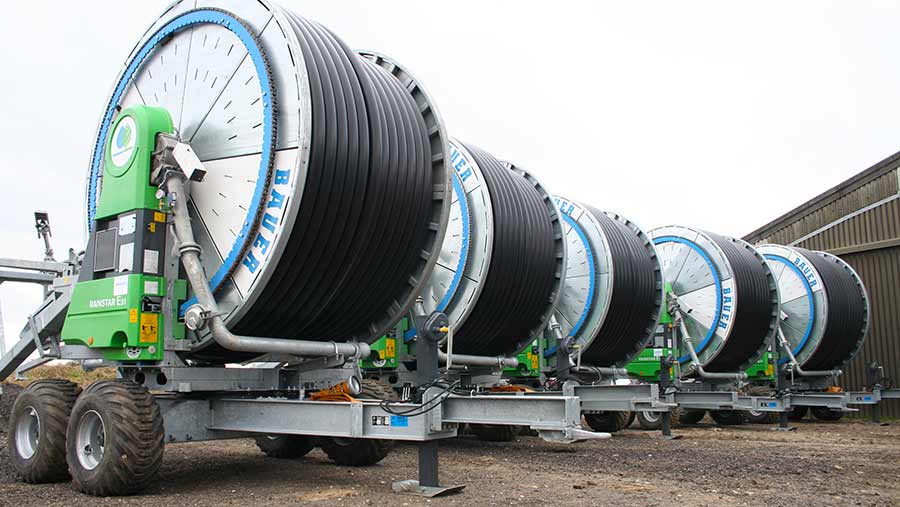 Called the Bauer Ecostar 6000, it has been developed as an alternative to the standard Ecostar 4000, which has a four-line display showing the status of the irrigator and is used to punch in set-point or retraction speed settings.

The new Ecostar 6000 controller has a 4.3in LED touch-screen for entering and adjusting settings, although basic functions, such as start, stop and reel-in speed or precipitation input can also be handled by a set of dedicated buttons. 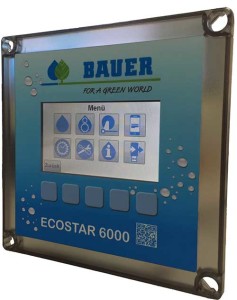 The controller can quickly be switched between retraction speed and precipitation amount operating modes. Also, a defined pipe length can be programmed to activate a signal lamp when the PE hose has been pulled out the required amount, and a timer can be set for an additional sprinkler irrigating around the Rainstar.

Users can store up to 12 different irrigation programmes that set retraction speed, pre-irrigation, post-irrigation and speed zones, and then retrieve them at any time to save having to enter individual parameters for every irrigation session.

Remote access via SMS on a phone enables irrigation managers to not only stop and start the Rainstar irrigator but also adjust retraction speed, check on the status of the machine and receive error messages – as well as a run-finished message – on up to four phones.

Thanks to the digital input on the irrigator’s water meter, the Ecostar 6000 controller also records the quantity of water used since the last start, since the beginning of the irrigation session and the running total, and these data can be transferred to farm records software using a USB memory stick.

The new controller can be installed on Bauer Rainstar reel irrigators in the compact Rainstar T Series and the full-size E Series.