The drone market has been dominated by large international companies such as DJI, with its quadcopter Phantom 4 Pro a popular out-of-the-box option that has proven to be pretty easy to use.

Such machines are useful for crop scouting and taking photos or video footage of the combine at harvest, but they also have their limitations. 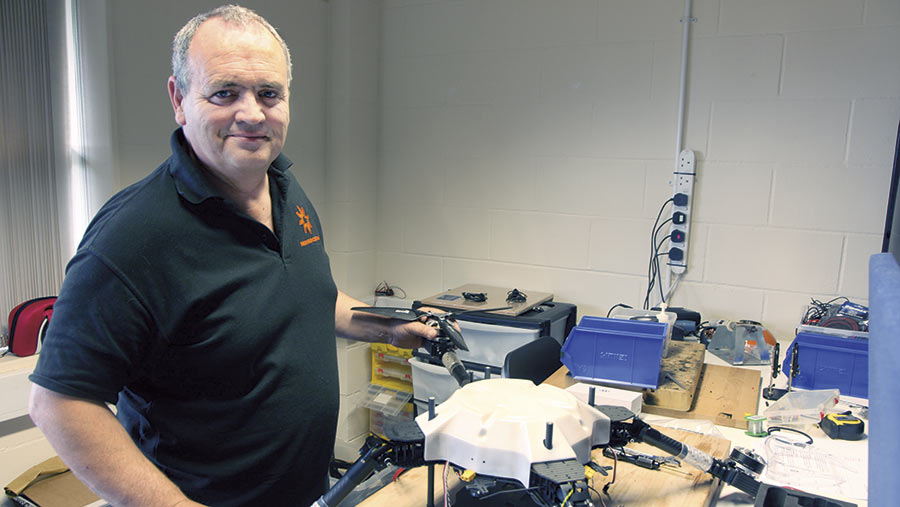 With demand increasing for more specialist cameras, and sensors now widely available to monitor crop health, standard drones such as the Phantom cannot be modified to carry them.

They also have limited flight times, with most able to cover only small areas on one battery. This is adequate for trials work, but less so for a grower or agronomist who wants to monitor larger blocks of land in a timely fashion.

While the short flight time conundrum can be solved by using winged UAVs, these operate at a greater altitude, reducing the resolution and accuracy of image capture. In addition, they require specific landing sites.

Gap in the market

Andrew Crinson, director at Ely-based company Multirotorcraft, spotted a gap in the market for a competitively priced multi-rotor agricultural drone that should address some of these limitations.

“Technology that wasn’t there 10 years ago is now freely and cheaply available and we can build a drone that is ready to go and isn’t any more complicated than what’s already on the market.

“Agri-Scout will have the simplicity and usability of a Phantom, but the system will be more specific to agriculture,” he explains. 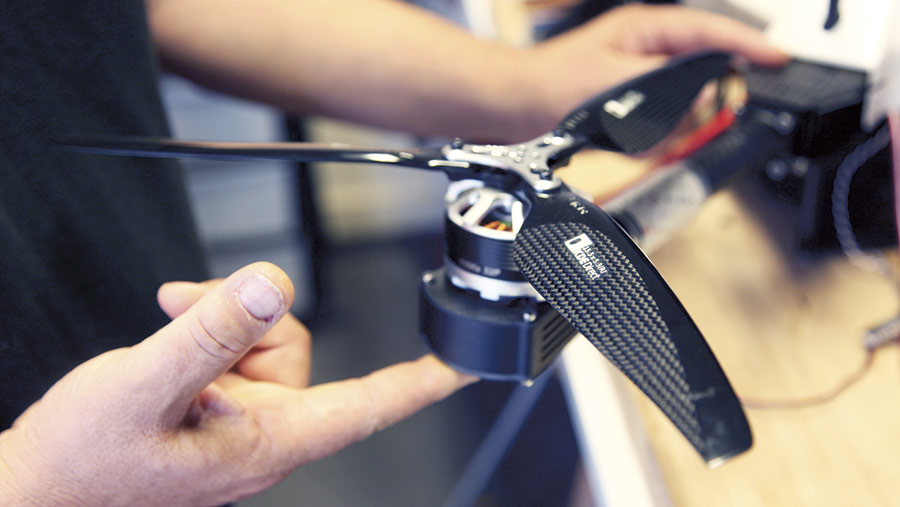 Built around a lightweight carbon fibre composite frame, the Agri-Scout weighs 3.5kg, is around 650mm in diameter and has eight rotors, so it can return safely to its start point if up to two engines fail – a lawful requirement when using drones on building sites, for example.

Keeping the weight of the drone down also allows for 30-minute flight times on one fully charged battery pack.

Although specification will be flexible, a camera capable of recording visual RGB and near infrared (NIR) will be the best option for producing image data for a wide range of crop management requirements.

Other technical features include a triple redundancy flight controller, which is the small box that contains a three-axis gyroscope that senses pitch angles, acceleration force, and contains a compass and barometer for altitude.

This can tolerate the failure of two essential elements of the controller without crashing to the ground and causing considerable damage to the drone or injuring the operator or bystanders.

Engines will also be “plug and play”, with the supporting arms for each motor detached by simply pushing and twisting, allowing for swift replacement in the event of failure, without the need for an experienced technician.

Mr Crinson adds that protection against moisture has been a big consideration in the design because drones can sometimes be caught out in the rain.

“If at the furthest point of your mission it starts to drizzle, our ingress protection will ensure that the machinery is protected and reduces the chance of any failures,” he says. 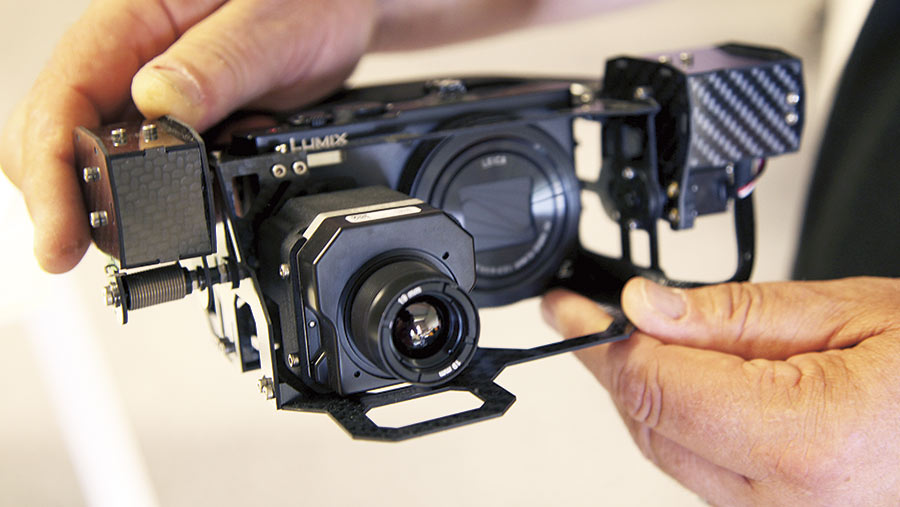 The Agri-Scout will be controlled by DJI’s software, which allows pilots to simply and easily plan and execute scouting missions from an iPhone or iPad.

In addition to offering the hardware, Multirotorcraft provides full training at handover and has the advantage of being a local firm, so will be able to provide fast after-sales support for UK growers.

For those who do not want to fork out for a new drone, it will also offer crop monitoring and data processing services for farmers for around 20p/ha.

“Our focus is to provide products that fulfil the needs of agricultural users and help get the maximum benefit from the data they are collecting,” adds Mr Crinson.

Price will vary on instrument specification, but potential buyers can expect to pay between £5,000 and £10,000.