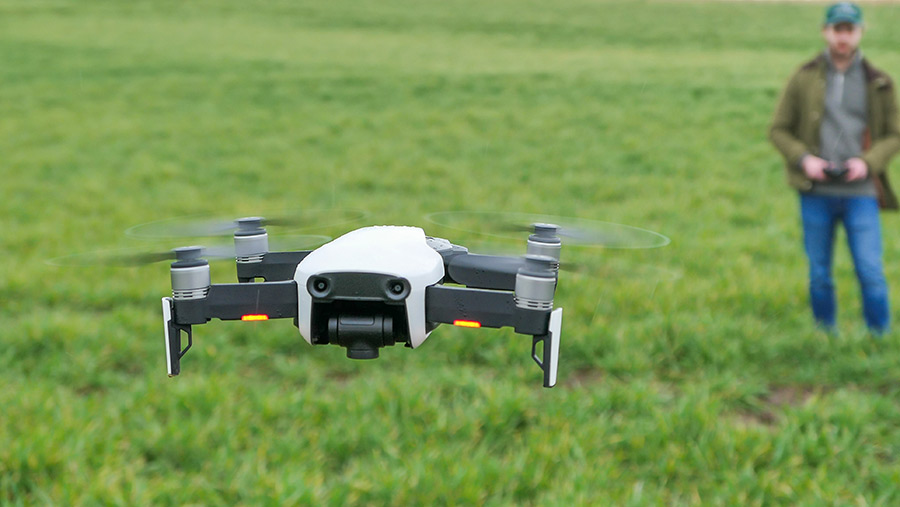 The Skippy Scout can be used to check pest, weed and disease levels across a field without agronomists or farmers having to clock up loads of miles on foot.

Handily, the app will work with several off-the-shelf DJI drones, including the Mavic, Phantom 4, Inspire 2 and M200, some of which are available for little more than £500.

It’s currently only built to work on an Apple iPhone 6 or better, so Android users will have to wait a little longer for the software to be developed.

See also: How to avoid drone insurance and licensing pitfalls

To get it working, details about specific fields and target points of interest are entered on the smartphone, after which the drone sets off on its scouting mission.

High-resolution pictures are taken from just a few metres above the crop and the company estimates that it will cover roughly 2ha/min at a rate of two picture stops per hectare.

These are downloaded to the user’s smartphone as the drone flies and should provide far more detail that typical satellite images.

Algorithms are able to detect nutrient deficient leaves and calculate green area indexes across different patches of the field.

The app is also able to work out crop growth stages and, in time, will be able to identify specific weeds.

The service is subscription based with two pay-monthly pricing tiers – one for farmers that costs roughly £30 and another for agronomists that will be £50-£60.