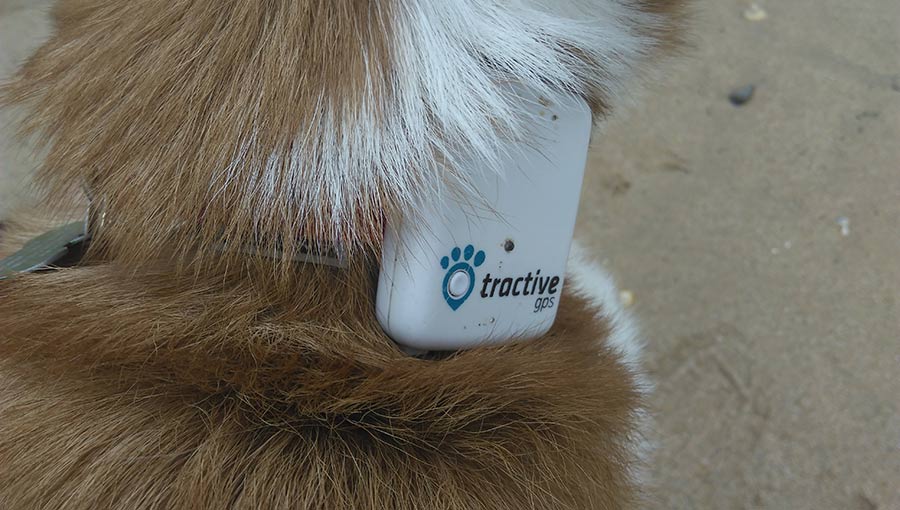 Whether it’s a working sheepdog or an ancient scruffy terrier that spends most of its time by the Aga, losing a dog is pretty upsetting. Luckily, there are now serveral GPS dog trackers, which can help locate a missing dog, before it comes to harm.

According to the Rangersdog website, there are now more than six different tracker units on the market and they seem to work in more or less the same way.

I chose the Austrian-made Tractive unit for my dog, simply because the local pet shop stocked them.

It consists of a 3cm x 3cm dongle that clips to the dog’s collar. It doesn’t look particularly tough, but it’s never come off accidentally even though the dog makes a point of diving into the thickest of brambles.

It’s waterproof and all-but-unbreakable, says the company, and weighs a modest 35g.

So what does it do? For a start, you can set a geofence (via an easy-to-fathom app) that warns you automatically on your mobile phone if the dog has moved.

That takes about 20 seconds, so it can get a flying start.

You can put the app on as many individual phones as you want, so a couple of people can search for the same dog in different places simultaneously. 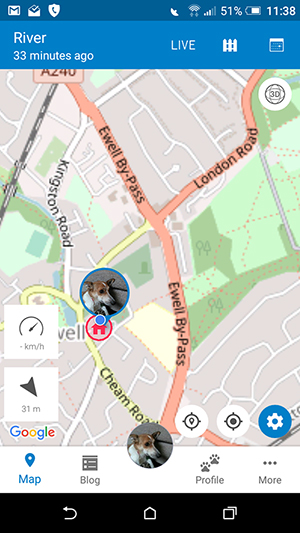 Also, when you look at the screen on your phone, you will see a very detailed map (similar to an OS 50,000 map) that shows woods, field boundaries, spinneys and footpaths.

As well as showing the path (in red) that the dog has taken, it will also tell you how long it has stayed at any particular place by showing different colours.

You can even make the dog’s collar whistle or shine a light from your phone.

It’s not foolproof, of course, and relies on a reasonable 3G/4G signal. So if the dog is down in a hollow for a while, the Tractive may not ‘see’ it for a while.

However, when it’s set on live-tracking mode it will update every two to three seconds and show where the dog is heading.

Even if the dog covers a really long distance, you should be able to still track it.

A full battery will last anything from two days to five days, depending on how much checking of the dog’s progress you do.

It recharges fully in about two hours using a somewhat fiddly clamp system.

The initial cost of the Tractive is about £45 and the monthly subscription is £3.33. There’s a lost-cat version too.