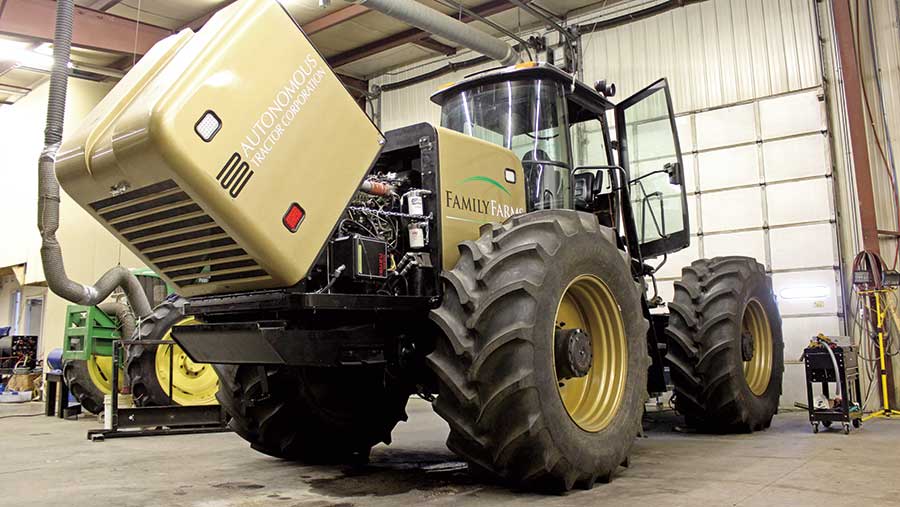 The Autonomous Tractor Corporation (ATC) has found a way to recycle old tractors to get another 25,000 hours of labour from a wornout workhorse.

The US company, tucked away in a yard just outside Minneapolis, Minnesota, has built a kit that allows a tractor’s clapped-out transmission and differentials to be torn out and replaced with diesel generators and electric motors.

Looked after correctly, the new-look driveline should double the life of the tractor – and it costs a fraction of the price of a brand-new vehicle, according to ATC vice-president Terry Anderson.

Mr Anderson set about redrawing the tractor-building blueprint back in 1999, after realising the limitations and costs of traditional designs.

Radical changes in tractor drivelines have been pretty thin on the ground since the diesel combustion engine hit the agricultural scene back in 1927, and ATC’s system is the first aftermarket diesel-electric drive available for tractors.

Unlike Tesla’s foray into pure electric automotive power, the hybrid diesel arrangement avoids the need for an expensive combination of batteries that would struggle to store the sort of energy required for power-hungry farm jobs.

Why replace the driveline? 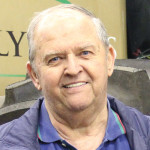 The biggest and best tractors now come with a price tag to scare the wits out of most bank managers, and are almost wholly reliant on a dealer’s laptop to track down problems.

Mr Anderson’s aim was to concoct a system that could extend the life of long-in-the-tooth tillage tractors at a fraction of the cost of buying new.

The idea is that conventional cabs and frames have a long life expectancy – far greater than the working components – but they end up getting scrapped when the rest of the tractor gives up the ghost.

Hire companies are particularly interested in extending the working life of their machines, and one – Pacific Ag Rentals – is seriously considering the idea of removing the transmissions of well-used tractors on the fleet and replacing them with electric motors for the front and rear axles.

Electric drive systems already exist in other markets, but developing one to suit a tractor required serious head-scratching, given the high starting-torque demanded by farm machinery.

ATC sells its eDrive system as a 200hp or 400hp refurb kit designed to fit any make and model, and includes the variable-speed electric wheel motors, a generator and the controls in the dealer-fitted package.

Installation is a daunting job that requires a complete strip-down of the existing drivetrain and takes up to three weeks to complete. In all, only the cab, frame and engine will remain.

To fit the new system, most of the old girl’s vital organs are torn out and either scrapped or flogged – the near-naked body of an old John Deere 6415 sat in the workshop gives a good idea of the size of the task. 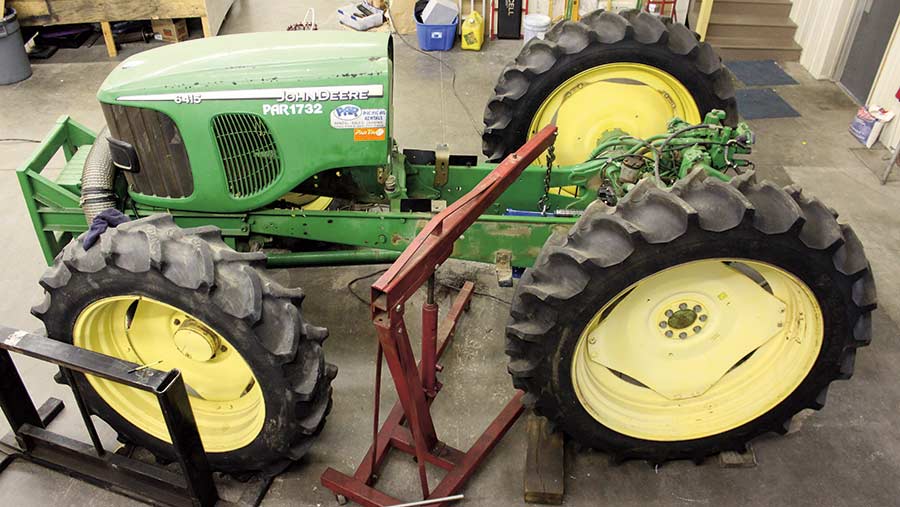 Truckloads of transmissions, differentials and axles are pulled out at the company’s base and sent off to the scrappy. In their place go ATC-built wheel motors and an electronic torque controller. Off-the-shelf diesel generators are fitted front and back on the big artic-steer tractors to drive the four 100hp wheel motors.

The system can also be fitted to two-wheel drive tractors – it just requires a single generator and two motors to do the job.

If the engine is a reliable runner then it can stay, but it’s just as easy to switch it at the same time, too.

A joystick control and big display screen is also fitted as part of the kit.

Once the initial fit is complete, maintenance is easier than an old-school gearbox drive, according to ATC.

Gearboxes are a particularly expensive component and down-time can rumble well into several weeks, so quick-fixes will be a big appeal to those that rely on fewer, bigger tractors.

Service life of the oil-cooled, oil-lubricated motors is up to 25,000 hours, and they will need very little TLC before that point. If there is a problem, the motors are designed to be whipped off and replaced in less than an hour, with no need for any specialist kit.

Is it better on fuel?

It rolled into the workshop with a 10.1-litre, six-cylinder block rated to 300hp and was able to produce 239hp at the drawbar prior to the re-fit. Average fuel consumption was 16.7gal/hour.

The post-rebuild stats make better reading – it has morphed into a 400hp tractor capable of delivering 352hp at the drawbar, thanks to fewer power-sapping components. ATC also reckons it now averages 14gal/hour from the diesel tank – considerably less than before – and works more quietly in the process.

The company has done the maths and makes bold claims of 50% savings over a standard set-up.

Does it just work on tractors?

No – a hydrostatic sprayer is another machine that lends itself to electric wheel motors. 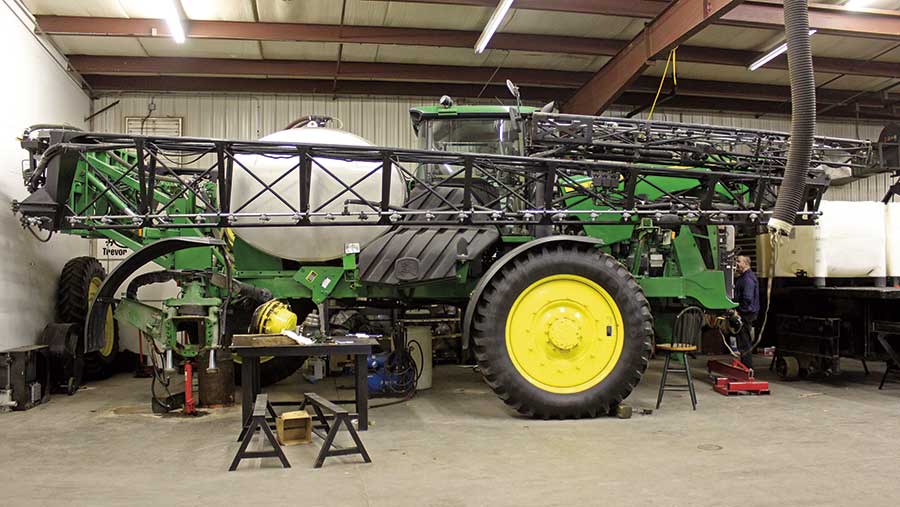 In the future, there will also be the option of providing an AC or DC current to power electrically-driven implements. Several of the major implement manufacturers have dabbled with the idea of electric power to replace pto drives, so there’s a good chance this will be handy in the future.

Who makes the components?

ATC currently manufactures almost all of the components in-house – including the liquid-cooled circuit boards, which are built by a specialist division of the company.

The company makes the high-torque, high-voltage electric motors at its factory, too.

Have any been sold?

The idea is to establish a distribution network with dealers that will be trained in the complex fitting task and will also be able to service the tractors.

ATC has also developed its own driverless tractor system – an alternative to GPS navigation – that it can pair with its eDrive transmission.

According to Mr Anderson, GPS will never provide a service that is reliable, safe and secure enough to leave tractors to get on with cultivation work without an operator in the seat.

Instead, its version uses laser and radio signals to locate its position and form a field boundary. Two RTK base stations fit to the tractor, and another two are propped up at either end of the field, to provide an accurate picture of its location without the risk of the signal dropping out.

At the same time, the tractor sends out sonar pulses, which detect any obstacles up to 18m ahead.

If the tractor loses its position, identifies a problem or spots something blocking its route it will stop immediately and send a text to the farmer. It can even send a picture of the trough, tree or telegraph pole blocking its way.

The system is currently available only on an eDrive tractor, but the company hopes to roll out the technology to other brands in the future. It costs about £10,000 – not too far off regular GPS guidance. 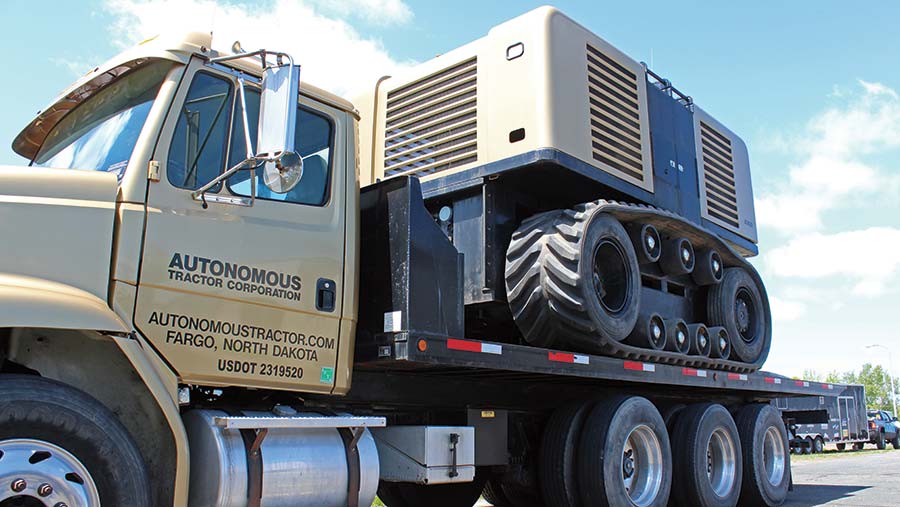 ATC first hit the headlines back in 2012, when it pulled the wraps off its debut driverless tractor.

The boxy-shaped Spirit comes with no cab and no space for a driver, and uses two 200hp Isuzu engines to power a generator and a gang of electric motors. Doing away with the transmission and differentials means it can potentially put 20% more power to the ground and run more frugally compared with a run-of-the-mill tractor.

It has since been used as building blocks for a self-propelled chaser bin.

Using ATC’s laser-radio guidance system, the chaser can be left to scurry around the field between the combine and the wagon without any input from an operator. Capacity is a modest 11t, but it can get up to 18mph and unload in 40 seconds – the idea being that it does lots of small loads to reduce soil compaction.