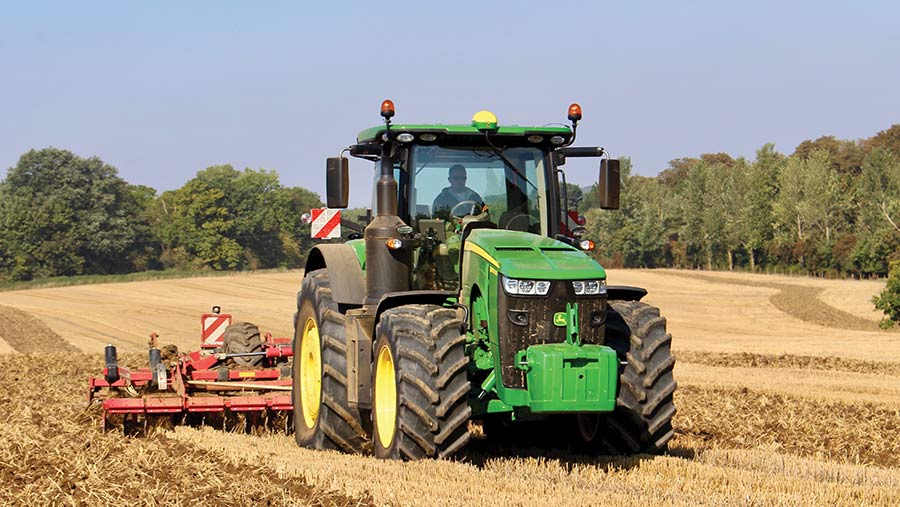 John Deere has discontinued one of its key app-based task management tools.

Used by operators to manage and record jobs through the company’s precision farming packages, the MyJobs app was withdrawn at the start of January.

The firm says the reasoning behind this was twofold. First, it wants to further integrate task management into the actual tractor terminal rather than relying on third-party hardware such as tablets and smartphones.

The second reason cited is that global uptake of the MyJobs app was lower than anticipated and so the cost of running and maintaining the software could no longer be justified.

But a number of businesses using the MyJobs app feel disappointed in losing a tool they had come to rely on for sending job information to operators in the cab and receiving task data back at the office.

Deere says it is working on a solution to replace the discontinued app under its Operations Center “umbrella” software.

Running through the company’s latest Gen4 tractor/implement controllers as well as office-based PCs, the firm says it carries at least some of the functionality as before but recognises it is not a like-for-like replacement.

Operators without a Gen4 display wanting to use the Operations Center software – including its task recording and management package – will need to purchase this latest model screen at a cost of between £2,000-£4,000.

To communicate with the machine, they can switch to Deere’s Operations Center app, which has a Work Planner function.

However, this doesn’t carry all the features the MyJobs app did – specifically lacking the ability to store notes attached to job cards long-term.

John Deere says it intends to improve its offering in this area and aims to return to a similar level of functionality as offered before, albeit through its own hardware.