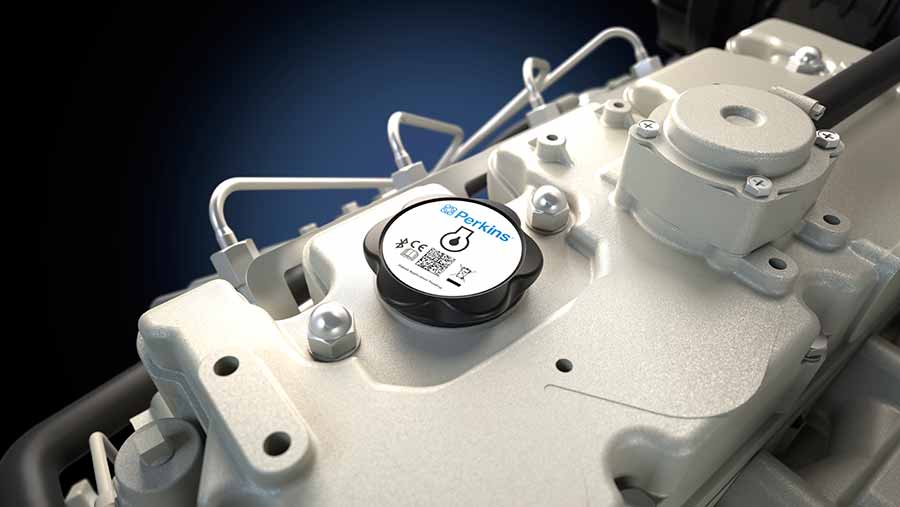 The Perkins SmartCap is fitted in place of the existing oil filler cap, and transmits operating and service data to a smartphone

While there will be no surprises inside the next generation of Perkins engines when they are required to meet stage 5 emissions regulations in 2019, the famous Peterborough maker is likely to be revealing some new agricultural customers for its engines over the coming year.

The manufacturer has been part of Caterpillar for the past two decades and this year celebrates 85 years since its foundation by Frank Perkins in the Fenland city.

The company has seen its brand retained and revitalised under its parent, as it seeks to capitalise on the reputation of the name in the wake of several new entrants coming into the industry.

With former parent Varity having sold Perkins not long after also disposing of Massey Ferguson in the mid-1990s, and MF’s then-new parent Agco latterly buying the Sisu (now Agco Power) engine concern, the tractor brand once synonymous with Perkins now uses relatively few of its powerplants.

However, the list of agricultural machinery manufacturers using Perkins power remains a lengthy one.

In addition to some Agco machines, it includes international players such as McCormick, Landini, Manitou, Claas and Knight.

Also using Perkins blocks are newer names to UK shores, such as Austria’s Lindner and Armatrac from Turkey.

With the firm staying tight-lipped for now, but sources suggesting it has new prospective customers up its sleeve, the reasons for retaining the Perkins brand are clear, says Duncan Riding, senior technical steward at Perkins.

“It’s a name that remains recognised around the world, in a sector where others have come and gone, and that’s worth a great deal.”

Mr Riding took the opportunity of the firm’s recent 85th anniversary to reveal that the stage 5 emissions legislation, due to take effect on 1 January 2019, should have little effect on machine operation where Perkins engines are concerned. 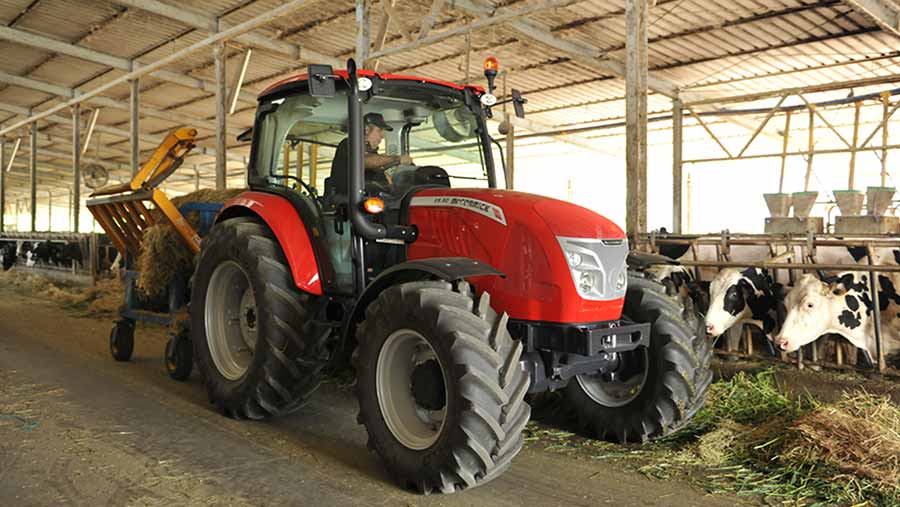 Buyers of Stage V machines from Perkins customers, such as McCormick and Landini parent Argo, will notice little effect on the way they have to operate their machines, says Perkins

“So users will notice little impact on machine operation or performance. Stage 5 targets are relatively easy to reach technologically, but require further enhancements of existing equipment, component design and reliability.

Meanwhile, Perkins has introduced what is said to be the world’s first low-cost engine connectivity device, based on a “smart” oil filler cap. 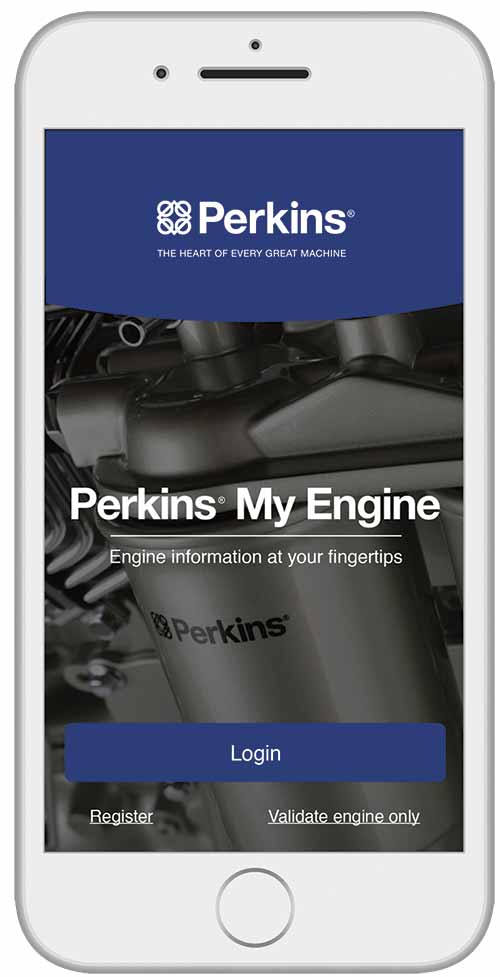 Compatible with both new and old engines with electronic or mechanical fuelling, the Perkins SmartCap replaces the existing filler cap.

It incorporates bluetooth-type wireless technology to allow users to monitor key engine data via the free Perkins My Engine app, available for Apple and Google-based smartphones.

“Via Smart Cap and the My Engine app, users of Perkins engined machines can more easily monitor the engine and its servicing requirements,” explains Michael Wright, Perkins’ after market general manager.

“Quickly retrofitted to any Perkins mechanical or electronic engine, the SmartCap can instantly provide engine telematics and access to engine specific information such as the engine’s series, type and model, operating hours, number of starts/stops, parts book and operator’s manual, a consumables list, a forthcoming service schedule and a completed service log.”

“In addition, it displays parts information and receives service updates. With the data transferred to a smartphone or computer, it’s then possible to also see, for example, how much of an engine’s hours were spent at full load or a high rpm.”

“Users can register their Perkins engine, access their operating maintenance manual and parts book, and create a service record via the app, and there’s also a distributor locator feature.”

SmartCaps can be specified on new Perkins engines or purchased at £39.99 for retrofitting. There are no ongoing costs for the unit beyond battery replacement.